This is another Mann O'War 3D PLA hull from designer Simon Mann. It is his representation of the Temeraire class 74 gun French ship of the line. I have previously built a 1/1200 scale Duguay Trouin using a Navwar model at https://volsminiatures.blogspot.com/2015/12/navwar-french-74-gun-third-rate-duguay.html?m=0 on this blog in December of 2015. In that post I provide the full history of this ship so I will not repeat it here. I will just say that this ship was captured by the British just after Trafalgar and renamed the Implacable. The hull and ship's boats are 3d prints. All of the rest is scratch built. 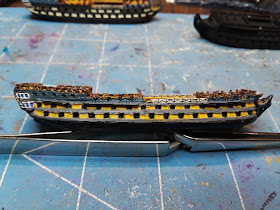 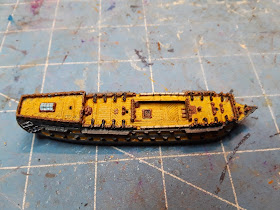 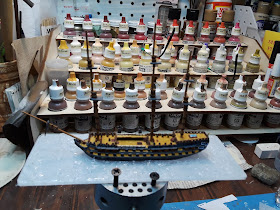 I have kicked around the idea of making cloth sails for sometime now. I found some tight weave white cloth at a fabric store a while back that has been aging in my supply drawer, so I decided to give it a shot. I used the same 3rd rate sail stencil that I use to make my usual paper sails to trace out the sails on the cloth. I also drew in the sew lines with a sharp pencil before I cut them out.

To shape the sails I mixed some watered down PVA glue with a dollop of Country Twill paint and a drop of Antique White. I dipped each sail into the mix then let the excess drip off. Then I draped them over a set of larger 1/450 scale sails from a Victory plastic kit I haven't built yet. 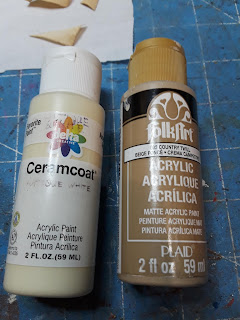 The pencil sew lines showed through pretty well after they dried. 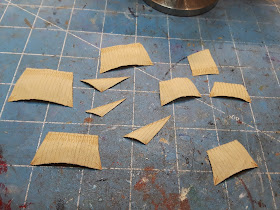 In this picture there are three completed jib and fore staysails and three staysails I decided to add still in process. Note that I forgot to draw in the sew lines before the dip. I just penciled them in lightly after they dried and I couldn't really tell a difference. 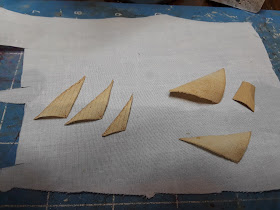 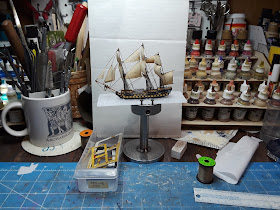 The running rigging, flagging and removal of the acrylic base's plasti seal film are the last things before completion. 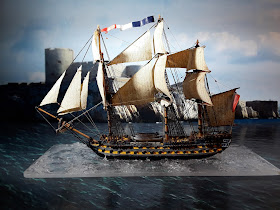 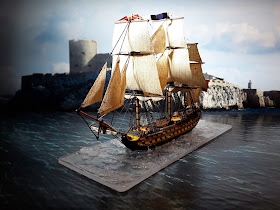 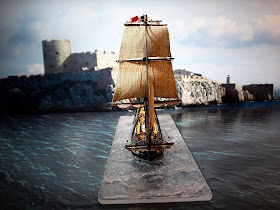 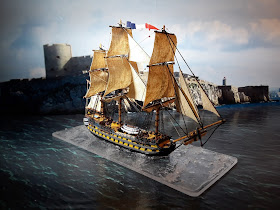 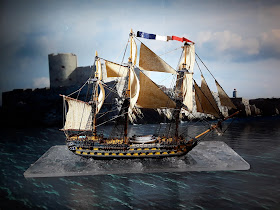 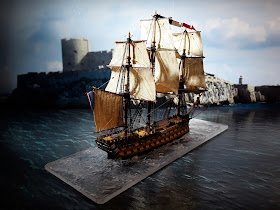 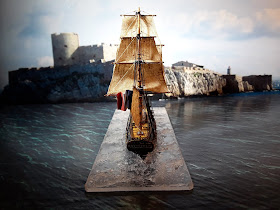 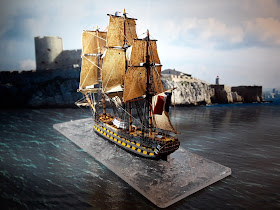 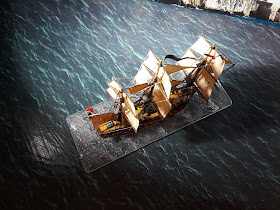 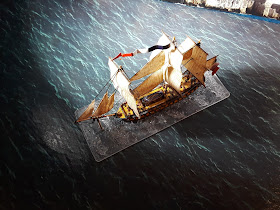 I've been thinking a lot about book nooks lately so I don't know at this point what will be next.
A Miniatures Hobby Room at 8:07 PM
Share