With all of the fires burning in the Northwest the smoke here has been so bad that we have just had to stay indoors a lot. Which has been a great excuse to spend some time in the shop.

I ordered three of Brigade Models new European forts last Spring from Pico Armor along with several packs of guns. These models are excellent! Perfectly scaled for 1/1200 AOS model gaming. And they are resonably priced. 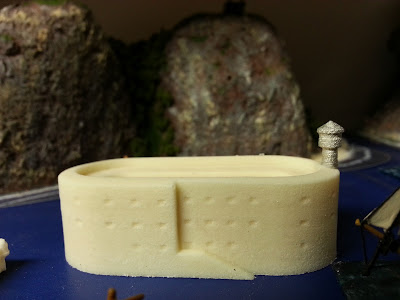 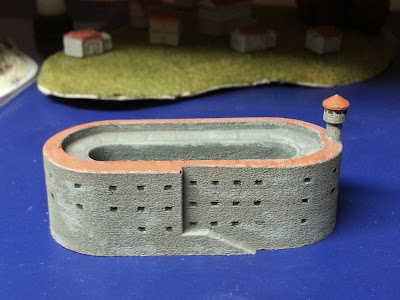 Next up is Fort Louvois or Fort du Chapus. The fort was built between 1691 and 1694 during the reign of Louis XIV to protect the Rochefort Roads from the South. The area that the battery occupies is about 171 and 180 ft (52 and 55 meters). The firing platform is 39 ft (12 m) above the surface of the water, and the battery's lateral coverage is 180 degrees. The keep has five levels and is 79 ft (24 m) high. A causeway that is submerged at high tide joins the fort to the shore. In 1755 Fort Louvois saw modifications that were intended to keep pace with advances in weaponry. One result was the reduction in the number of embrasures for artillery to ten from the original sixteen. The battery lost its roof, and the fort also recived latrines on the walls. These were the last modifications to the fort. I have kept the original 16 cannon for the model. 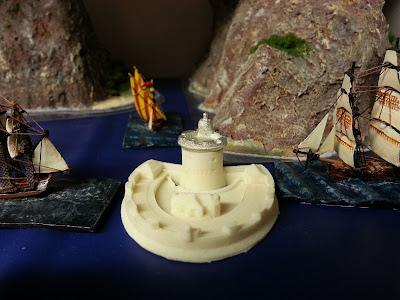 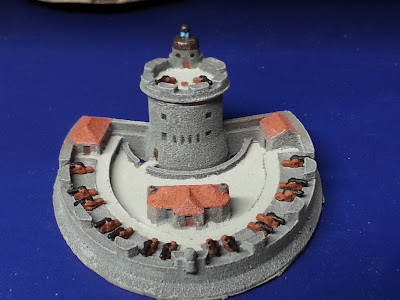 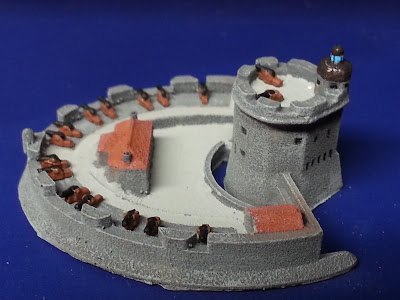 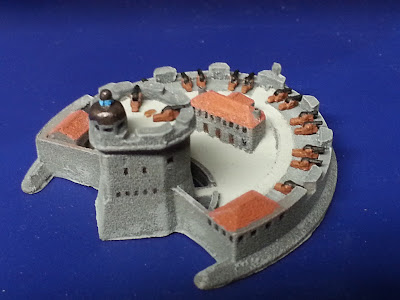 The last is Fort Lupin also called Fort de la Charente, completed in 1689. The fort is located on the Southern bank of the Charente river, built on a rock midway between the river mouth and the first meander towards Rochefort. This position was advantageous, allowing the guns of  the fort to either enfilade the Charente against warships trying to enter the river or to fire on the rear of any vessels that passed the difficult entrance to the river. It crossed the fire with another fort built on the northern bank of the river, Fort de la Pointe. On the river side the fort's semi-circular battery measures 236 ft (72 meters) with 22 embrasures for guns 16 ft 4 inches (5 m) above the river at low tide. 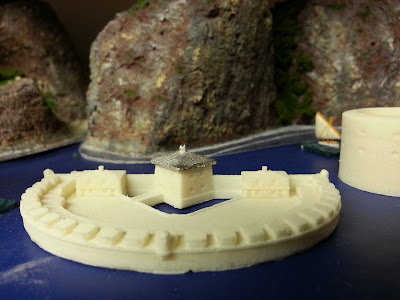 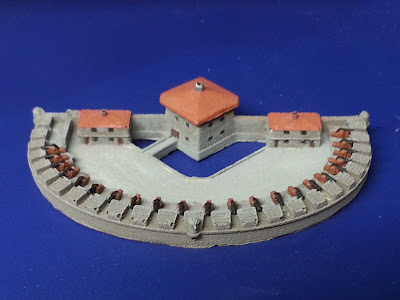 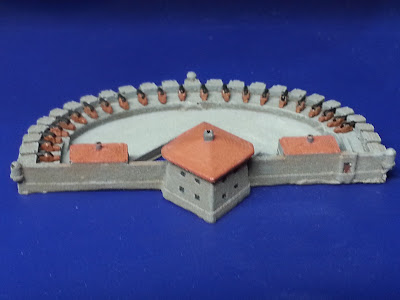 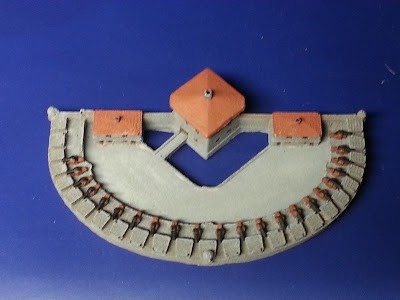 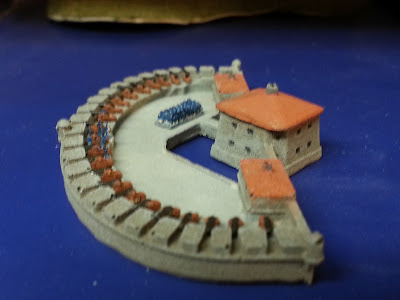 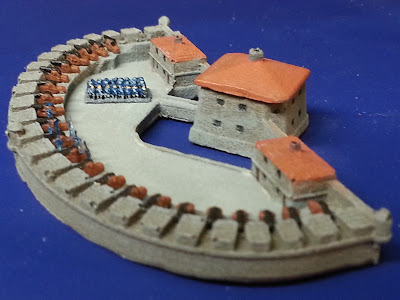 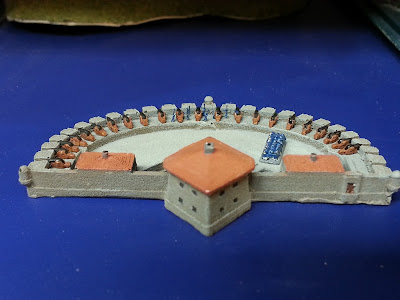 Posted by A Miniatures Hobby Room at 6:41 PM No comments: