In 1784 corsairs attacked the Betsy, a 300 ton brig schooner that had sailed from Boston to Tenerife Island, about 100 miles off the North African coast, selling her crew as chattel on the markets of Morocco. Other vessels, such as the Dauphin and Maria, were also siezed, this time by Algiers, and the horrifying experiences of their captive passengers relayed back home were the cause for outrage.

The new U.S. government still sued for peace. The Betsy's release had been negotiated and to the accompaniment of America's first diplomatic accord, the Treaty of Peace, Friendship and Ship-Signals, was signed with Morocco in 1786. But no sooner was the ship let go and its captives freed than it was recaptured by Tunis and renamed the Meshuda.

A Scot named Peter Lisle worked as a deckhand aboard the Betsy. Rather than become a slave he converted to Islam and took the name of an earlier corsair as his own - Murad Reis. The Bashaw of Tunis gave him command of Meshuda. The vessel now carried 28-guns and had a crew of 360 men. Reis liked to display the national flags of the vessels he took in the order of importance to which he regarded them. The American flag held the lowest rank. He eventually became admiral of Tripoli and married the daughter of Yusef, the Bashaw.

In 1803 Reis led the boarding party that captured the USS Philidelphia after it grounded on a sand bar in Tripoli's harbor. When he questioned the captured Americans, now slaves, about William Bainbridge, he wanted to know whether their captain was a coward or a traitor. The sailors defended Bainbridge, to which Murad Reis replied, "Who with a frigate of 44 guns and 300 men would strike his colours to one solitary gunboat, must surely be one or the other."

Six years earlier on May 16, 1797 Meshuda took part, along with two similarly sized xebecs and three smaller vessels, in an action against a small Danish fleet sent to attack Tripoli, consisting of the 40-gun frigate Najaden, an 18-gun brig Sarpen, and a hired 6-gun xebec.During the encounter the corsairs almost managed to board the frigate and although the smaller Danish vessels were more of a hindrance than help, the Tripolitans retreated after two hours and the Danish fleet blockaded the harbor. The Danes were commanded by then captain Steen Andersen Bille who went on to command a naval division in The Battle of Copenhagen. 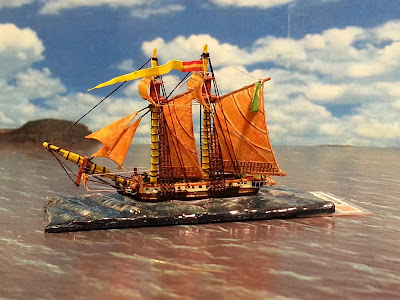 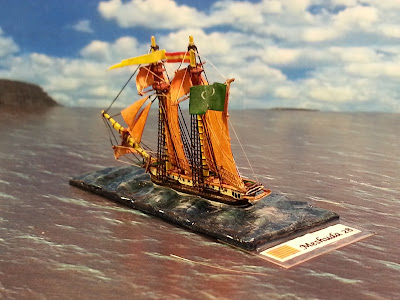 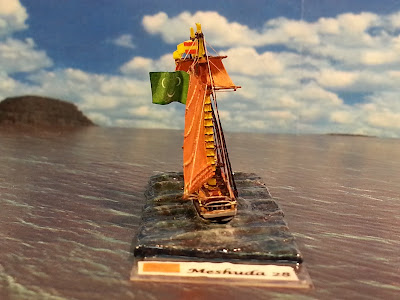 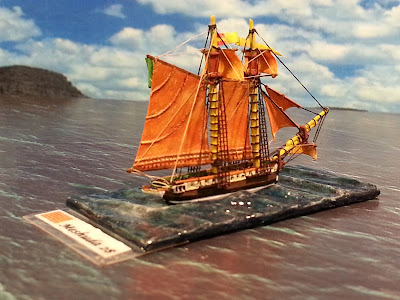 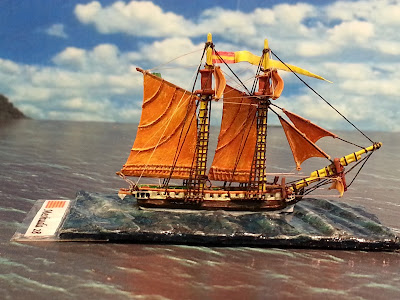 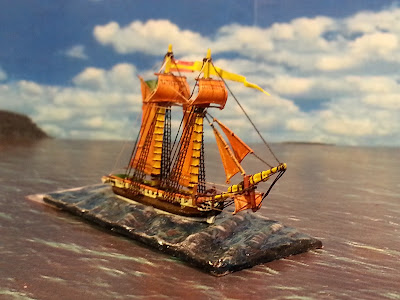 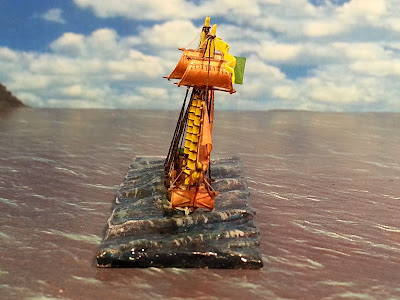 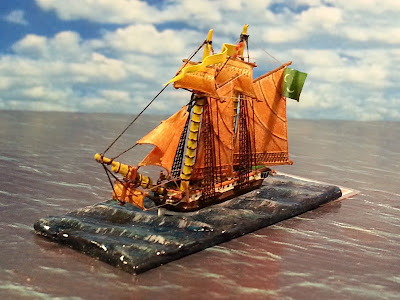 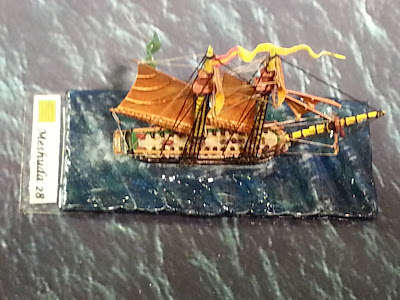 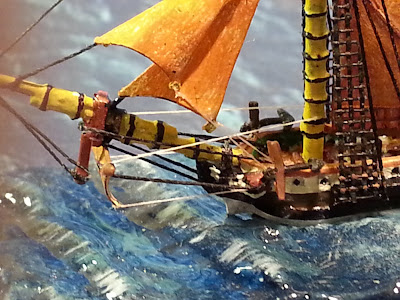 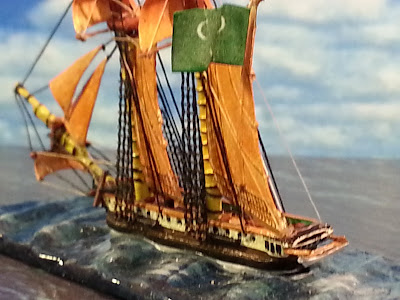 Posted by A Miniatures Hobby Room at 8:26 PM 2 comments: