Well it has been a productive summer in all things but finishing my Dutch fleet. I did finish another Navco 64, but since it was much like the one in my last post I didn't feel it was worthy of another post.

ThreeDecks lists a different armament for 68 guns (not counting carronades) as follows:

The Davco model reflects the 64 gun version. My next ship is the Langton 68 gun Dutch 3rd rate, which more reflects the ThreeDecks version. 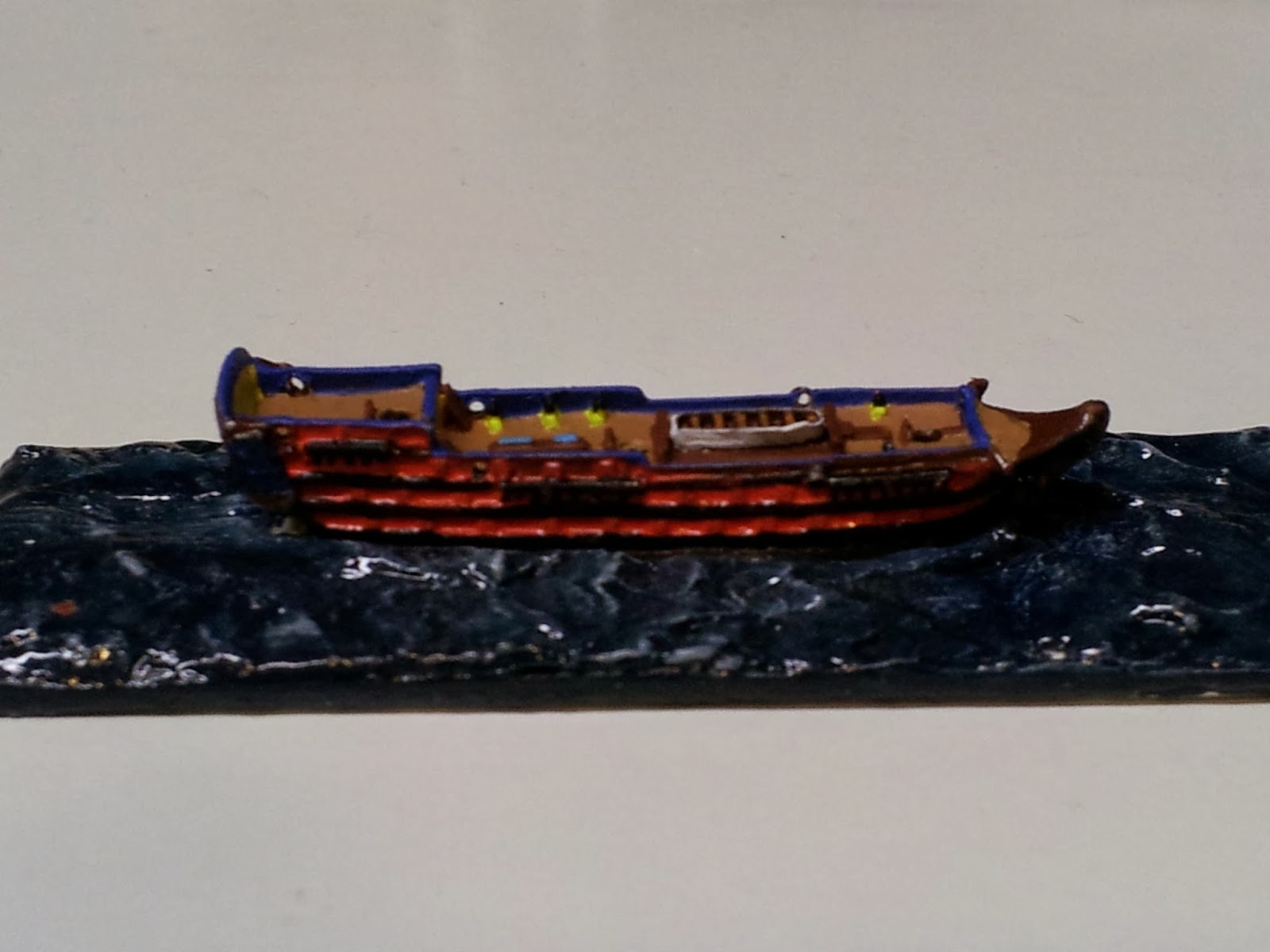 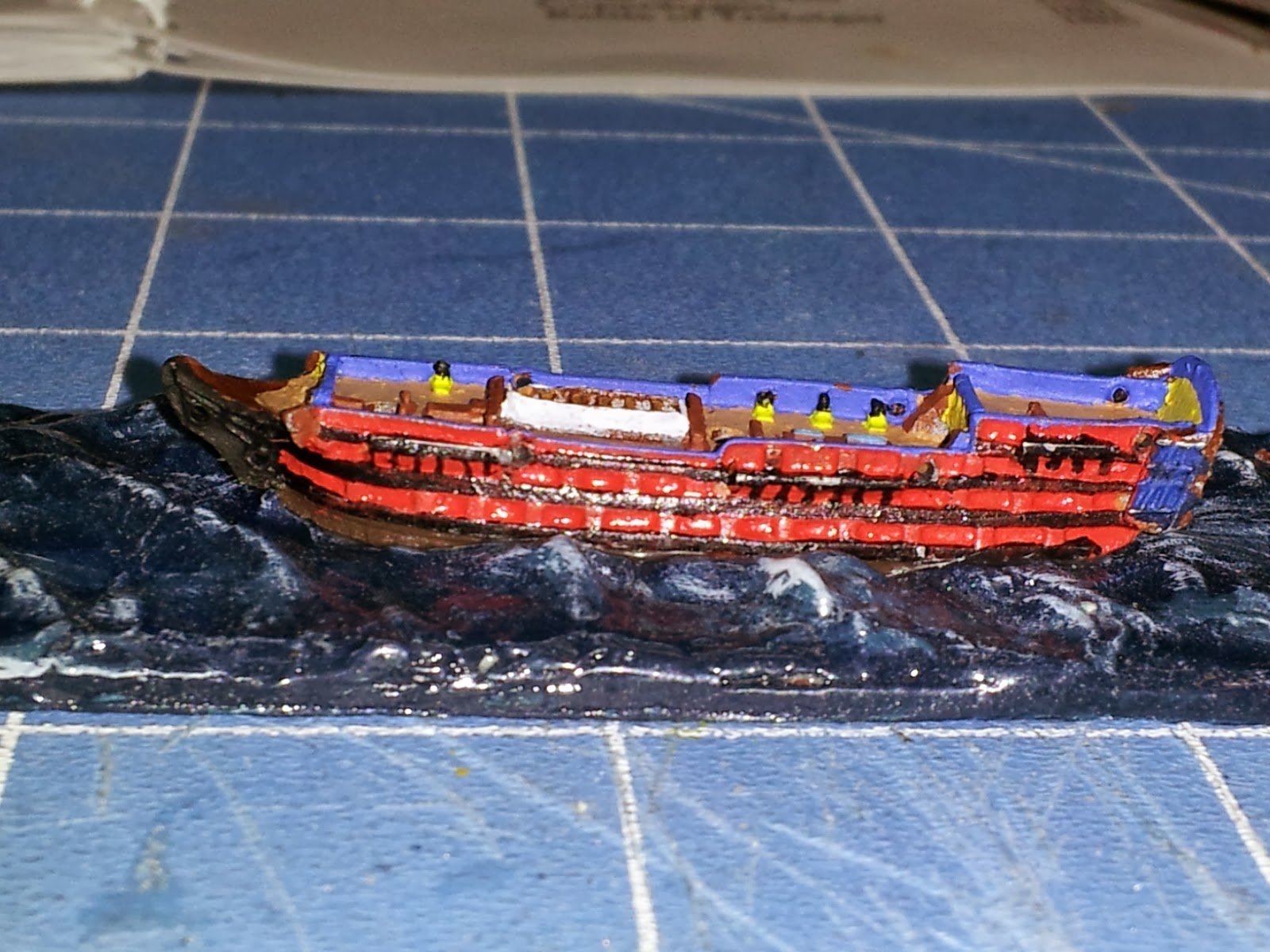 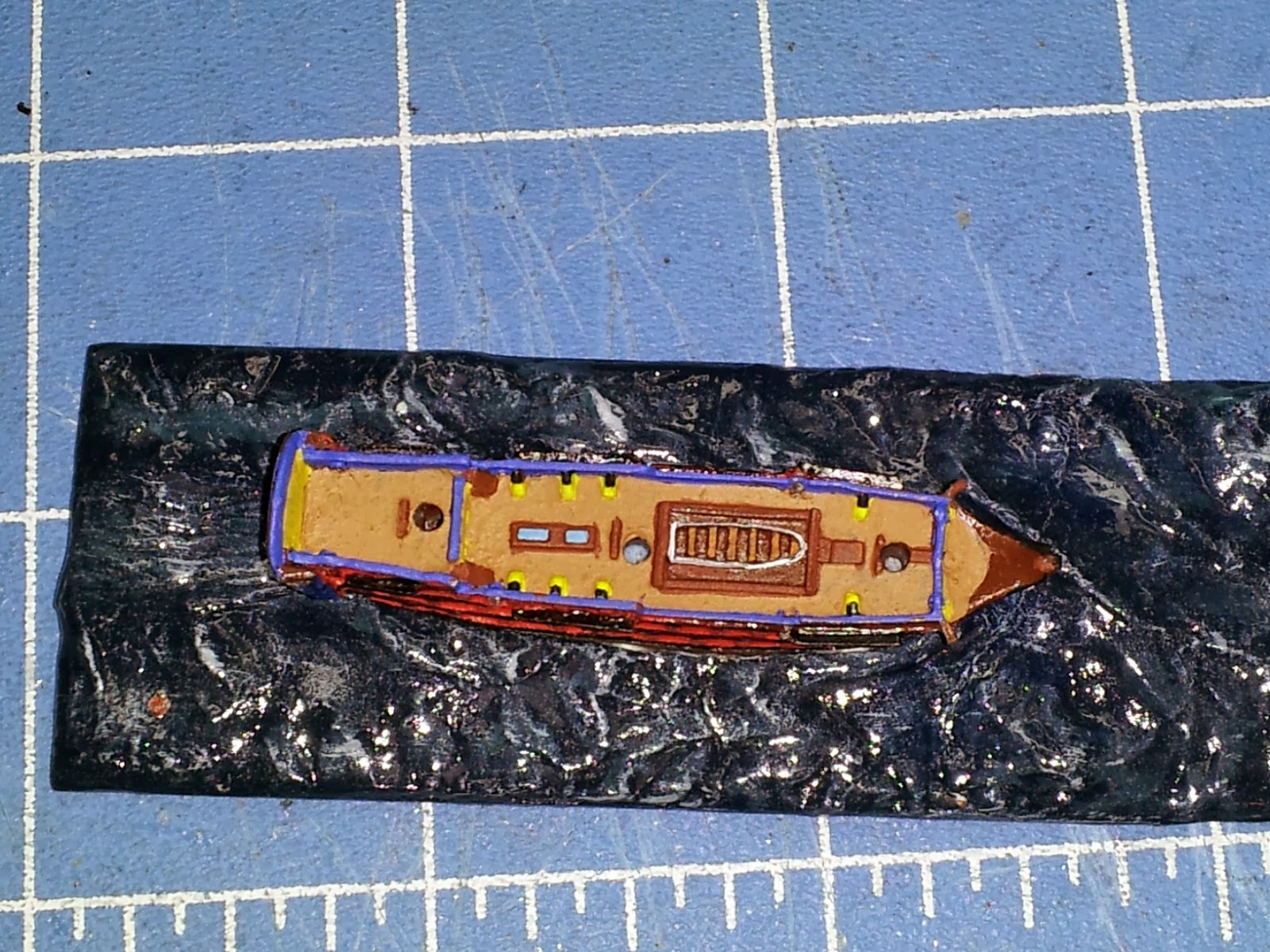 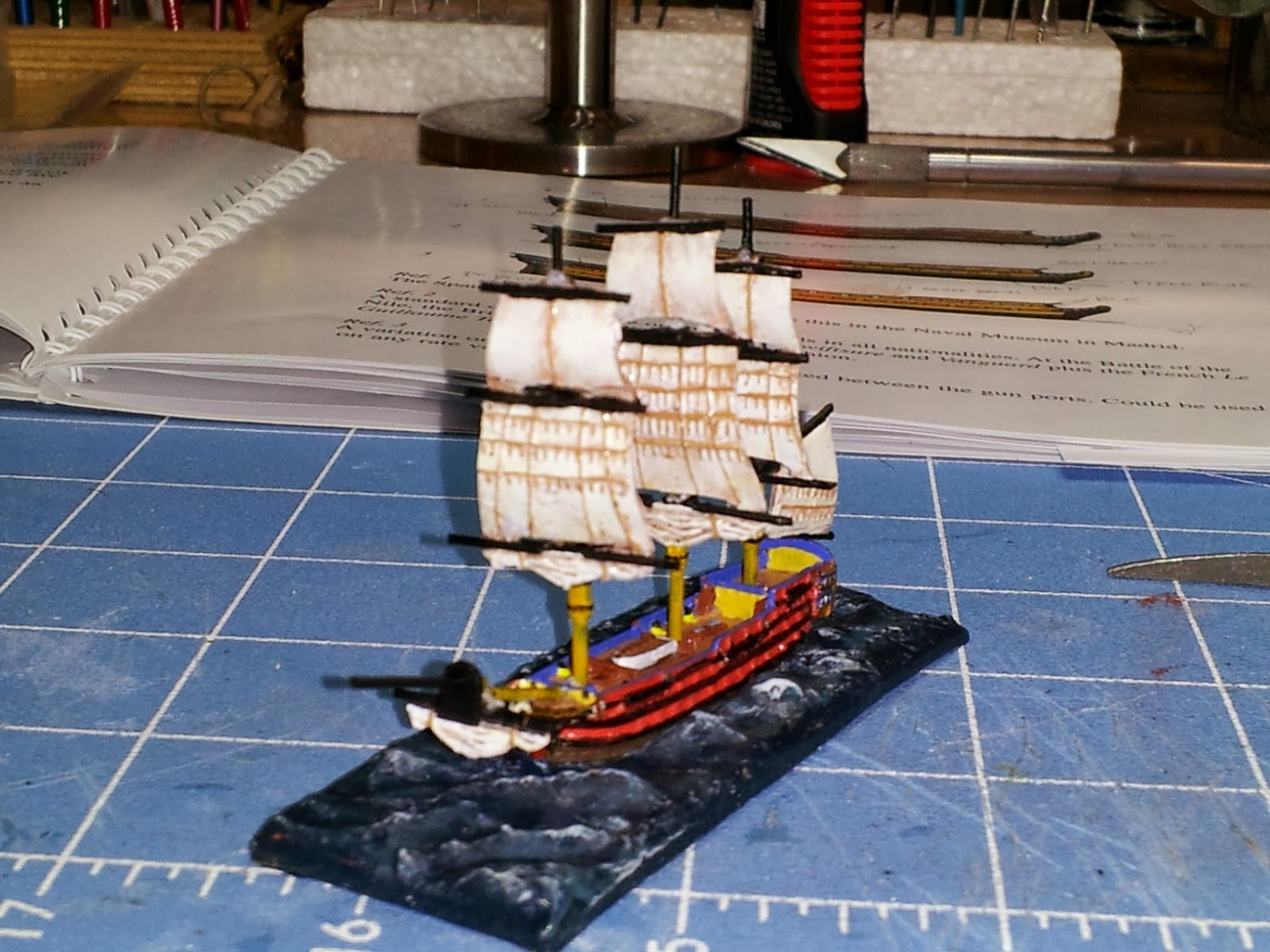 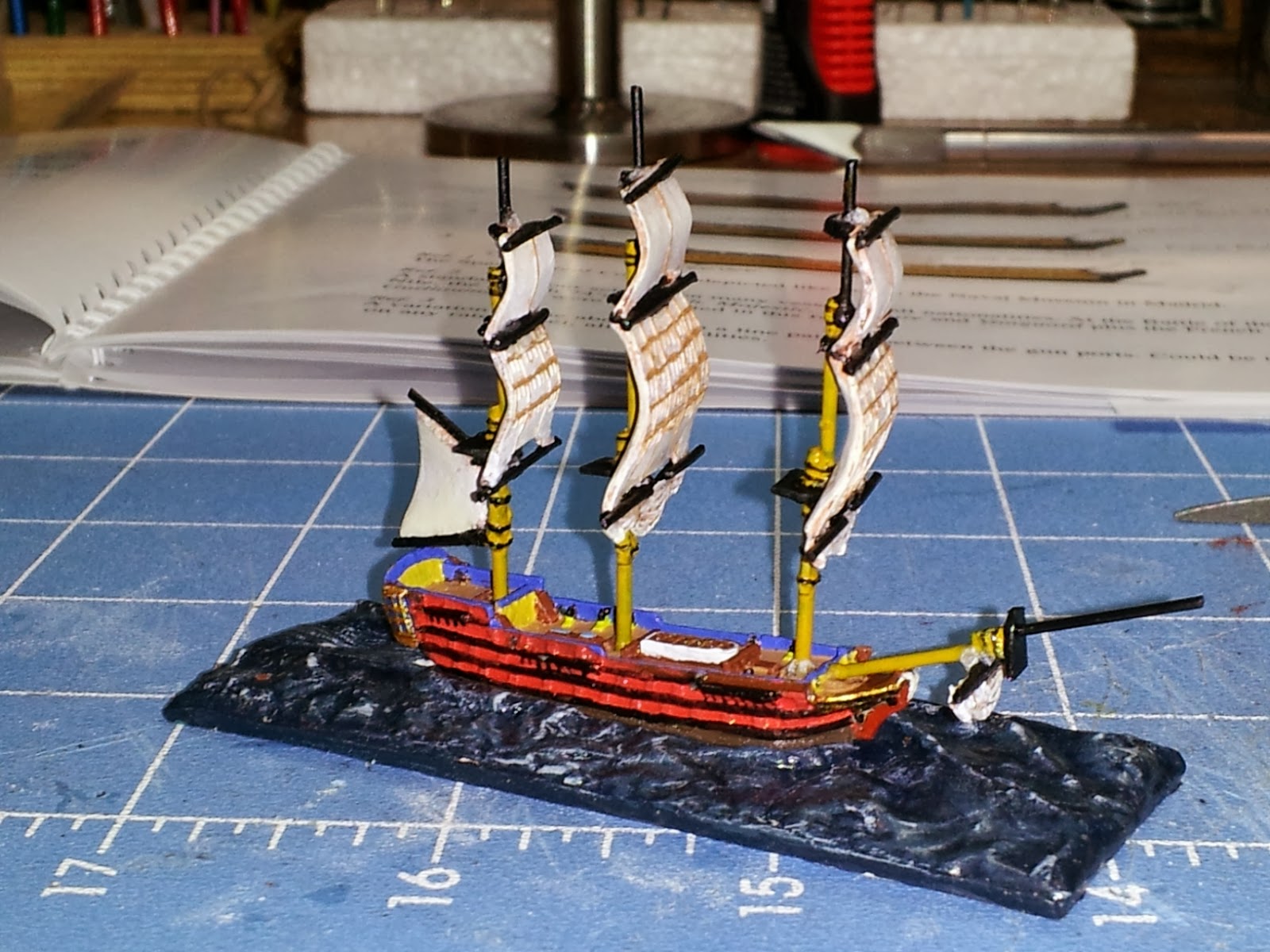 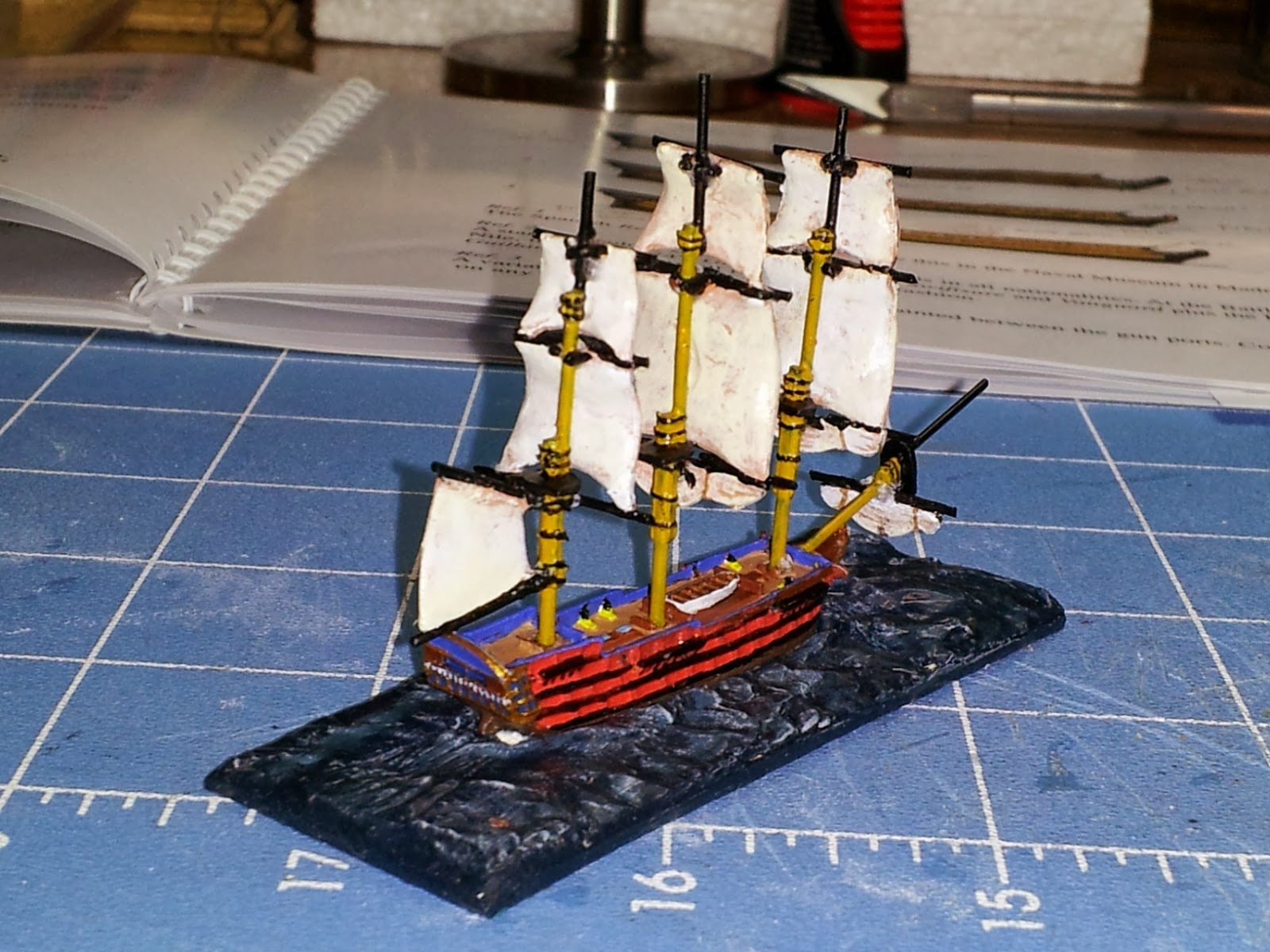 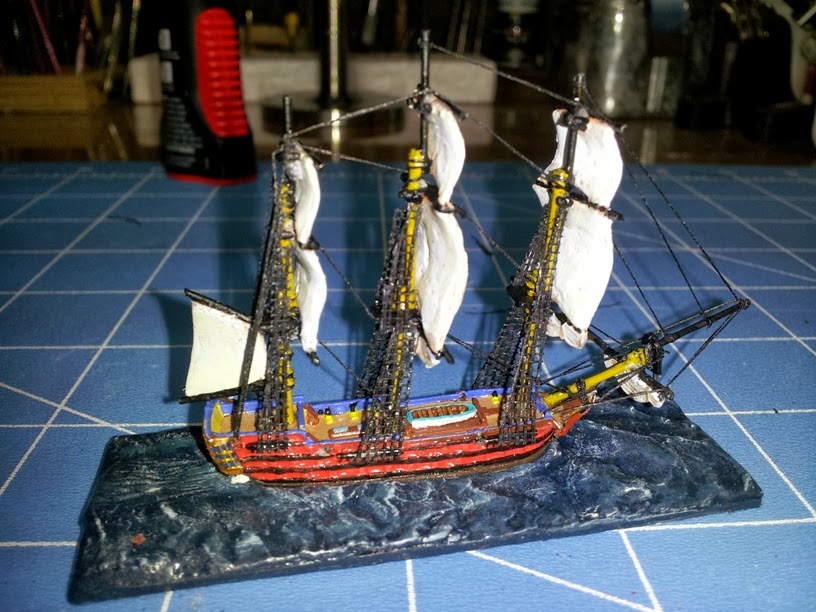 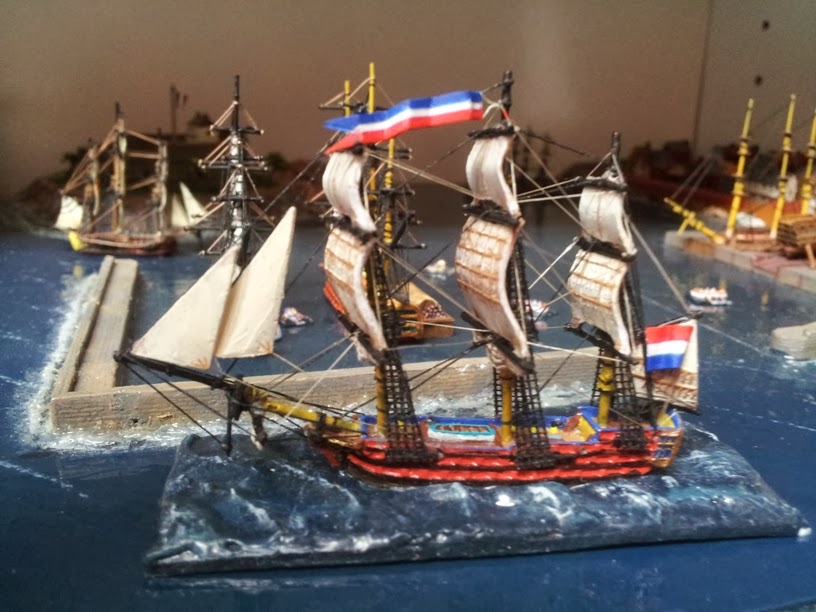 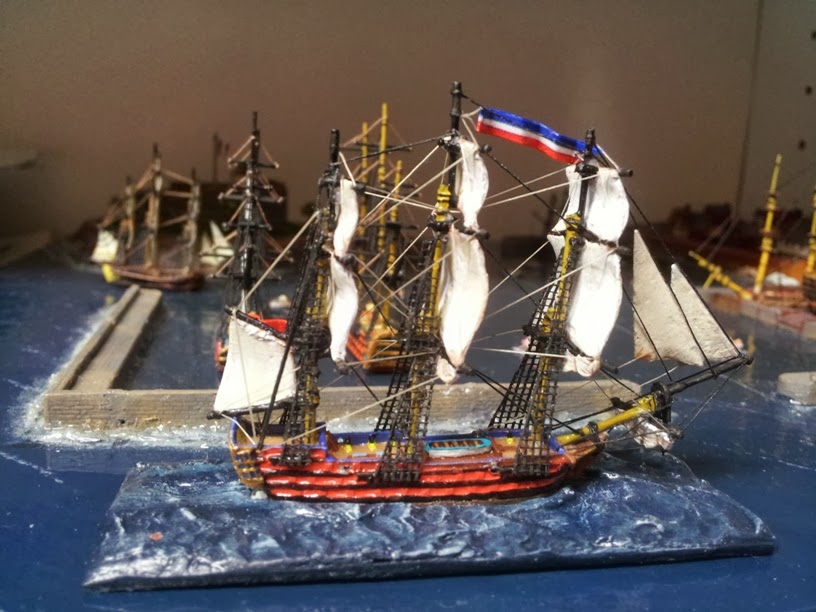 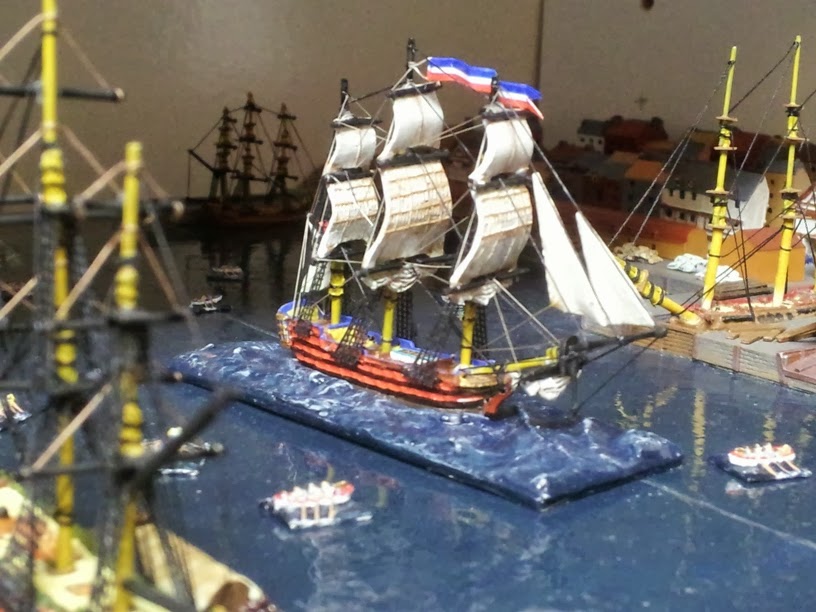 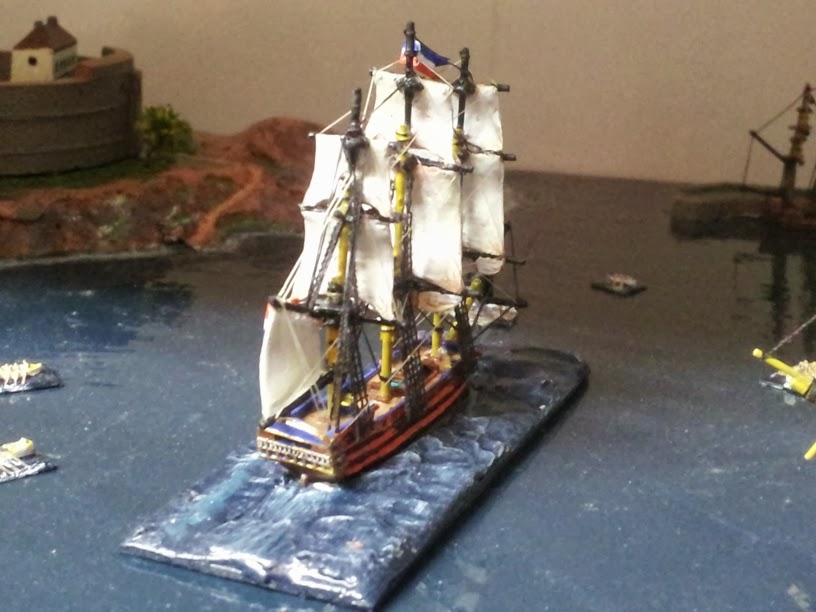 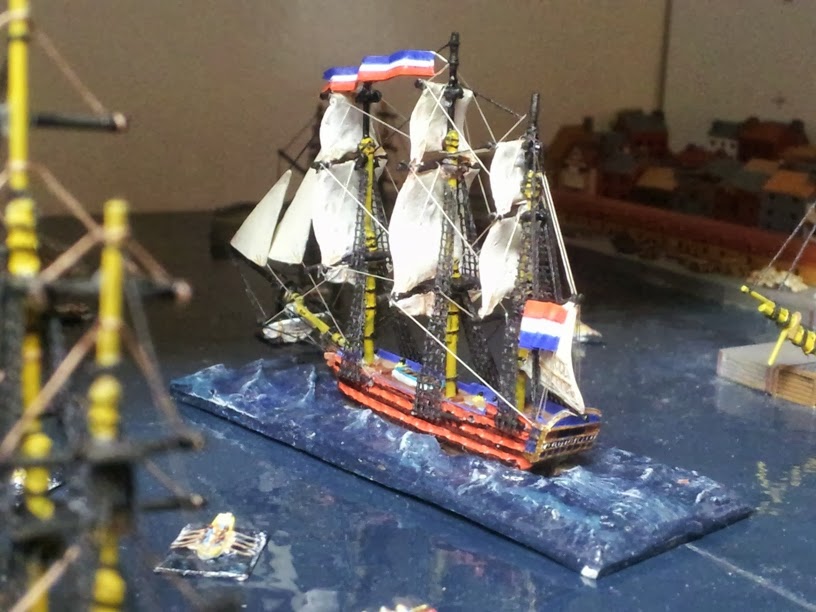 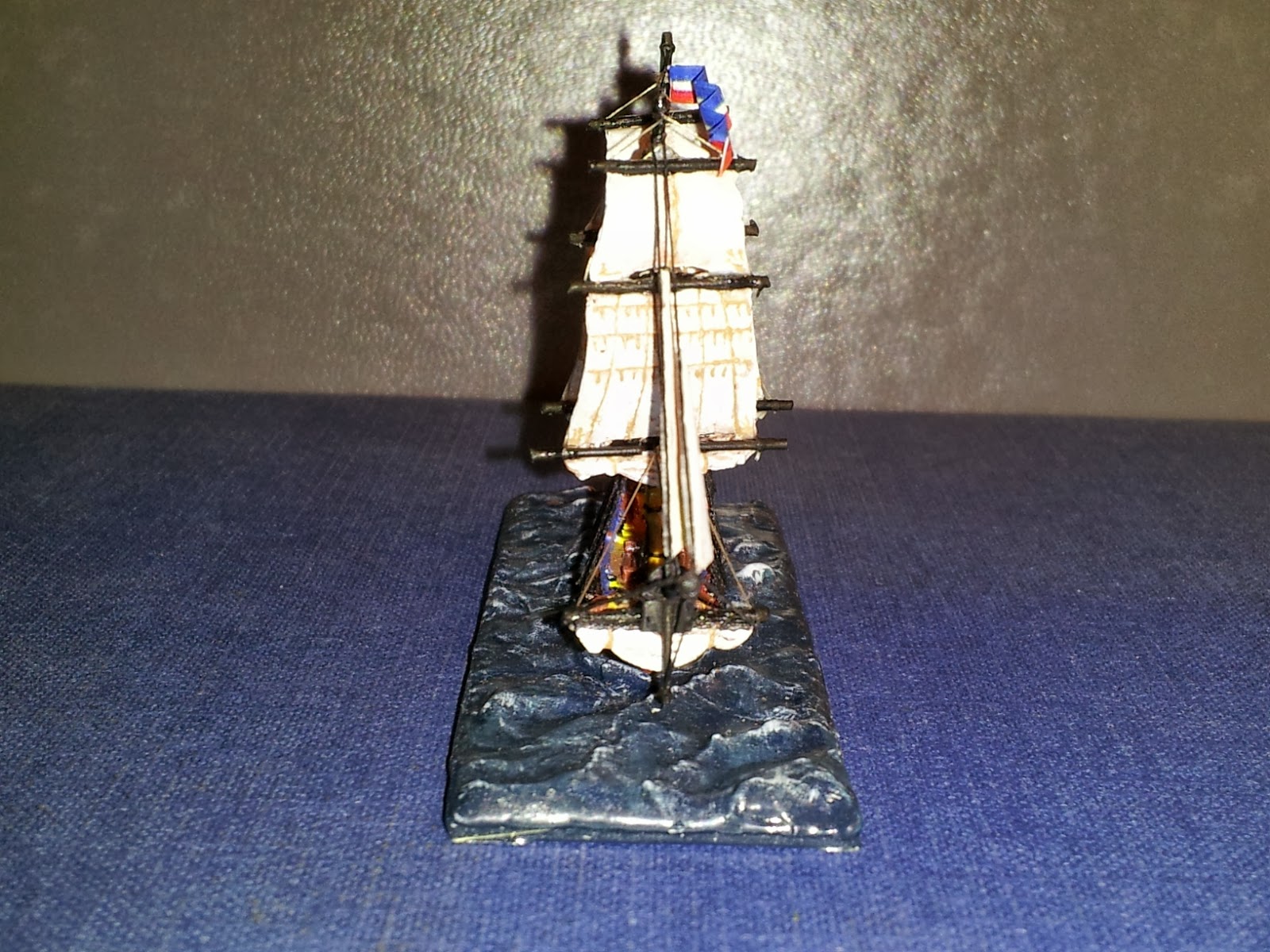 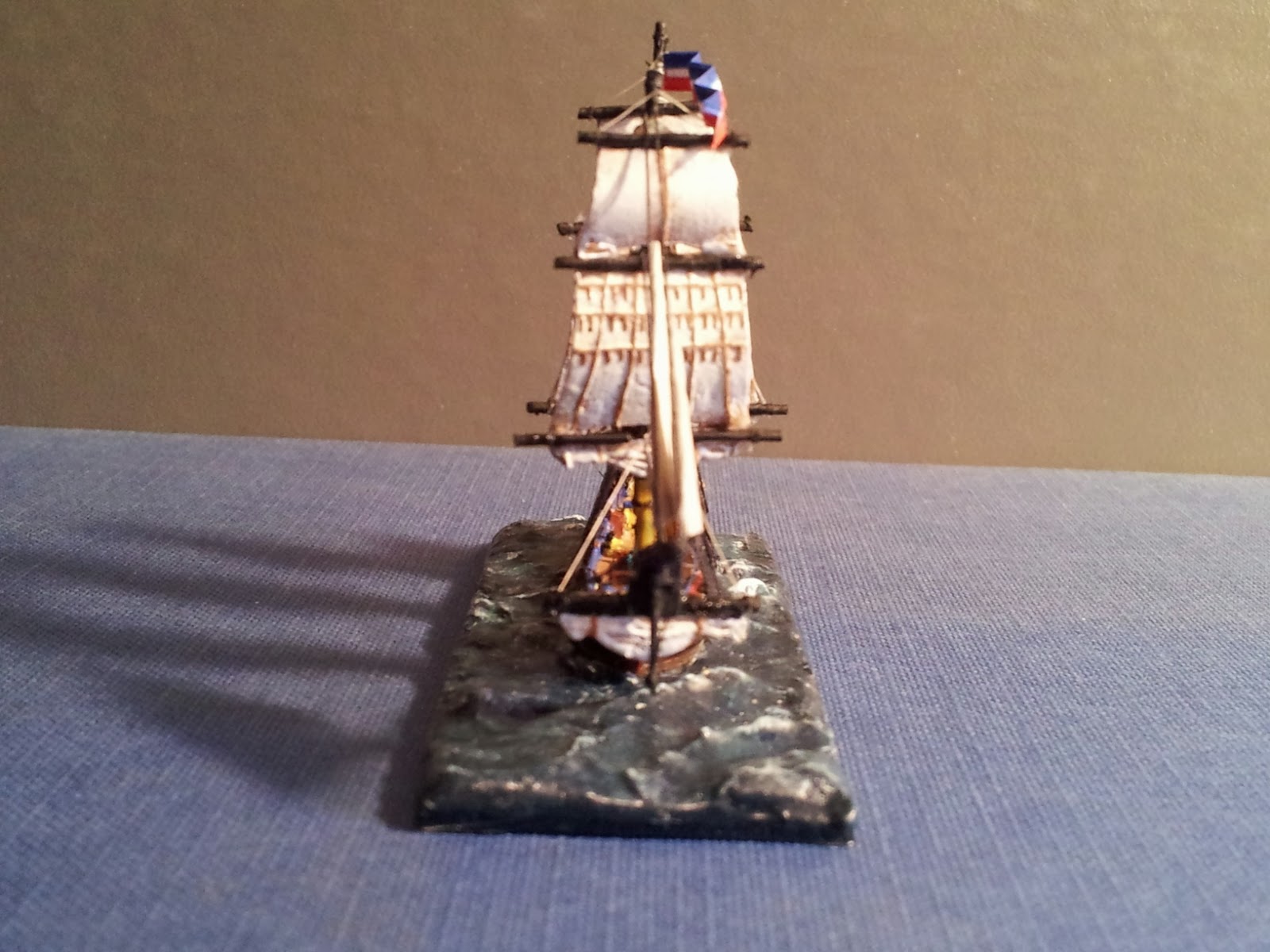 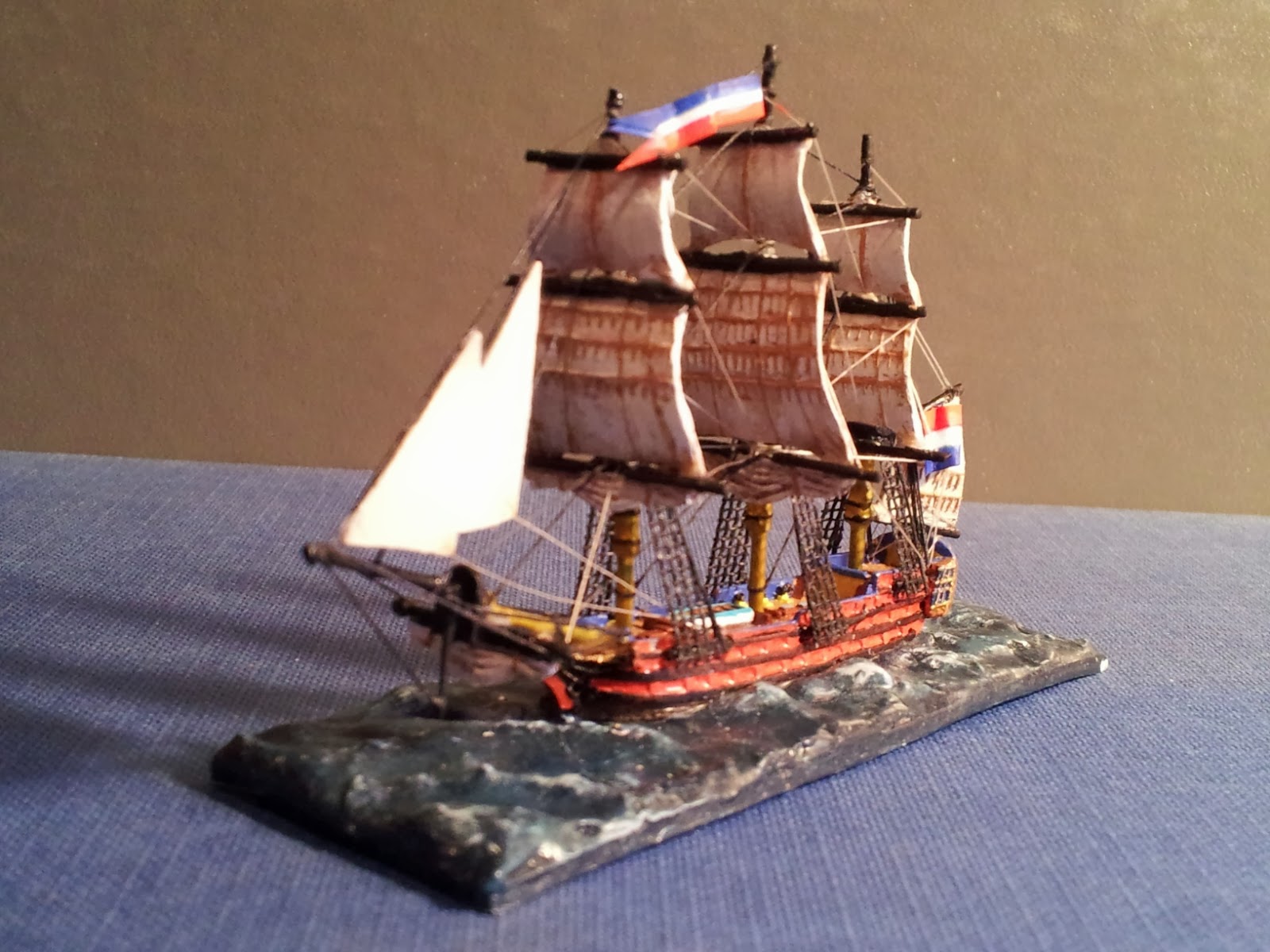 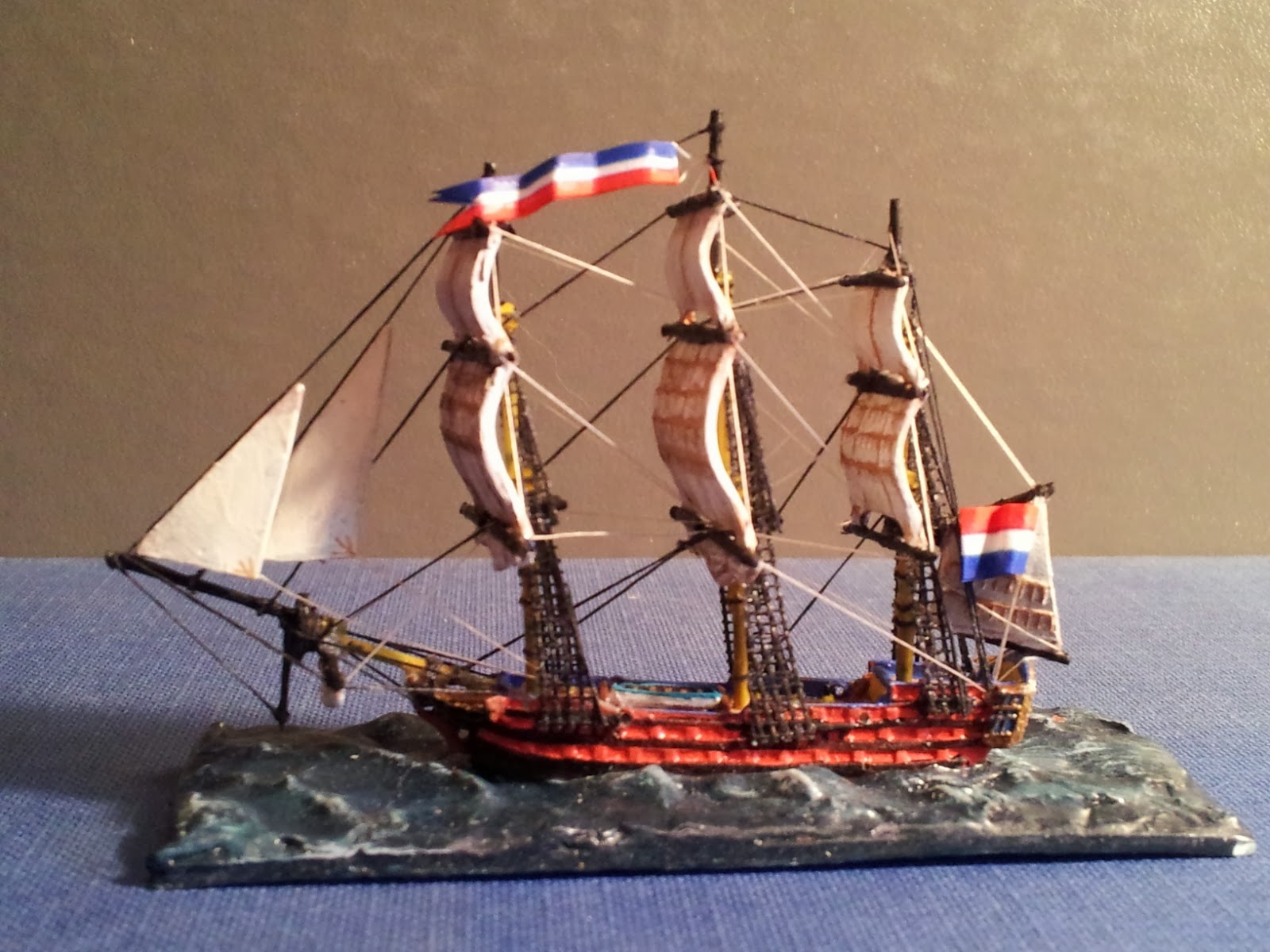 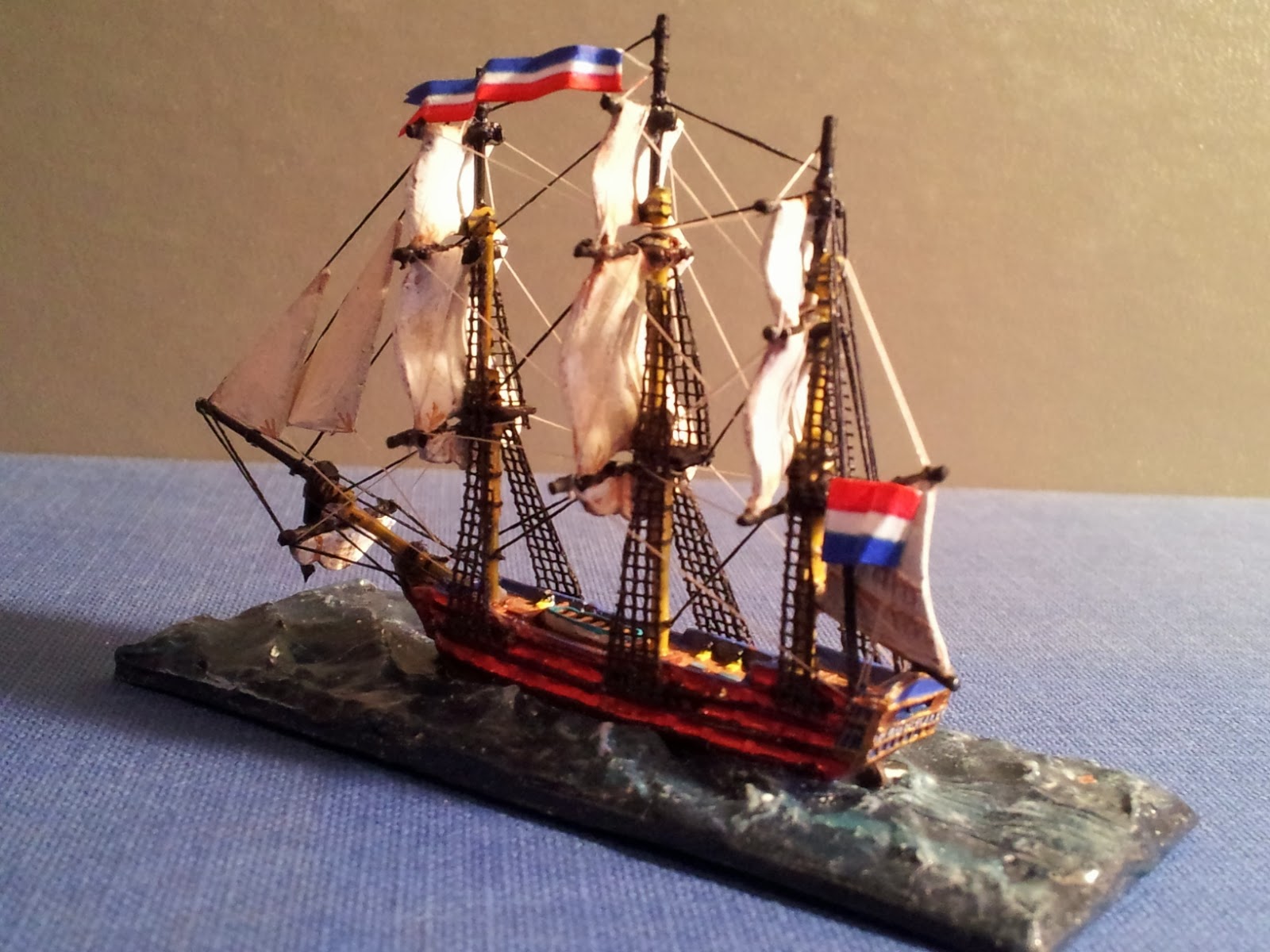 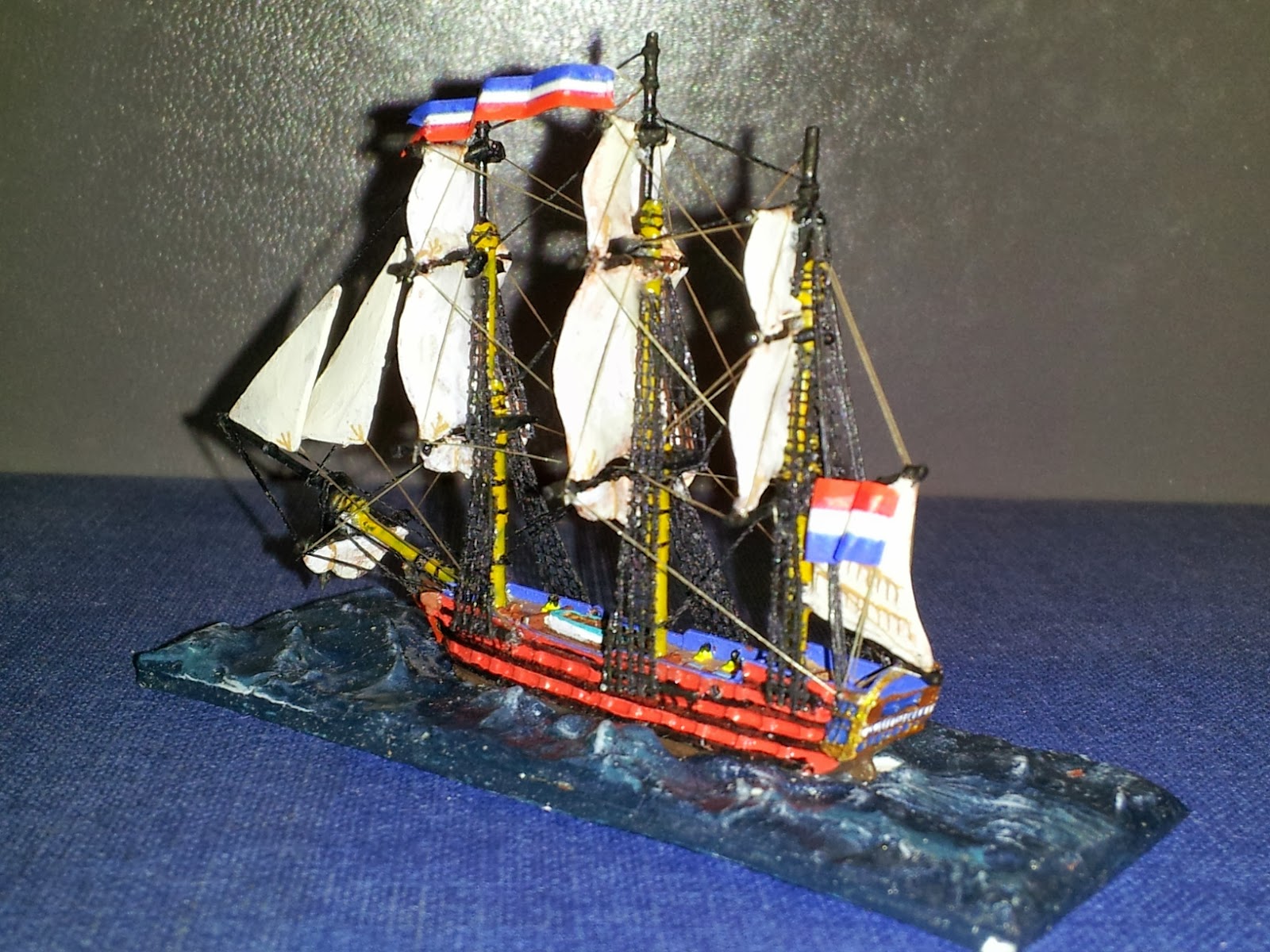 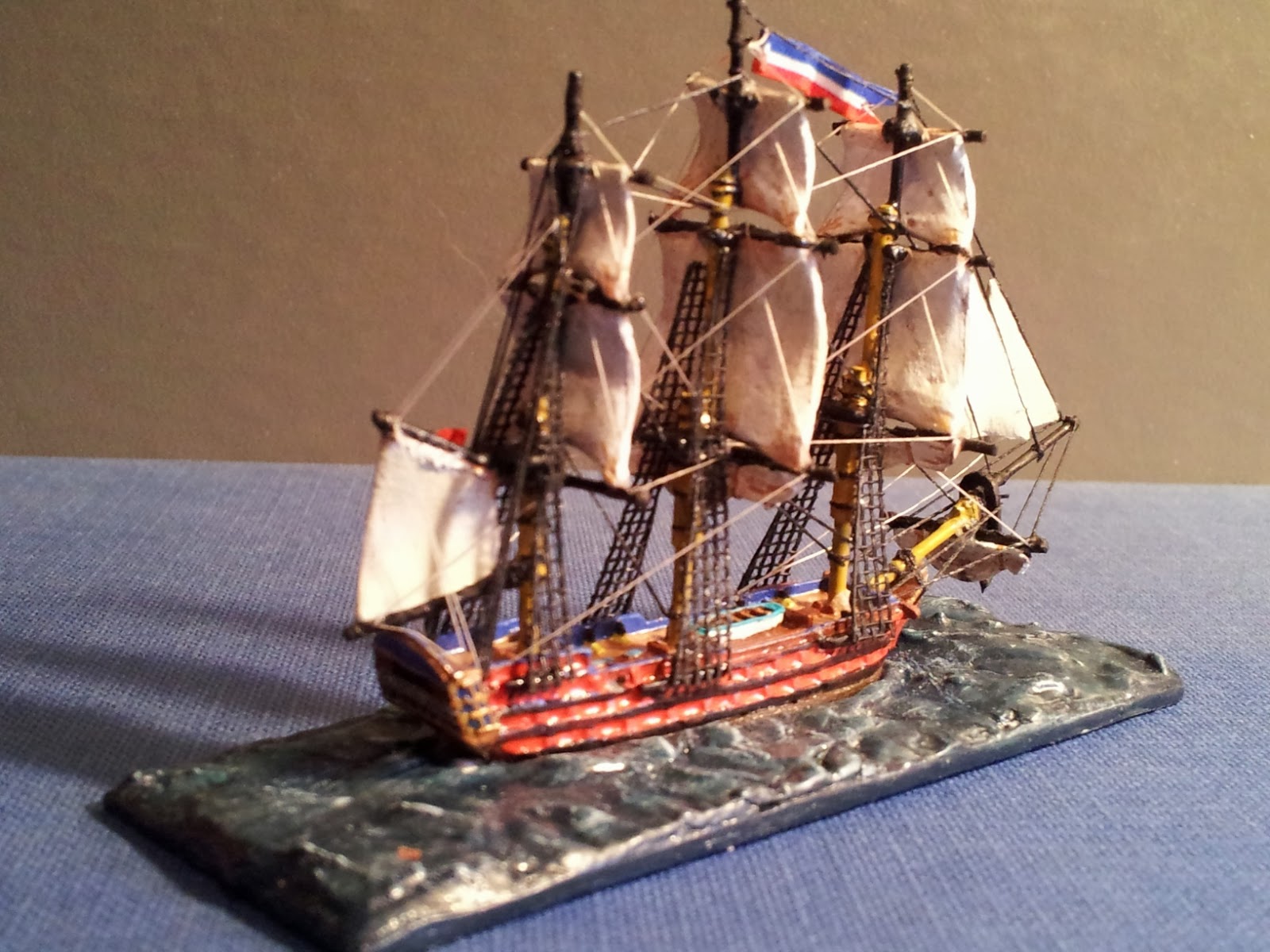 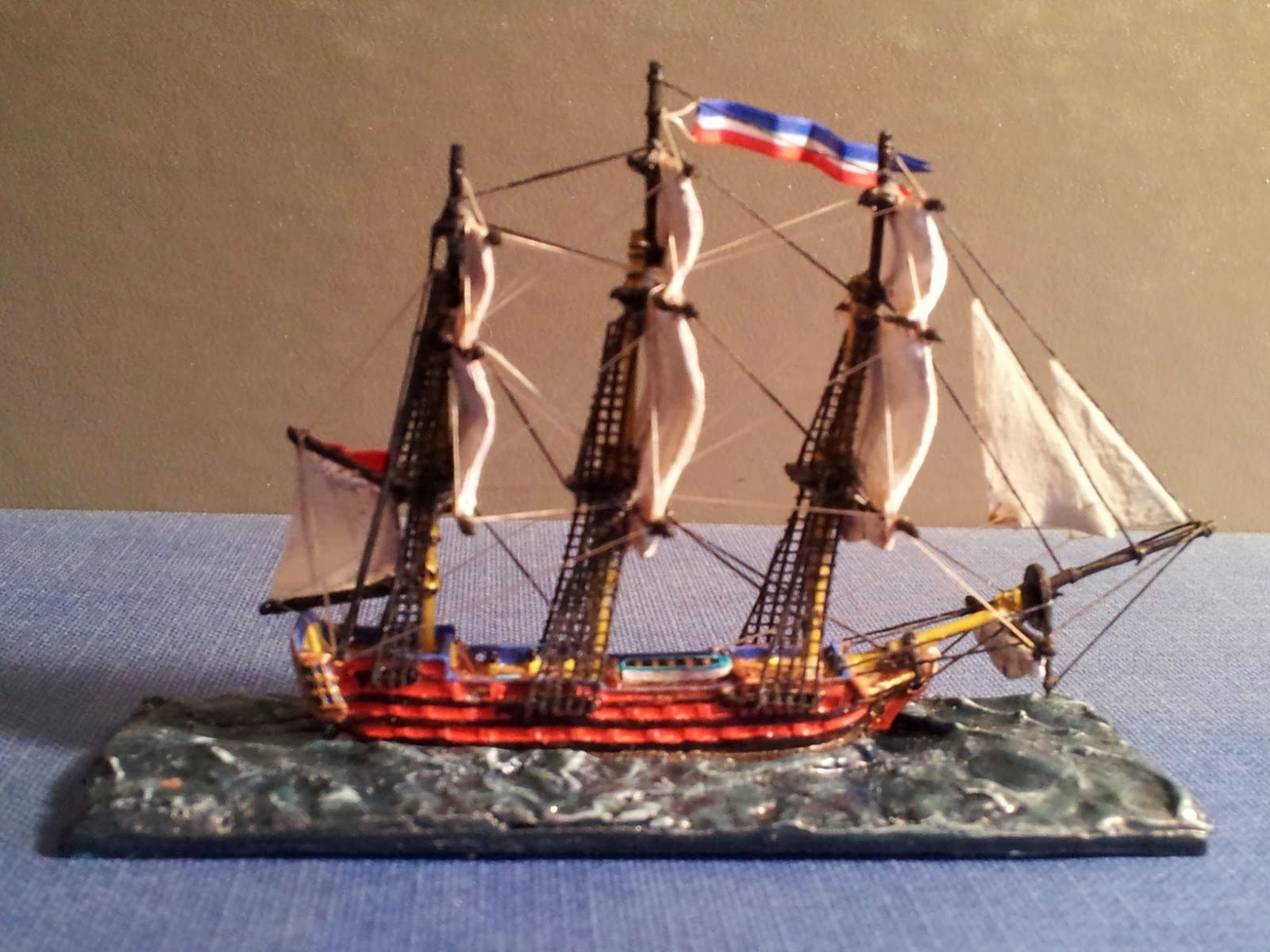 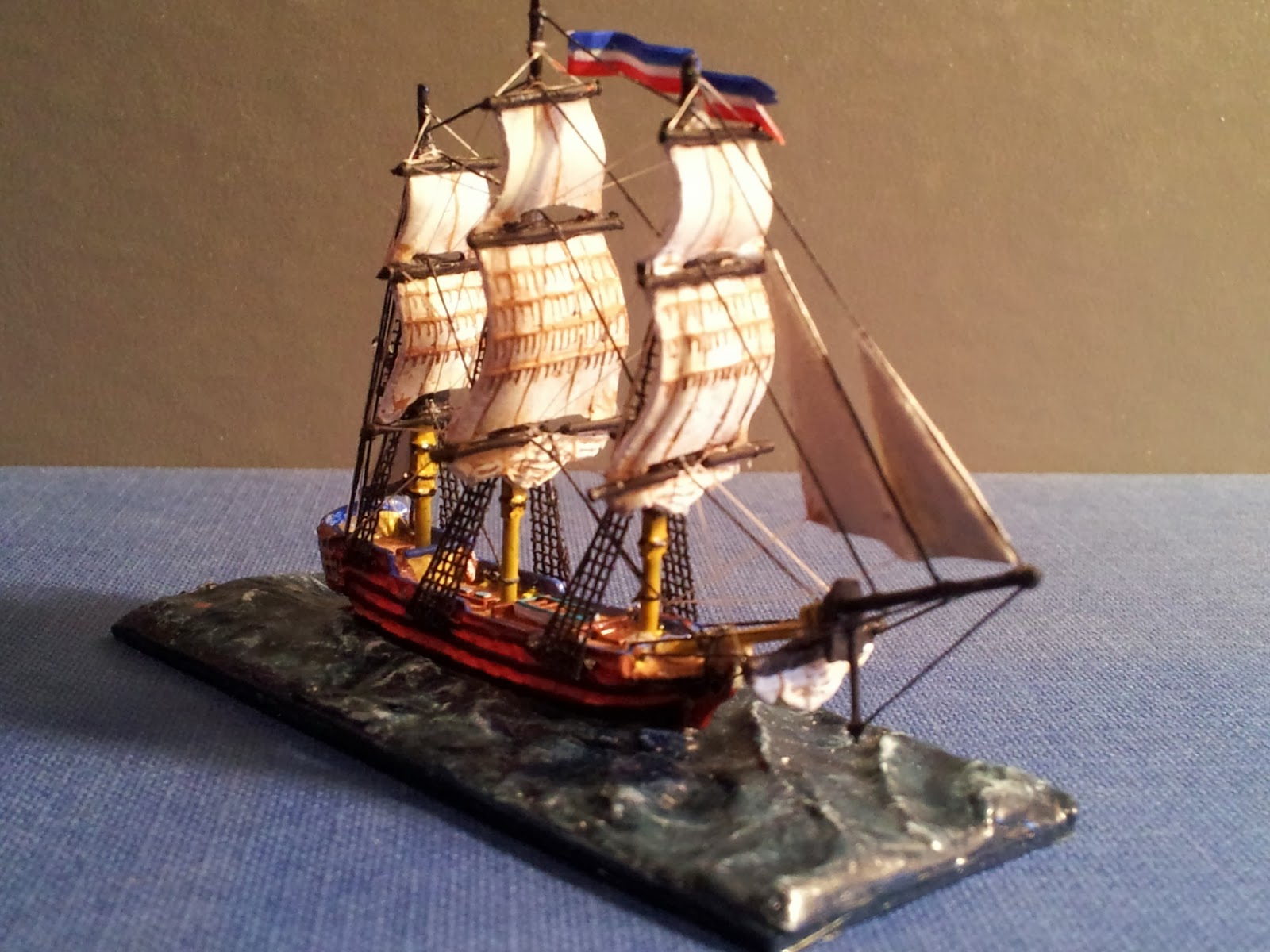 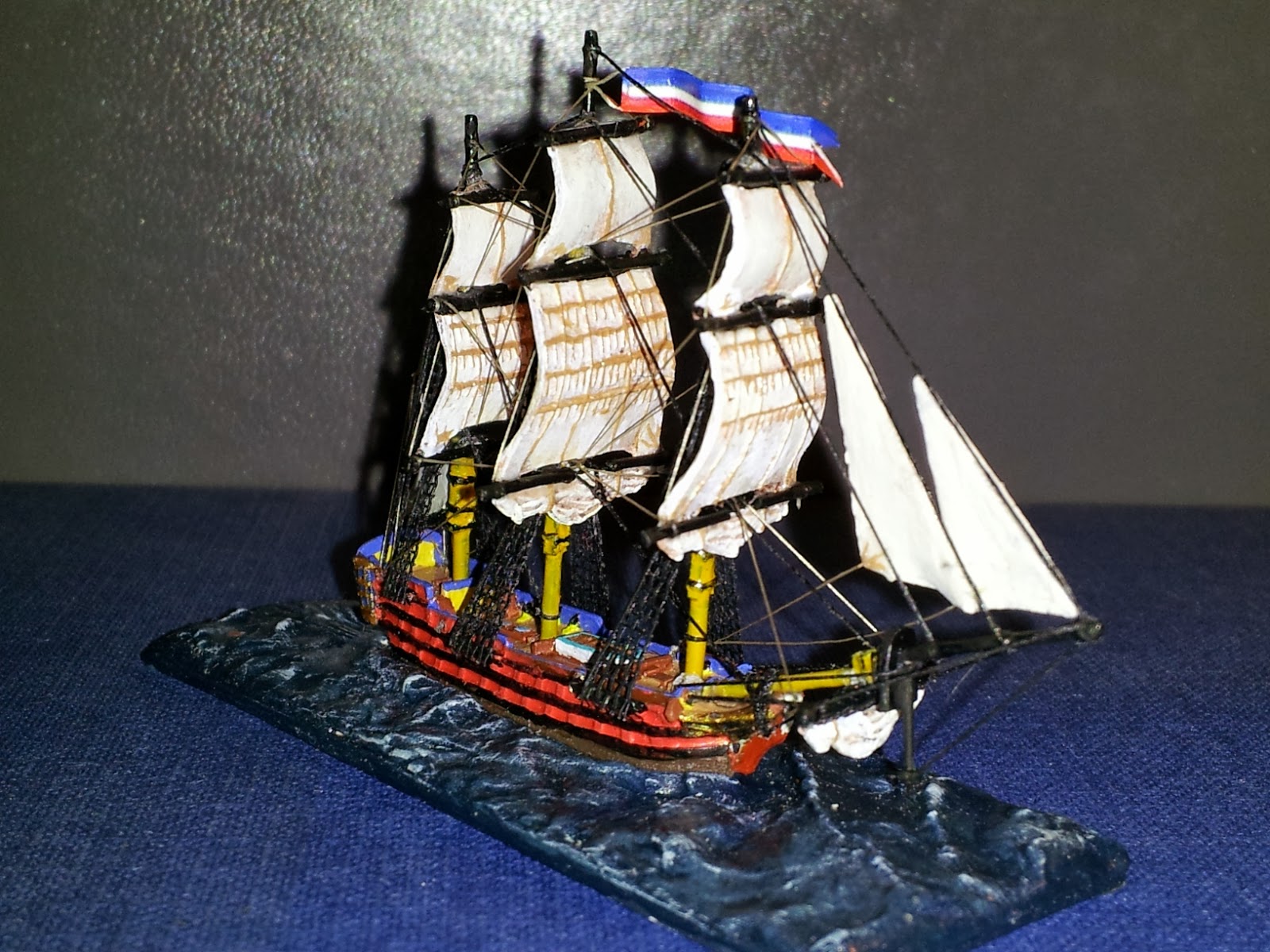 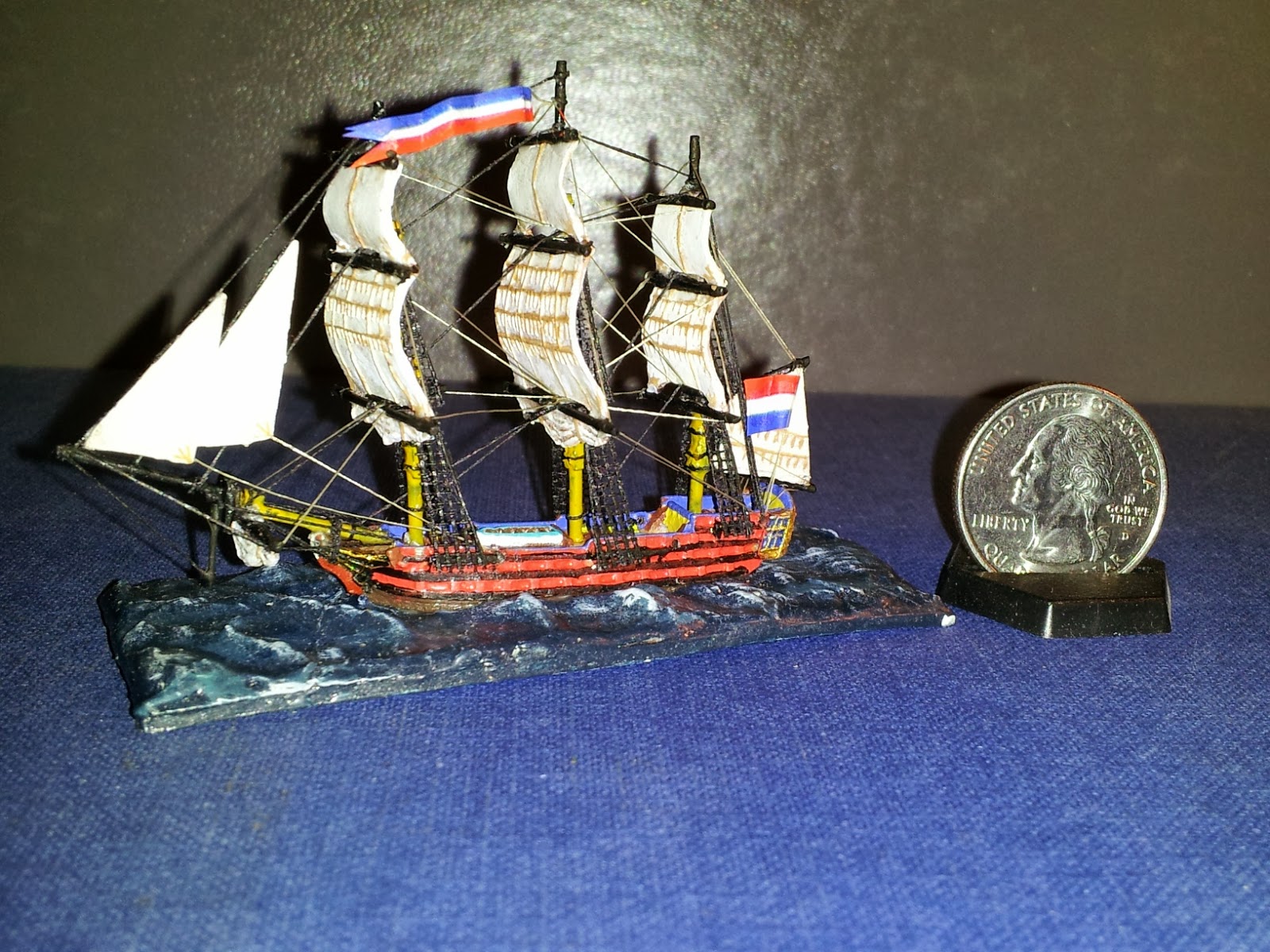 OOPS! Just realized after reviewing these photos that the pennant is upside down. Here are a couple of photos with it corrected. 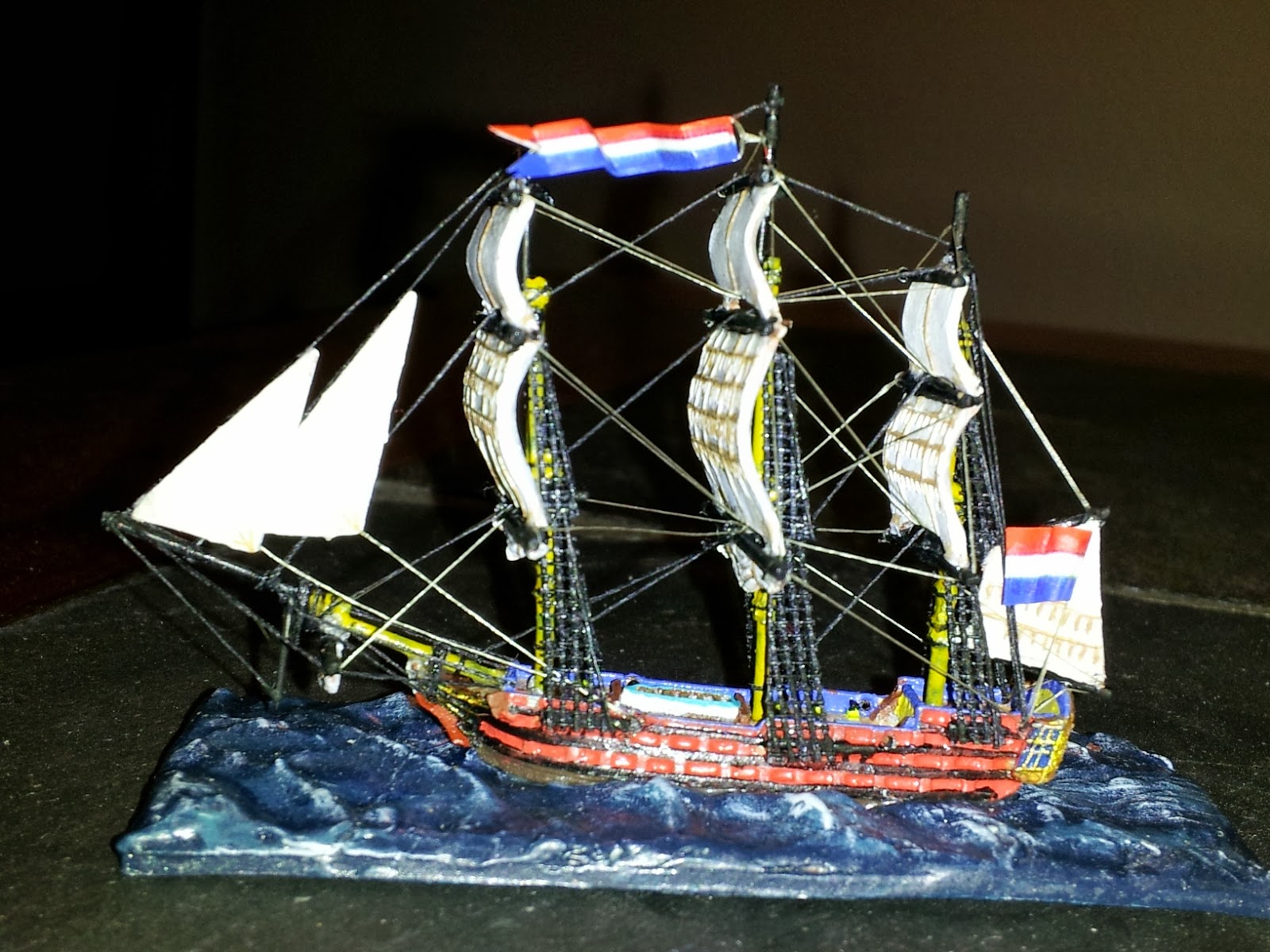 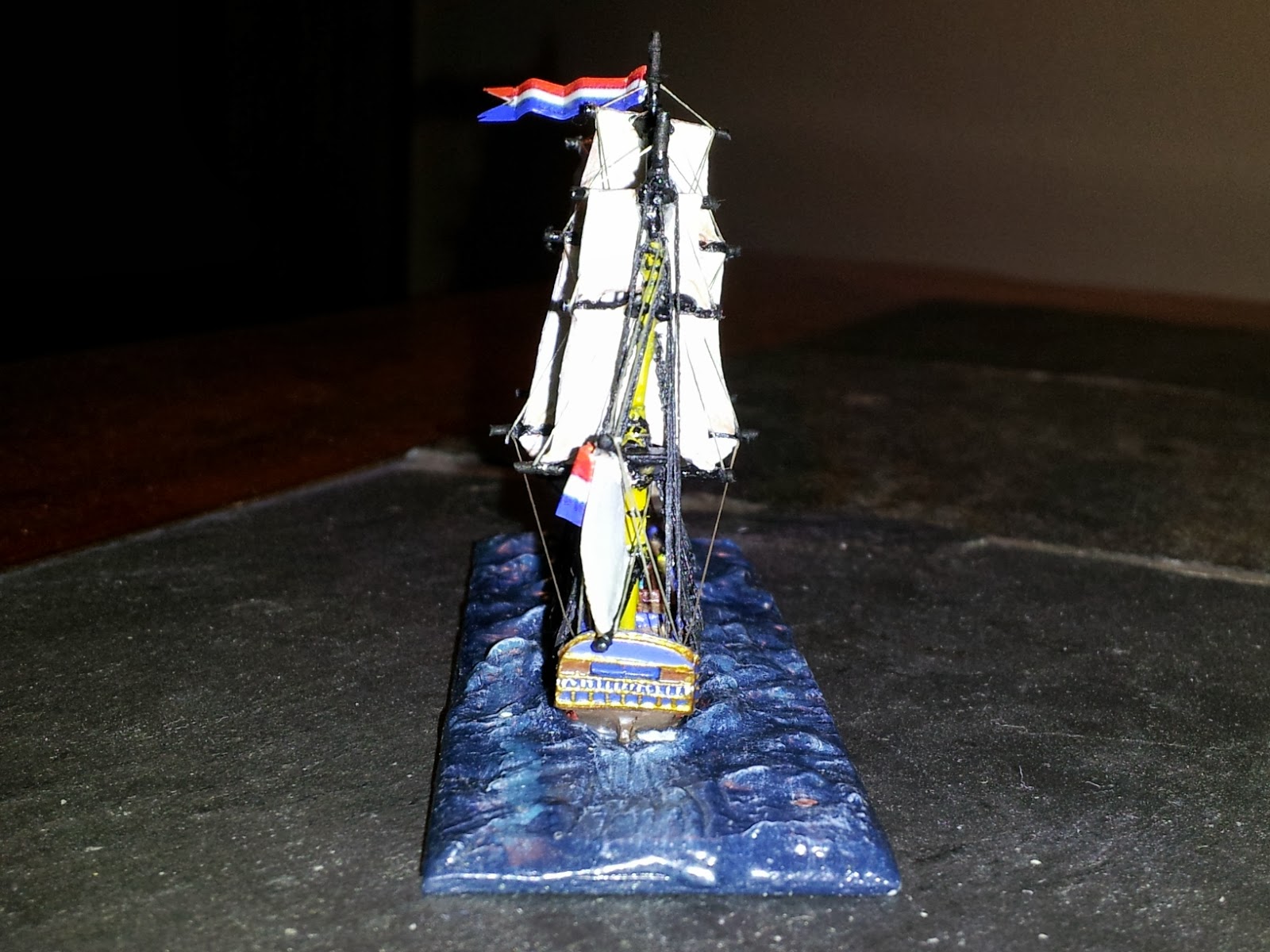 Posted by A Miniatures Hobby Room at 5:22 PM No comments: