This is the Christmas present my daughter made for me to keep my phone charged. I present "The Iron Phone"! 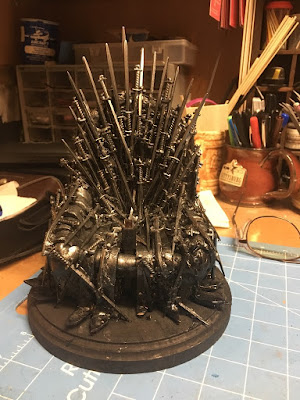 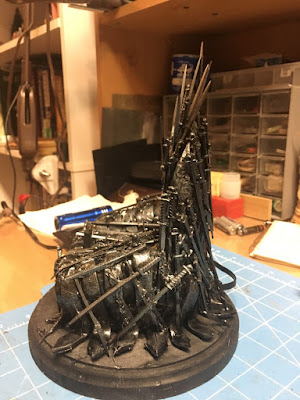 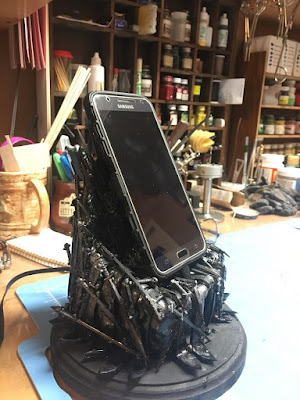 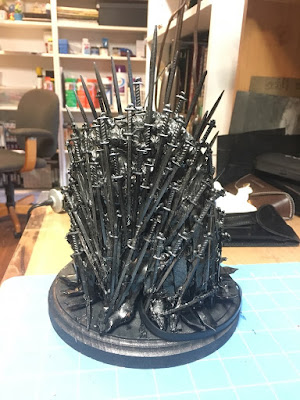 Posted by A Miniatures Hobby Room at 12:26 AM 3 comments:

Email ThisBlogThis!Share to TwitterShare to FacebookShare to Pinterest
Labels: Gifts

War Artisan's Jeff Knudsen gave me an idea recently about crew for the 1/300 card sloop I posted. While I didn't follow his suggestion, it got me thinking about ways I could accomplish creating my own version of ship crews. I thought about the Eduard flat metal figures I ordered way back and how they were just too thin to look right to me at the 1/1200 scale I tried to use them for. So then I thought about the 1/1200 Card Fortress Redoute I built and the paper figures that came with it. They weren't too bad, thicker than the Eduard figs due to the double card used. 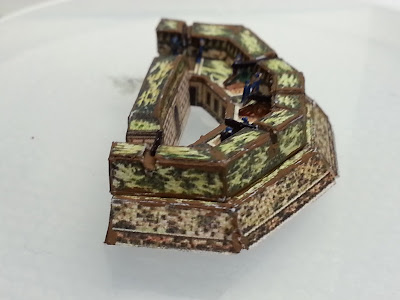 So I started looking for paper crew figures on Pinterest. I found what I needed and saved the images. Then I inserted the jpg files into a Word document and resize until the figures were 1/4-inch. After sizing, I copied each image and pasted it against the first image, then flipped it horizontal to create a mirror image. Once printed and cutout, I folded and glued the two halves together to create a double sided figure. Once cut out the figures were touched up with paint or colored pens. Here are the results. Not pretty with close up scrutiny, but at a distance they look good to me. 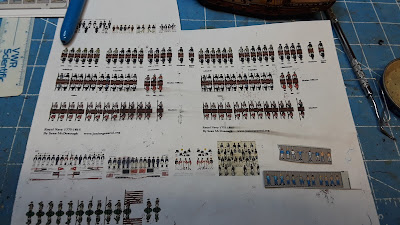 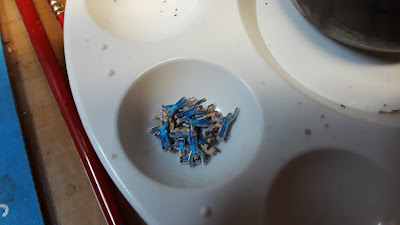 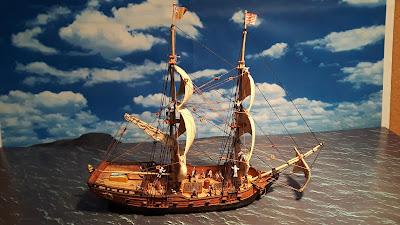 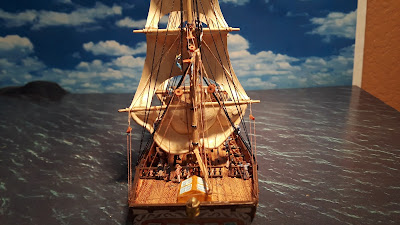 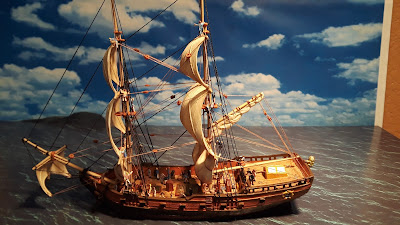 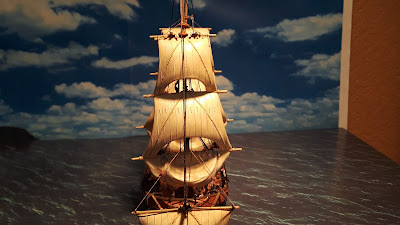 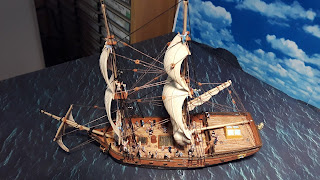 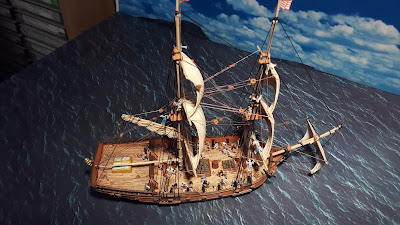 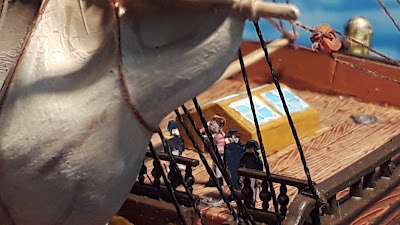 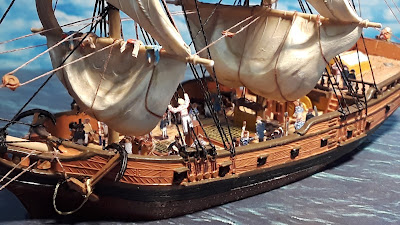 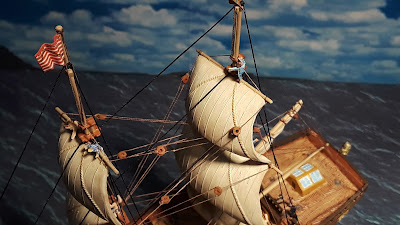 Posted by A Miniatures Hobby Room at 8:50 PM No comments: