Here is the completed Black Seas USS Constellation. Again the modifications include installing rigging tie-off rails at the base of each mast, quarter boat davits, cut away the plastic spars and replaced with steel rod at the proper angle for a quarter wind, extended the fighting tops, topgallant mast platforms, and finally a custom dolphin striker. And one more thing, I decided to do scratch sails. 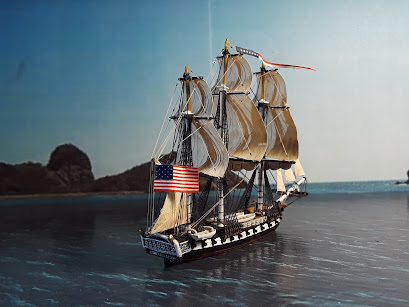 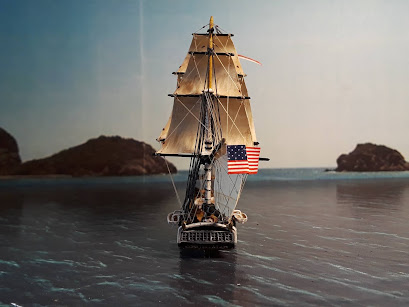 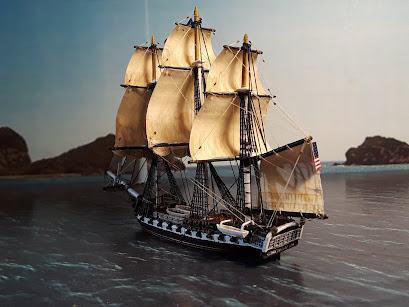 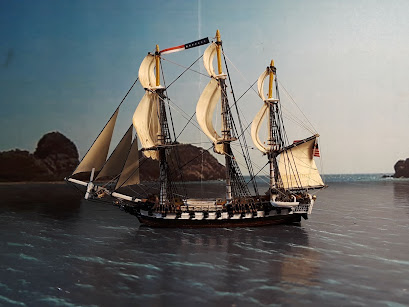 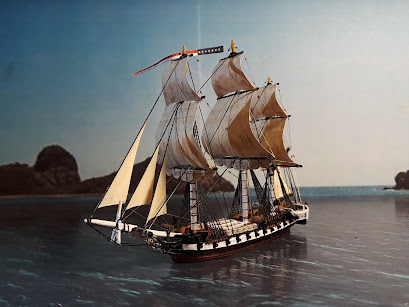 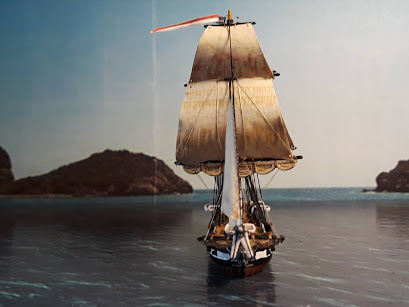 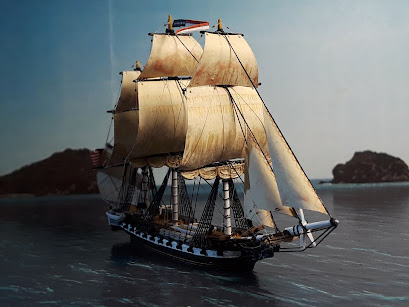 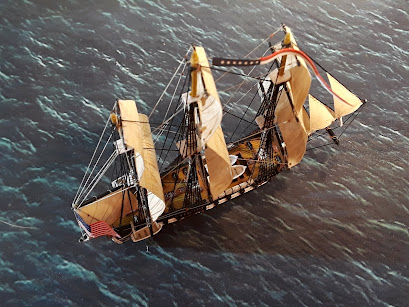 Posted by A Miniatures Hobby Room at 8:58 PM 11 comments:

Here are a few shots of the Constellation with the standing rigging finished. Next task is the sails! 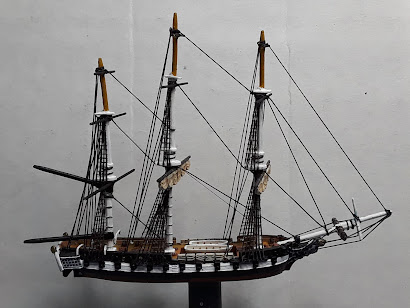 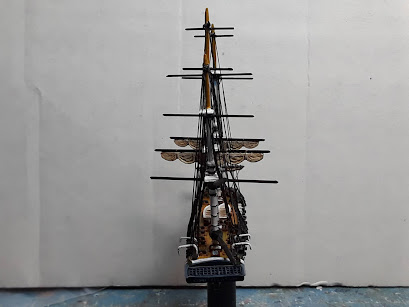 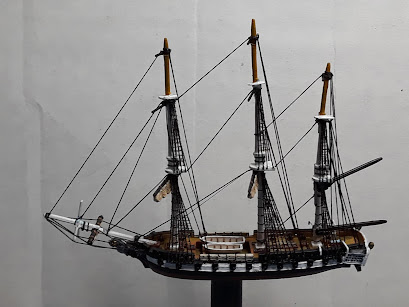 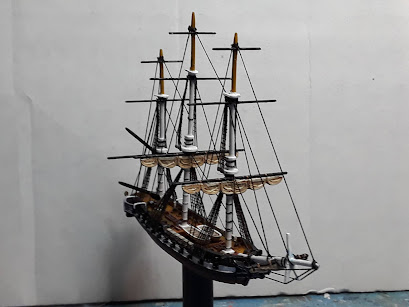 Posted by A Miniatures Hobby Room at 6:37 PM 4 comments:

Back to Black Seas 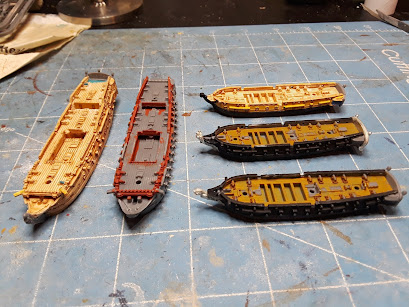 Well it has been twenty two days since my accident and at the risk of grossing everyone out I will resist the great temptation to show you what it looks like now. At the ten day mark I dutifully went back to the urgent care facility to see how it was mending and whether the stitches could be removed or not. I had doubts that were justified as it turned out. The nurse removed the bandage and told me to wait. This time instead of a PA I got a Doctor. Woohoo I thought. He asked "When did this happen?" at least three times. I asked if he thought it was healed enough to remove the stitches and his reply was to take out every other stitch and see what happens! There were eleven to begin with, by the time he took the fourth stitch out I was bleeding again and it was fairly obvious the finger had not completed knitting. So he cuts some adhesive closure strips to try to cinch the wound back together where it split when he pulled the stitches. Then, where it was bleeding he gets a regular bandaid and starts to stick it on, but he can't find anywhere that the adhesive won't be stuck to the wound. I was pretty amazed at this "Doctor". So he hands me a wad of gause to hold on the bleeding wound and tells me to come back in three days, then walks out. So I wait, expecting the nurse to come back and bandage me back up with the splint and all, like it was when I came in. I waited half an hour and no one came in. So I opened the cabinet and helped myself to what I needed, bandaged and splinted myself, then walked out. I didn't go back. Last Friday July 31, I removed the rest of my stitches, at my hobby desk, with my own tools! I stopped wearing the bandage and splint on Sunday. It is still weeping a bit when I bang it on something or bend it a little. But the main thing is that it is on the mend!
So on to Black Sails which is what this post is supposed to be about.
The photo above includes the remaining two plastic 38 gun US frigates plus one of the plastic third rates from the 3rd Rate Squadron pack. As I have mentioned before, each ship sprue contains extra parts like stern plates, figureheads, anchors and boats. In addition the US Squadron pack came with an additional pack of metal sterns and figureheads. So...sitting around with my useless finger while it was still hurting a lot, I made silicone molds of a frigate and a 3rd rate. The two light tan ships in the photo above are the cast result with some of the extra stern plates and figureheads attached. 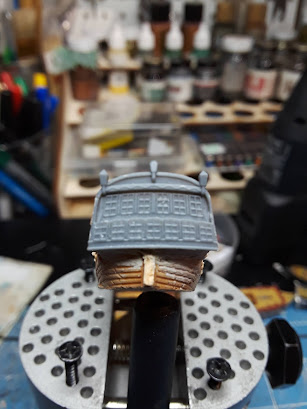 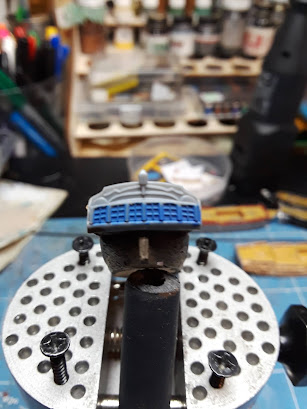 Also, as I have mentioned in a previous post, the named sterns are not all that accurate, specifically the stern plates for the Chesapeake (already built) and the Constellation. The one provided is the curved stern from the 1853 Constellation sloop of war, not the original frigate.
So I selected one of the generic stern plates that more closely resembled the original frigate stern and then created my own name plate to mount just below. 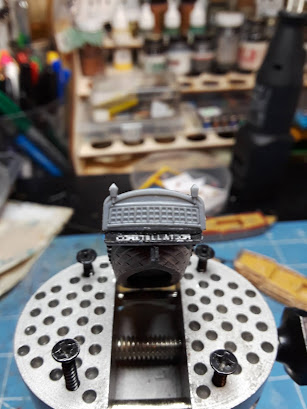 Now that I can do a little modification work again, I have done a little more work on this frigate. 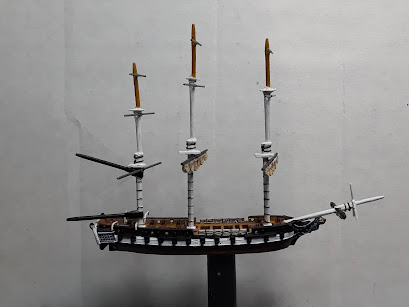 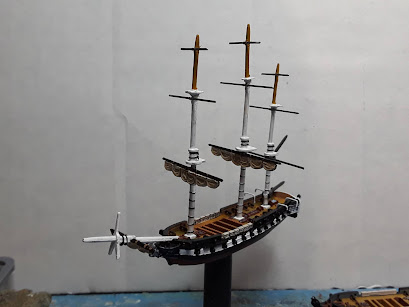 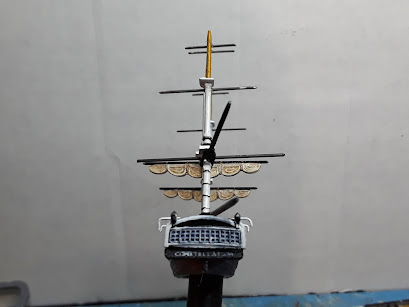 The modifications include installing rigging tie-off rails at the base of each mast, quarter boat davits, cut away the plastic spars and replaced with steel rod at the proper angle for a quarter wind, extended the fighting tops, topgallant mast platforms, and finally a custom dolphin striker.
The next post will likely be this ship when it is done. Then after that may be the cast frigate below. 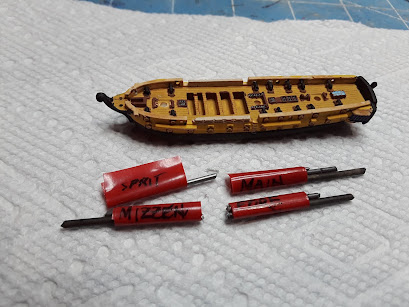 Best of fortune to everyone and thanks for stopping by.
Posted by A Miniatures Hobby Room at 9:22 PM 4 comments: