Well it has been seven months since my last post. There have been some major changes in that time. I retired after 41 years of service, the last 21 of those years commuting to Alaska from the Spokane area. I always thought I would have more time to spend on minis and modeling after I retired. It hasn't worked out that way. I am busier now than I have ever been. There are so many things that need doing, things I didn't have time for before when I was gone half the time. And a lot of things did not get done last summer when I was recuperating from a fractured vertebrae. Then there is the living document known as the "Honey-Do List" haha! Actually not a laughing matter. It grows exponentially it seems. I no sooner complete an item on the list and three more appear. My wife is determined not to let me become idle and sedentary in retirement. I have even lost 20 pounds since I quit "working". I used to be able to leave every month for two weeks to rest up. I have discovered when you retire you never get a day off.

Several years ago I modified a couple of Ares' Sails of Glory 1st rate ships for a friend (http://volsminiatures.blogspot.com/2017/05/ares-ottoman-first-rate-bash.html and http://volsminiatures.blogspot.com/2015/01/ares-sails-of-glory-kit-bash.html). He was nice enough to gift me two more 1st rates that had broken masts. They have been sitting on a shelf all this time gathering dust. The one I chose to work on is the Orient 1791 / L'Austerlitz 1808. The masts were removed and the hull was drilled for rigging. Planking seams were carved into the deck. Grating was installed in three places. Skylight painted on the cabin and some color added to the stern and quarter galleries. The masts and top masts were replaced with music wire and the ugly plastic connecting the sails to the plastic masts was removed with a Dremel tool. I also made a sea base to fit the Ares stand for display. 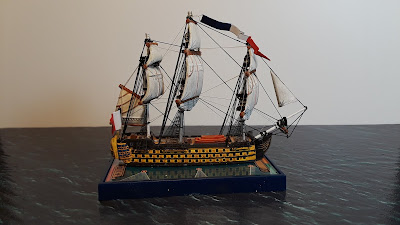 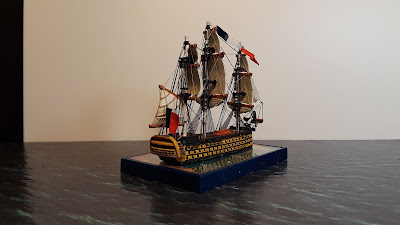 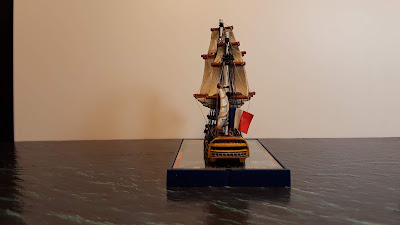 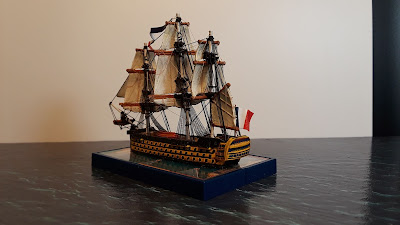 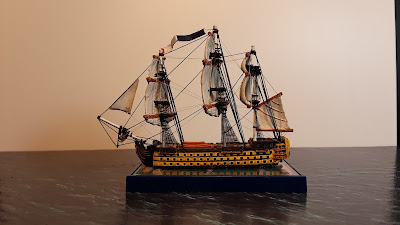 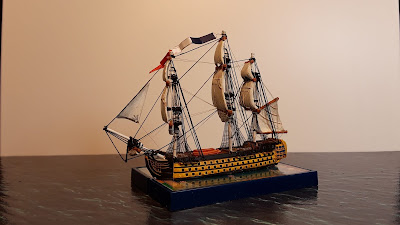 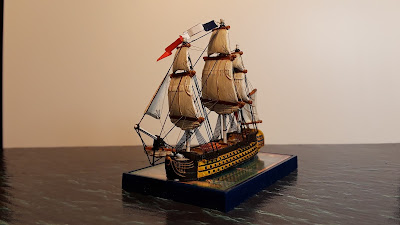 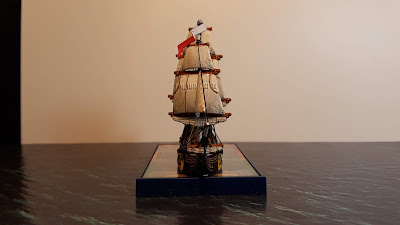 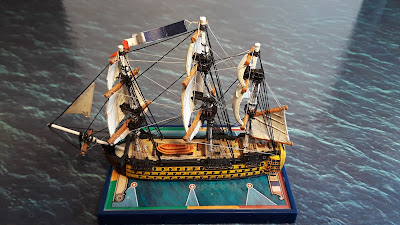 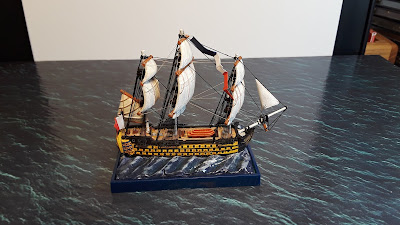 Posted by A Miniatures Hobby Room at 10:15 PM 4 comments: