Launched in 1789, L' Aquilon served off Italy in vice-admiral Bruey's squadron under Captain Antoine-Rene Thevenard and took part in the Battle of the Nile, where she fought HMS Vanguard, HMS Minotaur and HMS Theseus. She was captured and taken into the Royal navy as HMS Aboukir.

I have painted this model as she was painted at Aboukir, per eyewitness accounts. It is interesting that HMS Minotaur was painted in the exact same scheme at the battle.

Like all of the Black Seas ships I have done but one, the spars have been cut away and new spars mounted properly in front of the masts. Sails were copied to regular printer paper for use. The base is cut from a 2MM sheet of plexiglass and textured with a clear household contact adhesive named GOOP.

During construction I realized the ratline jig I made, and had been using for the brigs and 38-gun frigates, was much too small for the third rates. So I had to make a new one that, hopefully, will also accommodate the first rates, if and when I get one. I used the new jig for the lower mast shrouds and the smaller jig for the upper shrouds.


Here is the finished ship: 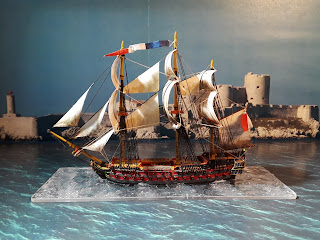 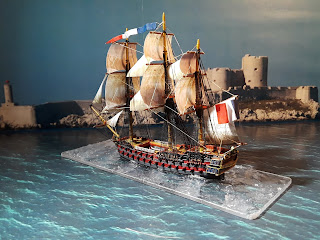 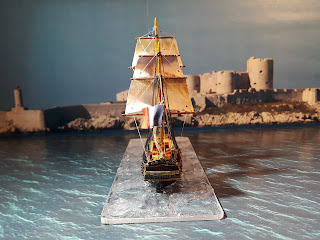 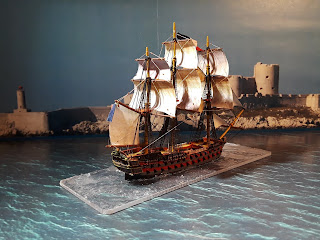 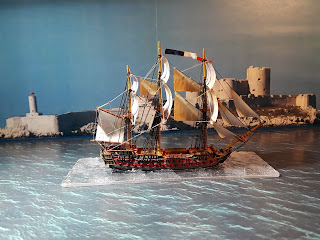 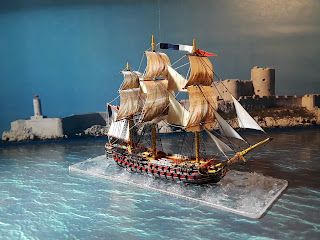 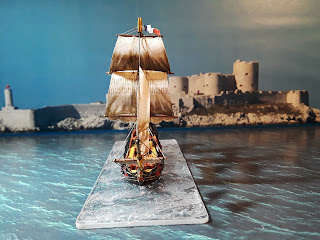 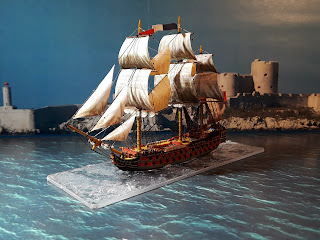 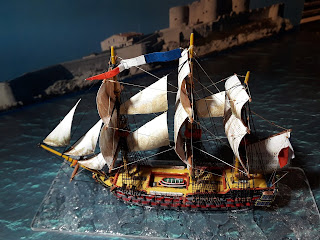 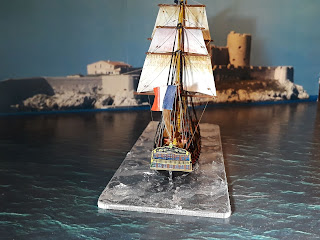 Posted by A Miniatures Hobby Room at 3:17 PM 8 comments: