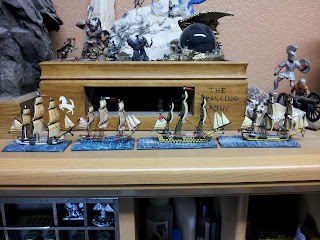 I had 7 weeks off over this past Christmas (2011) and started my first 1:1200 scale Napoleonic ships. I started with GHQ models to begin with. My first ship was a 74 gun Spanish that I didn't do very well on (although my wife and girls like it best). I hadn't done my research yet and painted it blue. I also had nothing for shrouds and ratlines so I just used thread. Here's a photo: 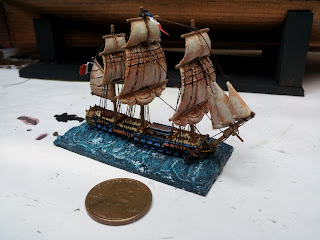 I learned a lot from this experience and my next couple of ships were better. I finally felt they were good enough to share so I wrote a short Workbench article for The Miniatures Page http://theminiaturespage.com/workbench/841692/. However I know now that the rigging was incorrect. 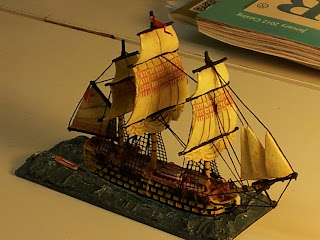 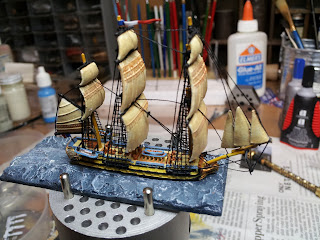 As you can see, I still hadn't done enough research. As the Virtualscratchbuilder pointed out, there were no side booms for ship's boats during this time period. And here I was so proud of how I devised and mounted them. I did learn these were anachronisms before he told me and have not added them to anymore ships. Stern davits are another story however. They were used on 4th rates and smaller by 1805. Here is the GHQ HMS Shannon 38 gun Frigate with a ship's boat suspended from stern davits. The ship is going to quarters so the other four ship's boats are being towed. 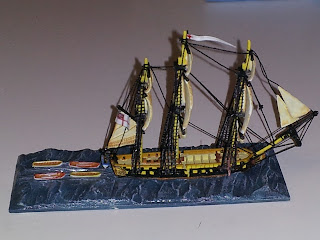 Note I used smaller mesh shroud/ratlines on the Shannon than the screen mesh I used in the Workbench article. I found two different sized meshes at Hancock Fabrics that is much better for these small ships. Below is a comparison photo. The two on top are the Hancock Fabric meshes and the one on the bottom is the screen mesh: 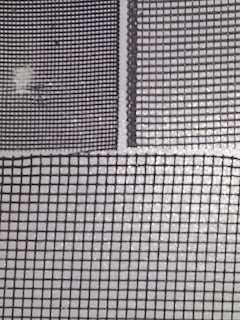 I use the smaller mesh for sloops, brigs, cutters, etc. And I now use the medium size for everything else. The screen is really too big.

Here is a 20 gun sloop of war with the smallest shroud mesh: 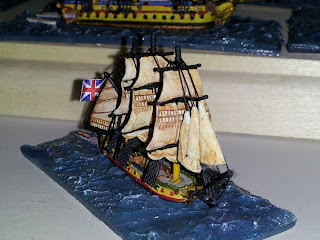 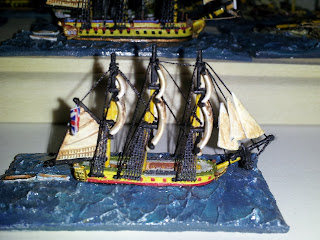 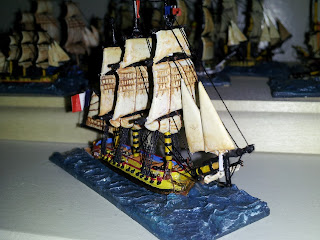 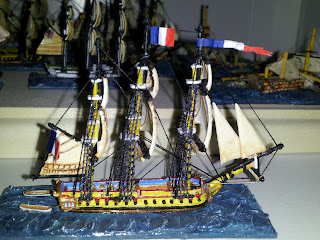 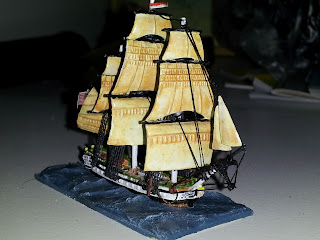 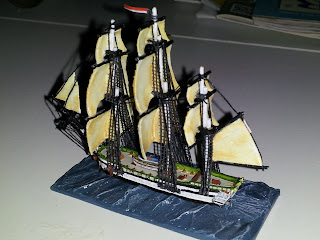 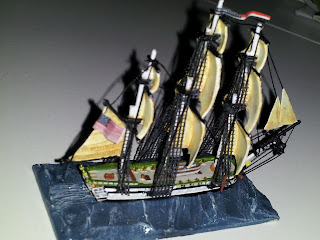 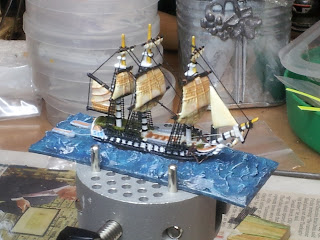 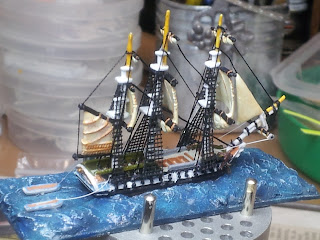 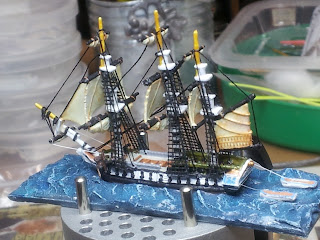 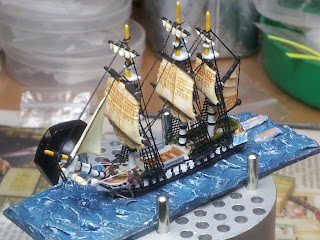 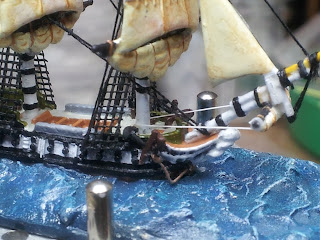 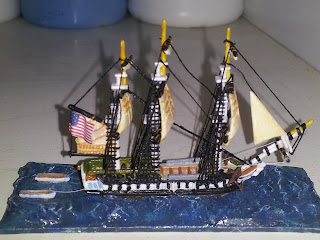 The rigging was tight when I finished and now with the humidity the thread is sagging. 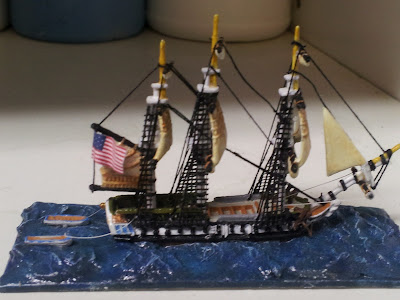 I think this is the last ship I will use thread on. I'm working on refitting a GHQ East Indiamen 44 gun converted to an American frigate right now that I am re-rigging with horse hair. It's pliable enough to tie knots with but is stiff enough not to sag. 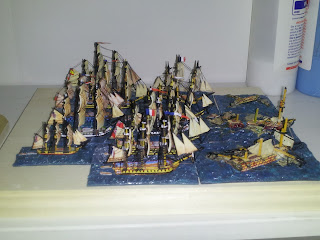 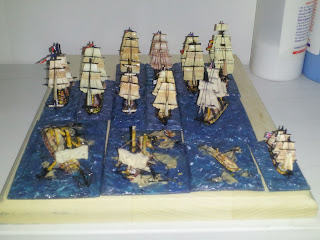 Hi, looking at the mesh you are using for ratlines. What is it sold as? i am trying to source some as I have run out of the stuff I bought in a second hand collection.It is very effective. Like your ships they look great

The mesh I use is from Hancock Fabrics, 4" Medium Heading 8540CL, skew# 3126042 at $1.59/yard. It only comes in white so I spray paint it black, which also helps hold it together when cutting. I also brush it with watered down PVA to hold it together, then blow on it before it dries to open the mesh clogged with the glue. It's a lot easier than it sounds.