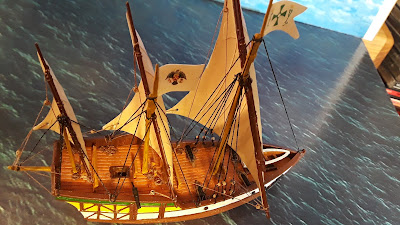 A few years ago my youngest daughter gave me the Lindberg Ships of Columbus pack for Christmas.
I haven't done much in the shop since I retired so I decided to put one of these plastic ships together to see what could be done with it. Like most plastic models from the majors, there are a few historical mistakes and inconsistencies. No one really knows what the Nina looked like. We know it was a typical caravel, but that is all we know. Some paintings and models show Nina as a three masted ship while others have only two masts. Some show all lateen sails, others are square rigged, and a few I have seen are a mix of both lateen and square sails. I would imagine she could be rigged in what ever way best suited the wind at the time. The four cannon that came with the model are the wrong scale and the wrong century. I had to figure out how to make more appropriate breech loaded cannon typical for the end of the 15th century.
I tried wire and thread for the barrel and balsa with sliced sprue for wheels the first go. Not very nice.
I settled on turning some barrels from round toothpicks using a Dremel and small micro file. This worked so well I also turned a small iron breech loading swivel gun. 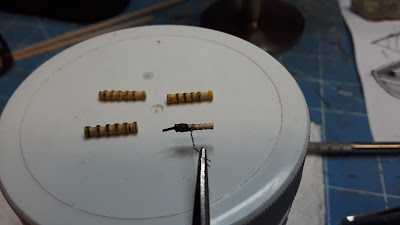 Carriages are carved from balsa 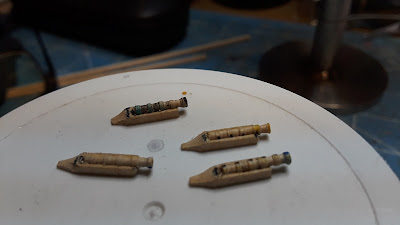 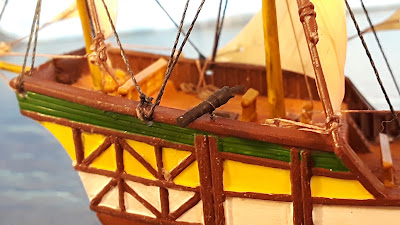 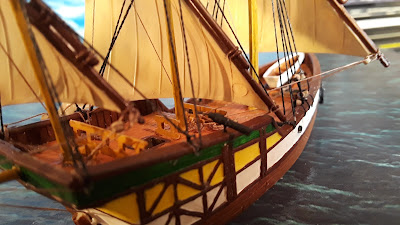 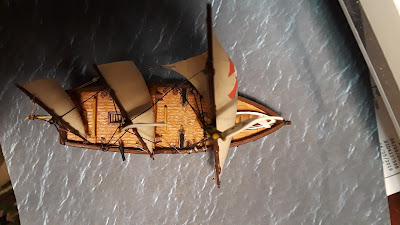 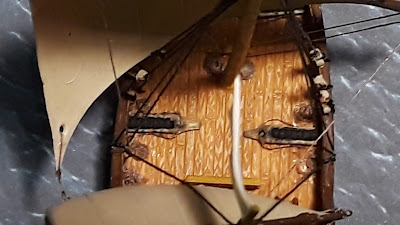 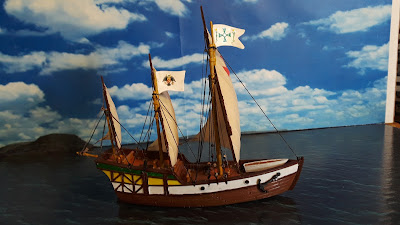 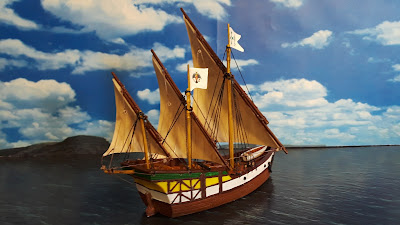 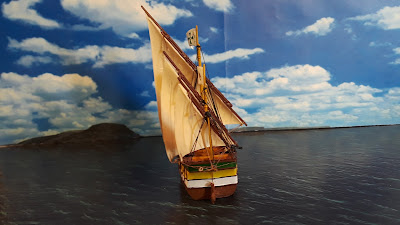 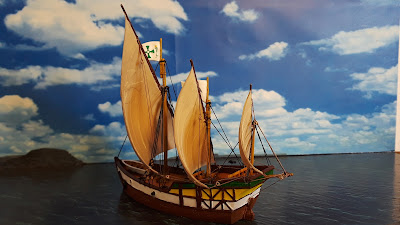 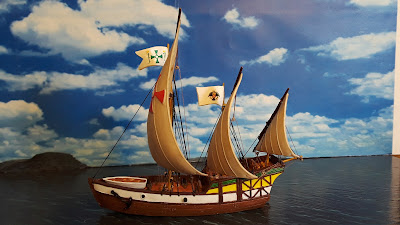 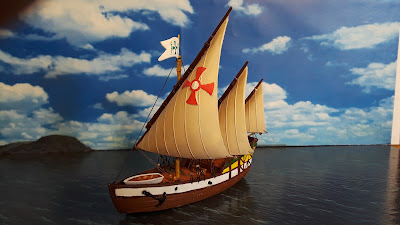 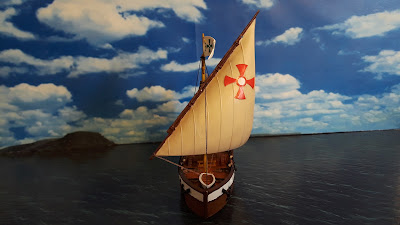 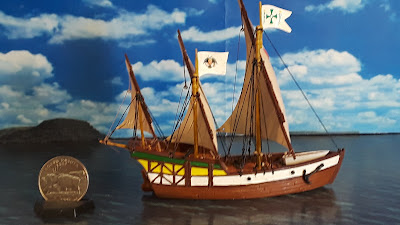 The next two are the waterline model set on the full hull stand for display: 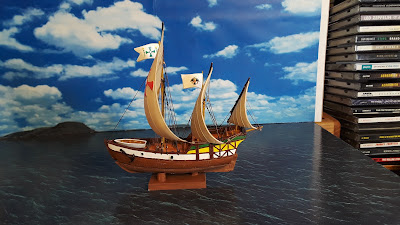 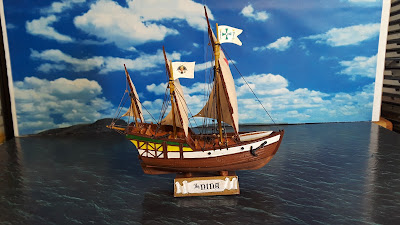 Posted by A Miniatures Hobby Room at 9:54 PM 2 comments: