Yesterday I posted my catch-up news. Today I am posting the ship that has been in the works since early March. This is a Simon Mann Montanes class design PLA print. It was painted last March and then set on a shelf with several other hulls I painted then. During the summer I scratch built the masts for all of them. Spending a bit of time here and there, it took a good month to get the sails and spars made and mounted. And then another couple of weeks to accomplish the rigging. So here are the few photos I took during the process and pics of the results. Hope you like! 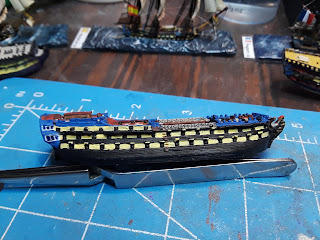 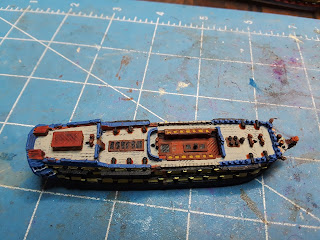 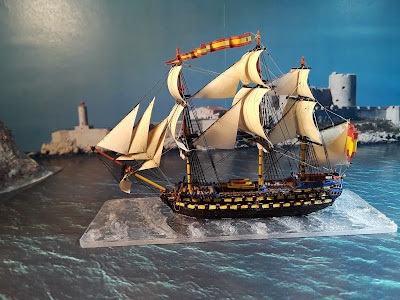 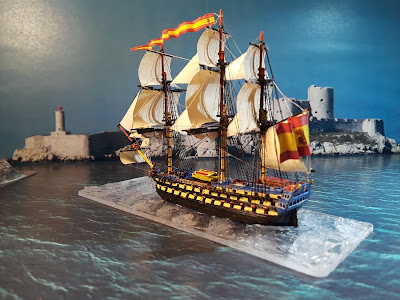 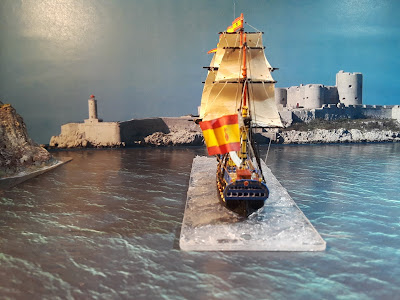 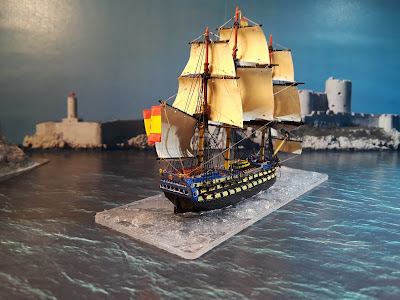 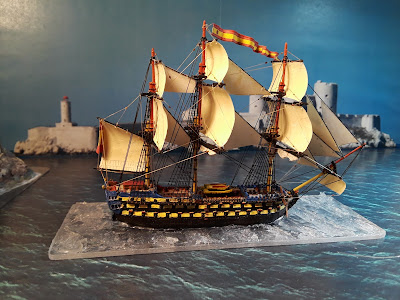 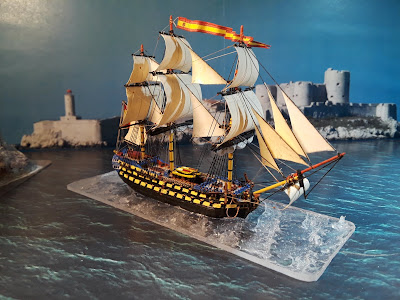 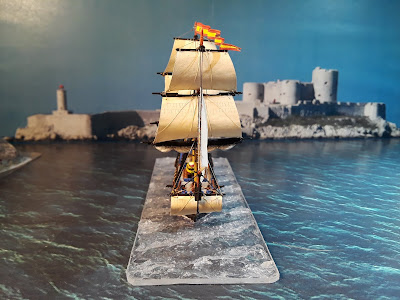 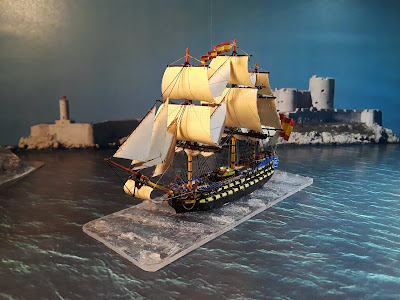 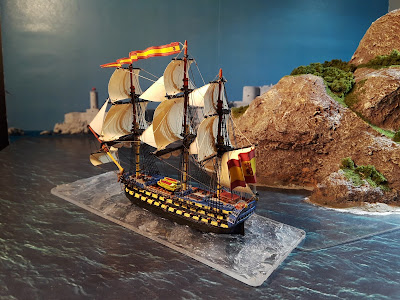 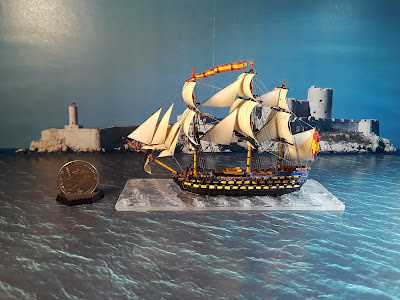 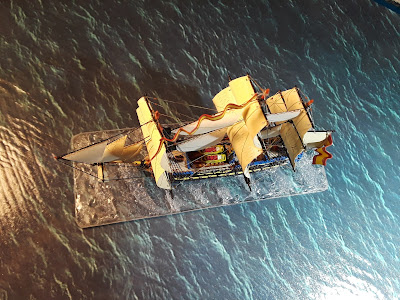 I should probably work on the rest of the hulls I painted before starting any of the newer hulls I printed. But I know myself better than that. I may get the urge to build one of the smaller schooners or sloops or maybe a xebec. And I want to get the printer working again too. After all, Simon has put out two new Spanish ships and Henry has a done new ship as well. Plus David Manley has a several new ACW ships out now.........

Posted by A Miniatures Hobby Room at 1:47 PM 5 comments:

Hello to all of my blogger friends! So sorry to have abandoned you and my blog for so long. After getting my 3D printer at the end of last March, I spent several days tuning it up. Then I went crazy printing ships in 1/700 and 1/1200 scales! I even printed a few 1/1000 and 1/300 scale ships. The ships were mostly Napoleonic, but I also printed some ACW ironclads and some 1/2400 ancient ships I scaled up to 1/1200. I now have boxes of them. Here are just a few of the prints that I took pictures of: 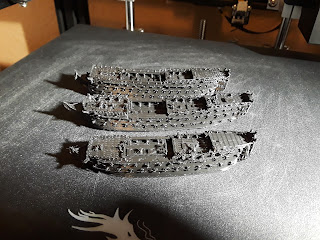 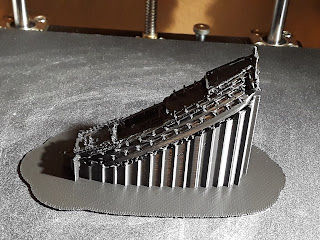 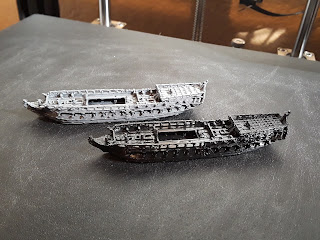 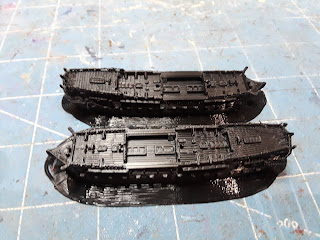 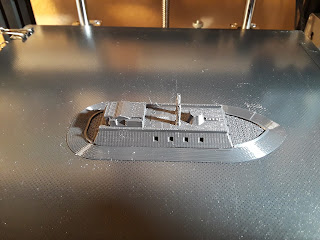 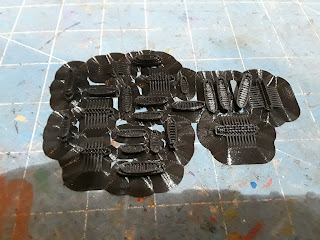 Then something strange started happening. The quality of the prints began to diminish. The PLA feed was restricted for some reason and in addition, the prints were breaking away from the plate no matter how much I ensured the level. after replacing nearly everything, I gave up. But it is ok because I printed enough for two life times! The only time I grit my teeth is when one of the two main designers puts out another new ship that I don't have twenty of! 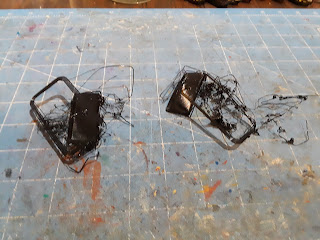 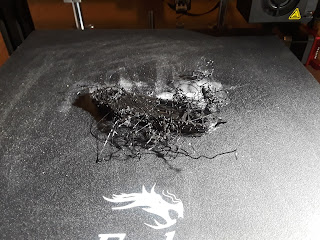 About the time the print quality was deteriorating, the weather started getting nice. So I have been working outdoors pretty steady since the middle of May. The exception was when we had the record heat wave the end of June. But I still didn't get much hobby time in. Since then we have moved my youngest daughter out to her first apartment and nearly got evacuated due to a nearby fire that burned over 18,000 acres and got within 3 miles of the house. That was Monday night the 16th, and the whole week was stressful wondering if they were going to get it contained. Fortunately the weather cooled off and we got a little rain, which helped tremendously.

All summer though, occasionally I would work on something in the evening. It might be 15 minutes, maybe 20, whenever the mood would strike. one of the projects I completed was scratch building all of the masts for the 1/700 printed hulls I painted in March, before I got the printer.

So that pretty much catches us up to the present.
Last night I finished the Argonauta but wanted to get this catch-up post done first before I post it.
Thanks for looking.
Posted by A Miniatures Hobby Room at 8:16 PM 9 comments: