I recently bought 12 Davco 1:1200 Napoleonic ships from a fellow shipmate on the SOG Anchorage. Having never built a Davco ship before I decided to start on one of the larger ships of the line rather than the smaller vessels. I picked the 64 gun HMS Agamemnon.  The hull casting was almost as good as the Langton and GHQ ships and comes in two pieces, stern gallery and hull, like Langton and GHQ. The masts are also nicely cast, unfortunately they are softer than the GHQ masts and unusable in my opinion. The sails are also nicely cast but the spars are nonexistant.

So, although there is nowhere near as much scratchbuild and modification work required compared to the Navwar ship Revolutie, there was still  a substatial amount that needed to be done. New masts, jib boom, and bowsprit had to be built, and spars cut and added to the sails.

Also there was a real surprize towards the end I hadn't counted on. I always build from the stern to the bow and rig as I go. When I got to the bow, after mounting the fore mast and jib assembly, I discovered the flying jib and fore topmast staysails were billowed the oposite direction from the driver?? Really?? I checked all of the Davco ships and they are all that way, just wrong. I find it difficult to believe the manufacturer and customers never noticed. I asked my friend about it and he looked at his Davco fleet that he has had for many years. He confirmed they are all backwards with the drivers billowed to port and the jib and fore staysails billowed to starboard. He says he and all the gamers he's played with over the years never noticed or never mentioned it if they did. I'm almost sorry I pointed it out to him. The bottom line is that just when I thought I was almost done, I had to make two new brass sails, paint and seal them, then wait for them to dry before I could mount them.

Here are a couple of photos of the reverse spanker/driver and jib, fore topmast staysail, and fore staysail for the HMS Temeraire I am also building: 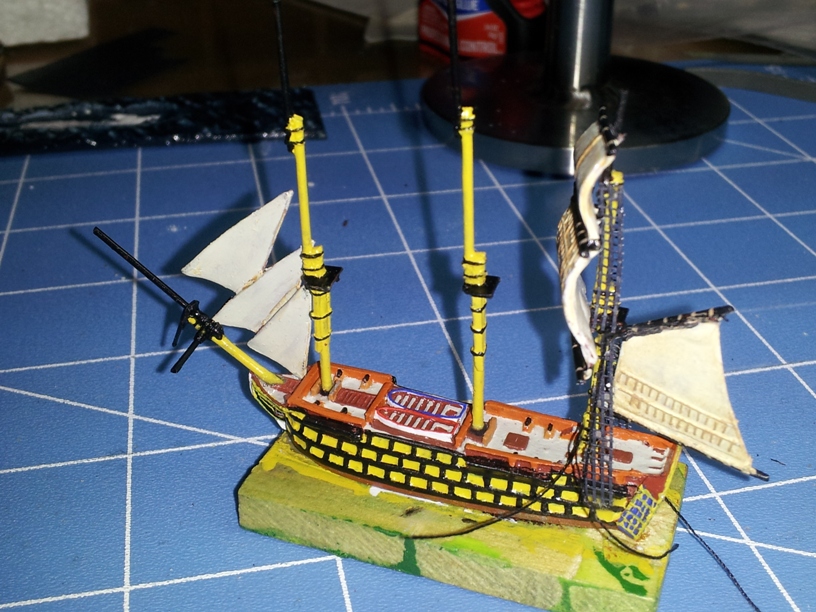 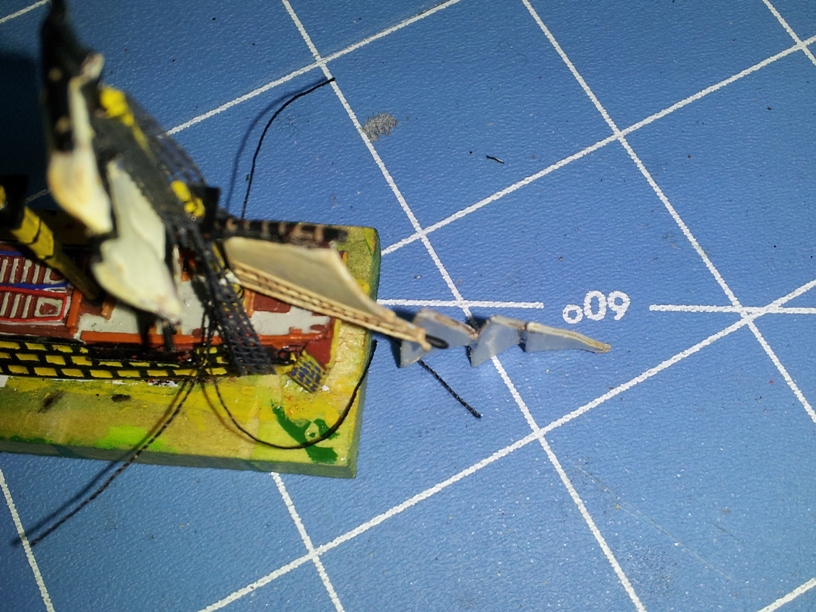 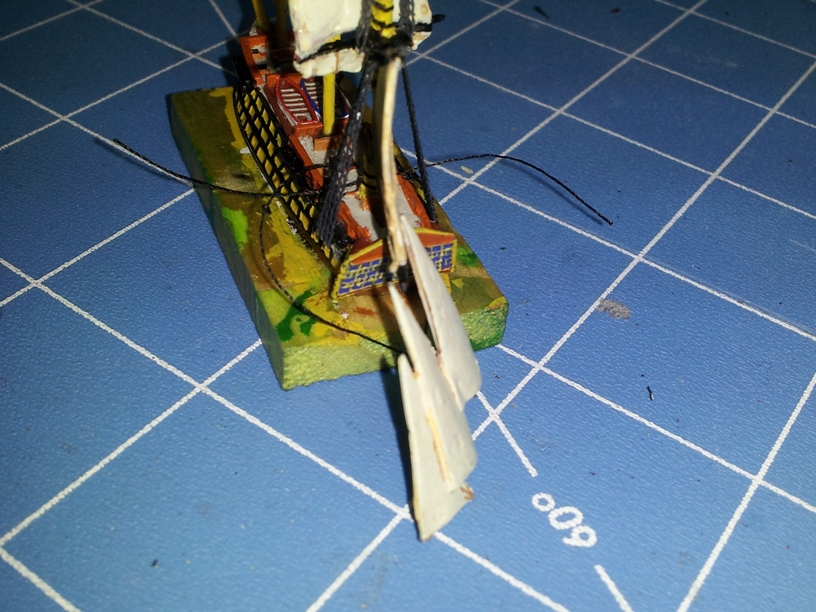 The last thing I added were anchors, GHQ extras of which I am running low.

I would also like to mention the fact that the Langton HMS Agamemnon is in no way the same ship. So I'm not sure which is the more accurate for class and configuration.
Here are the finished photos: 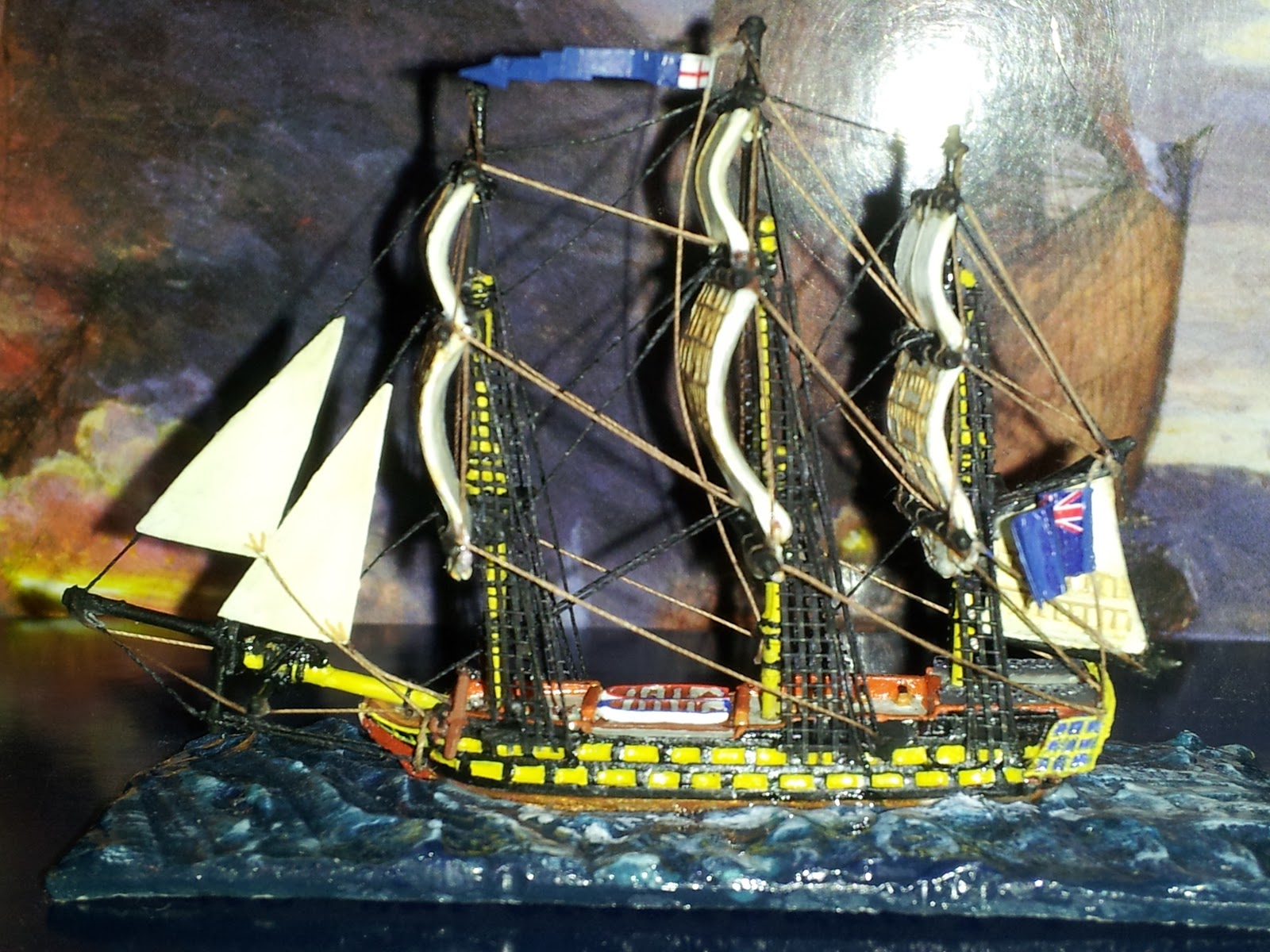 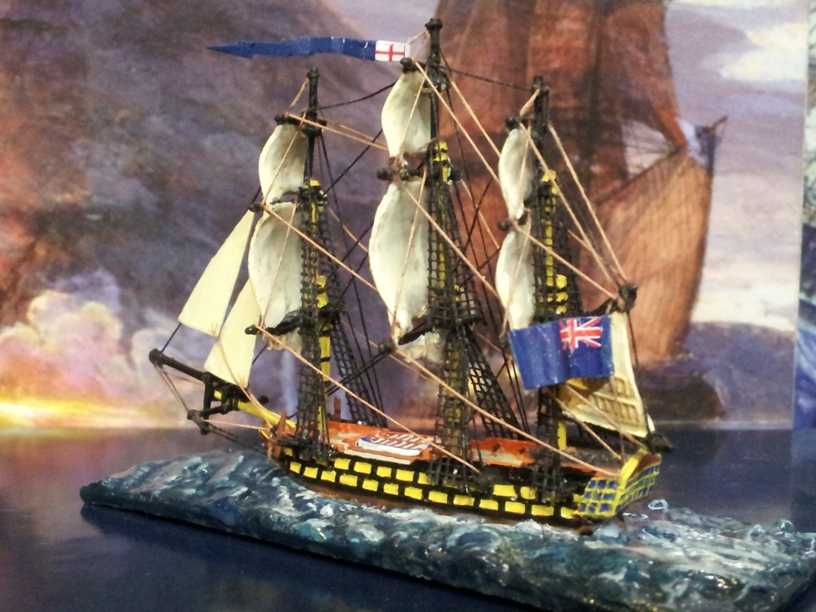 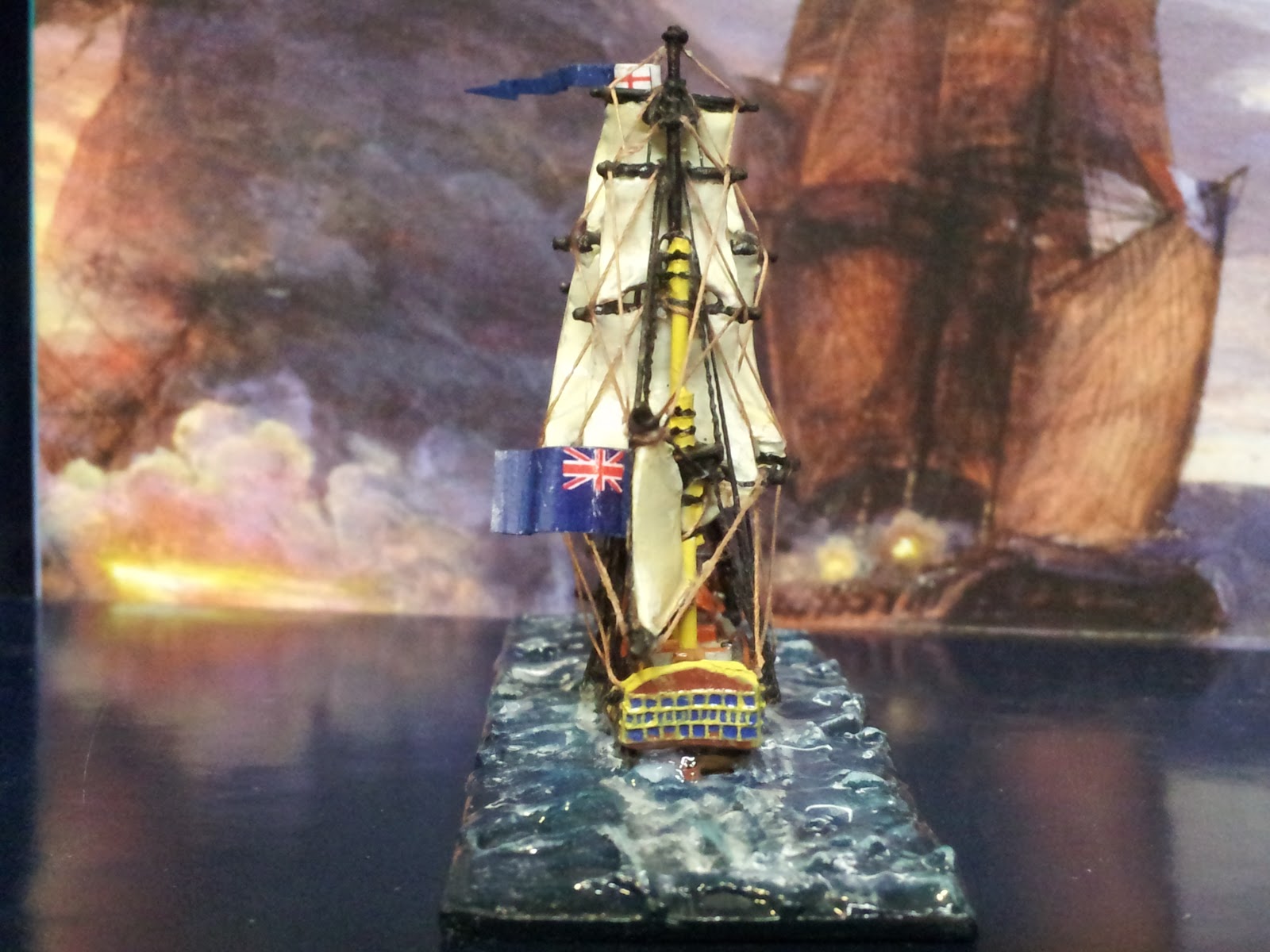 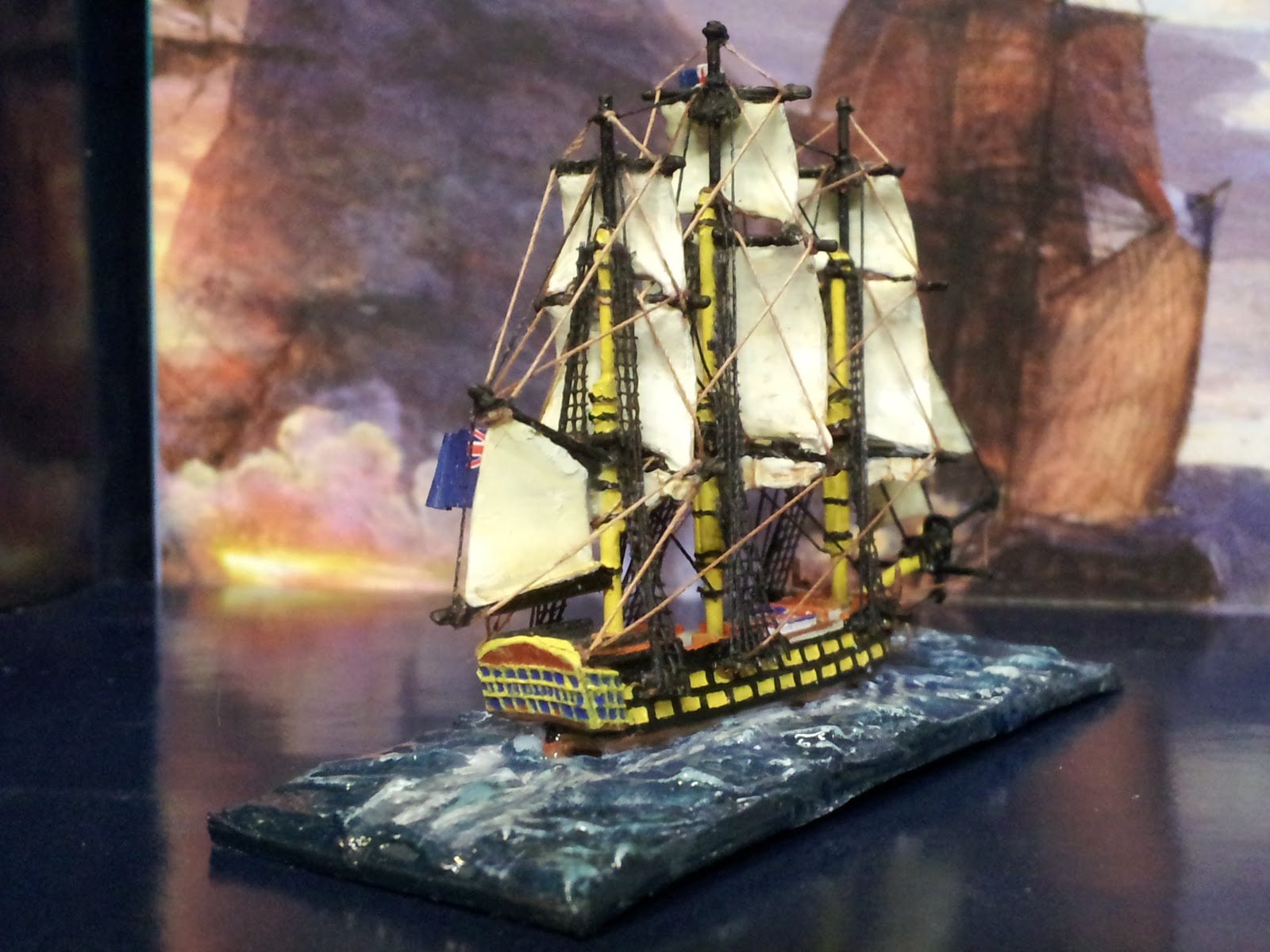 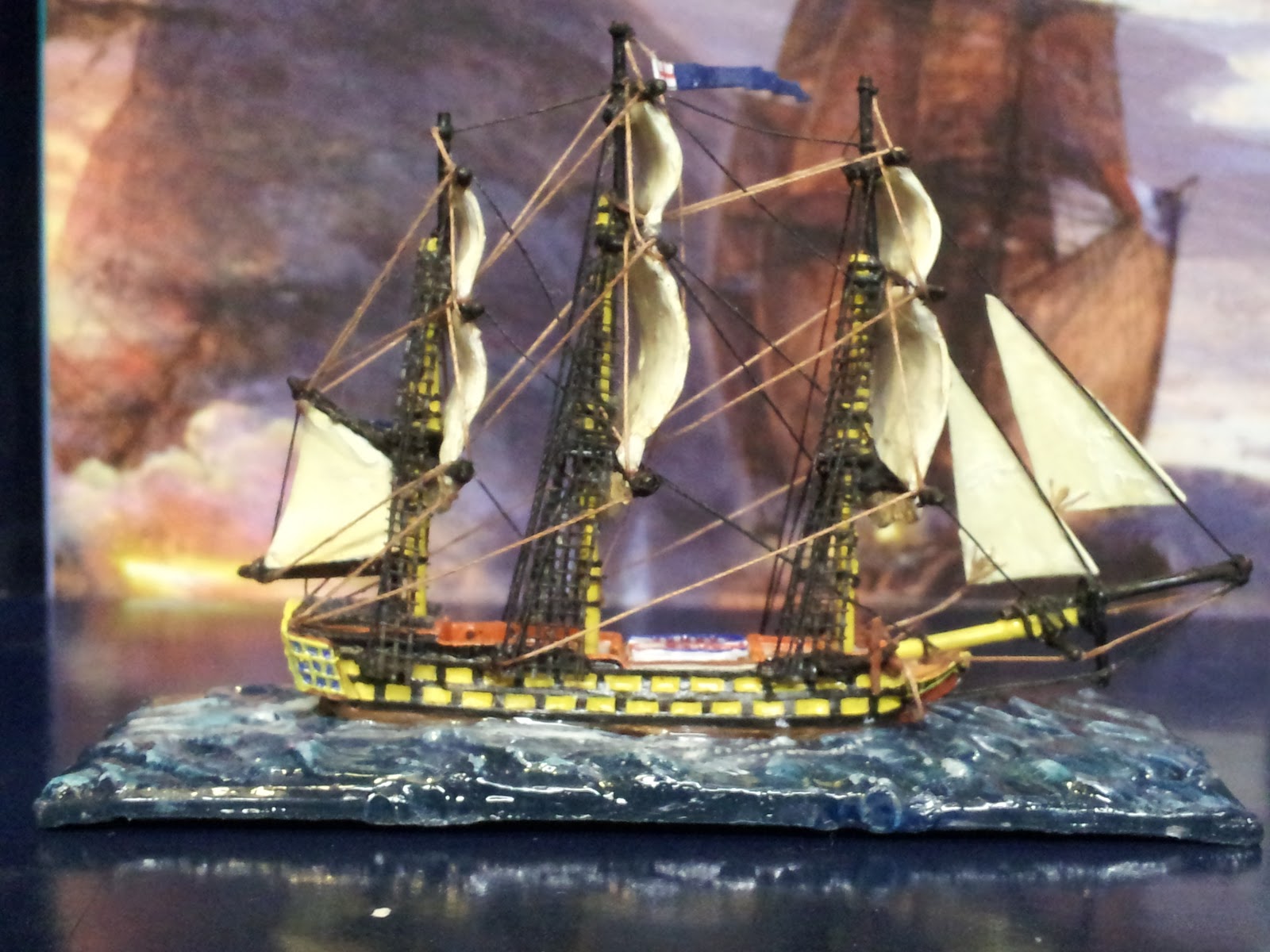 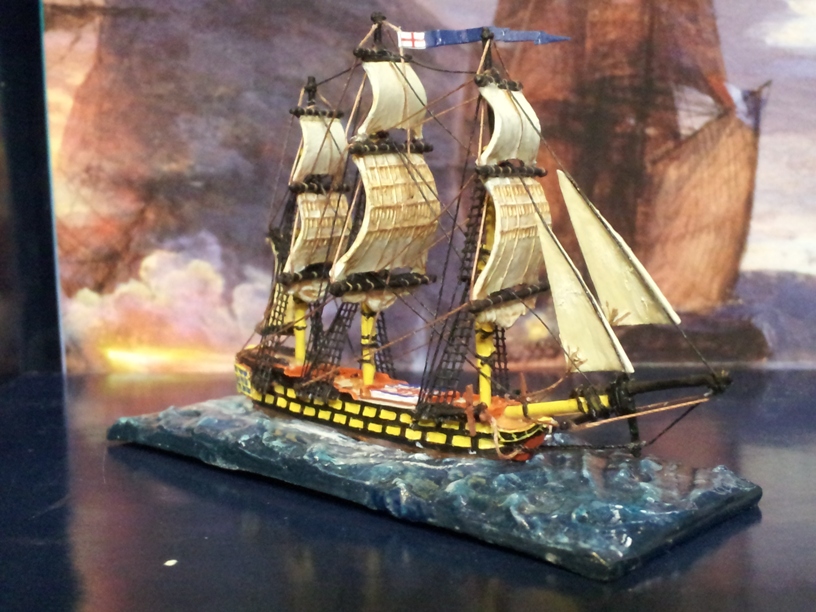 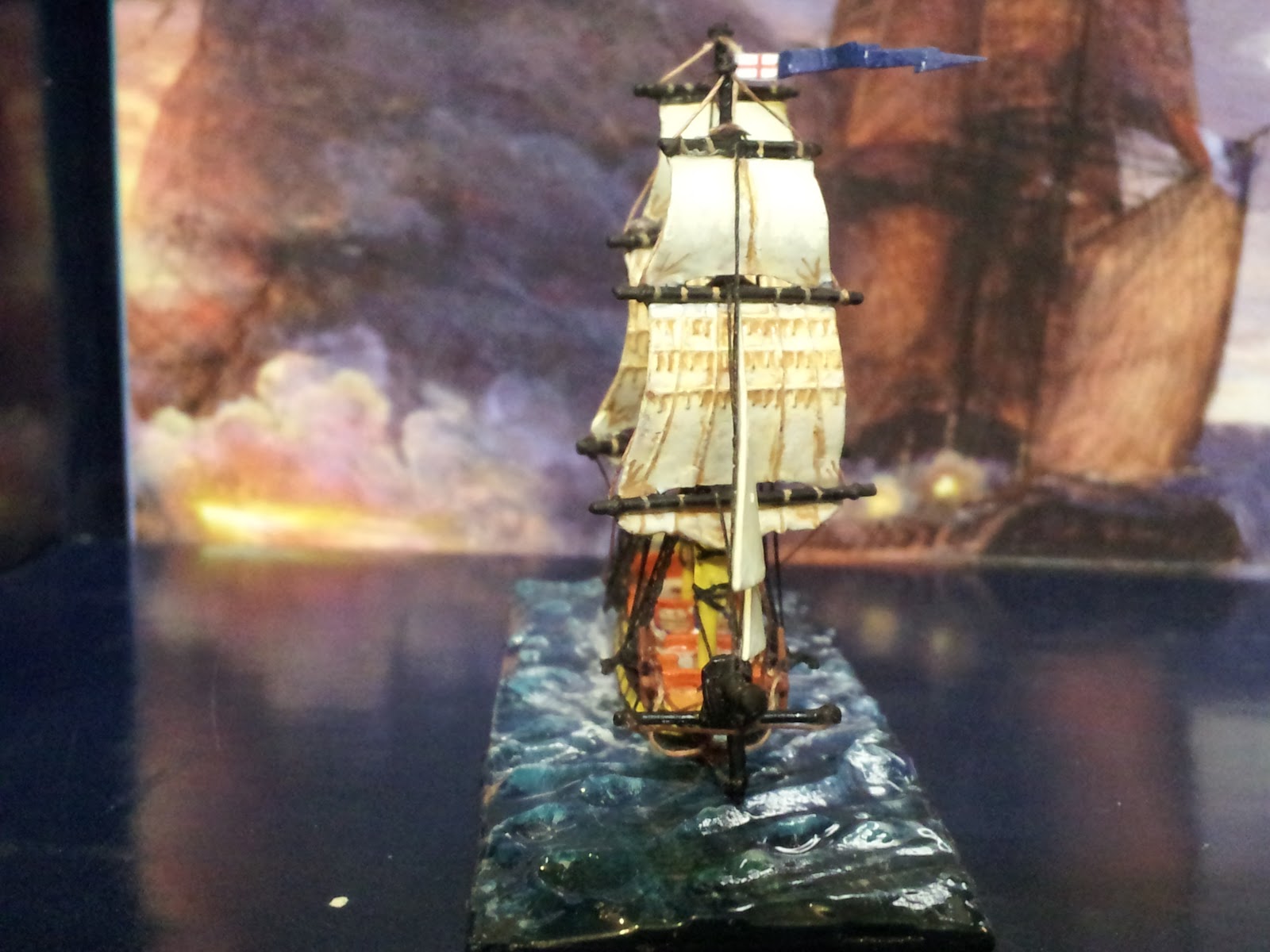 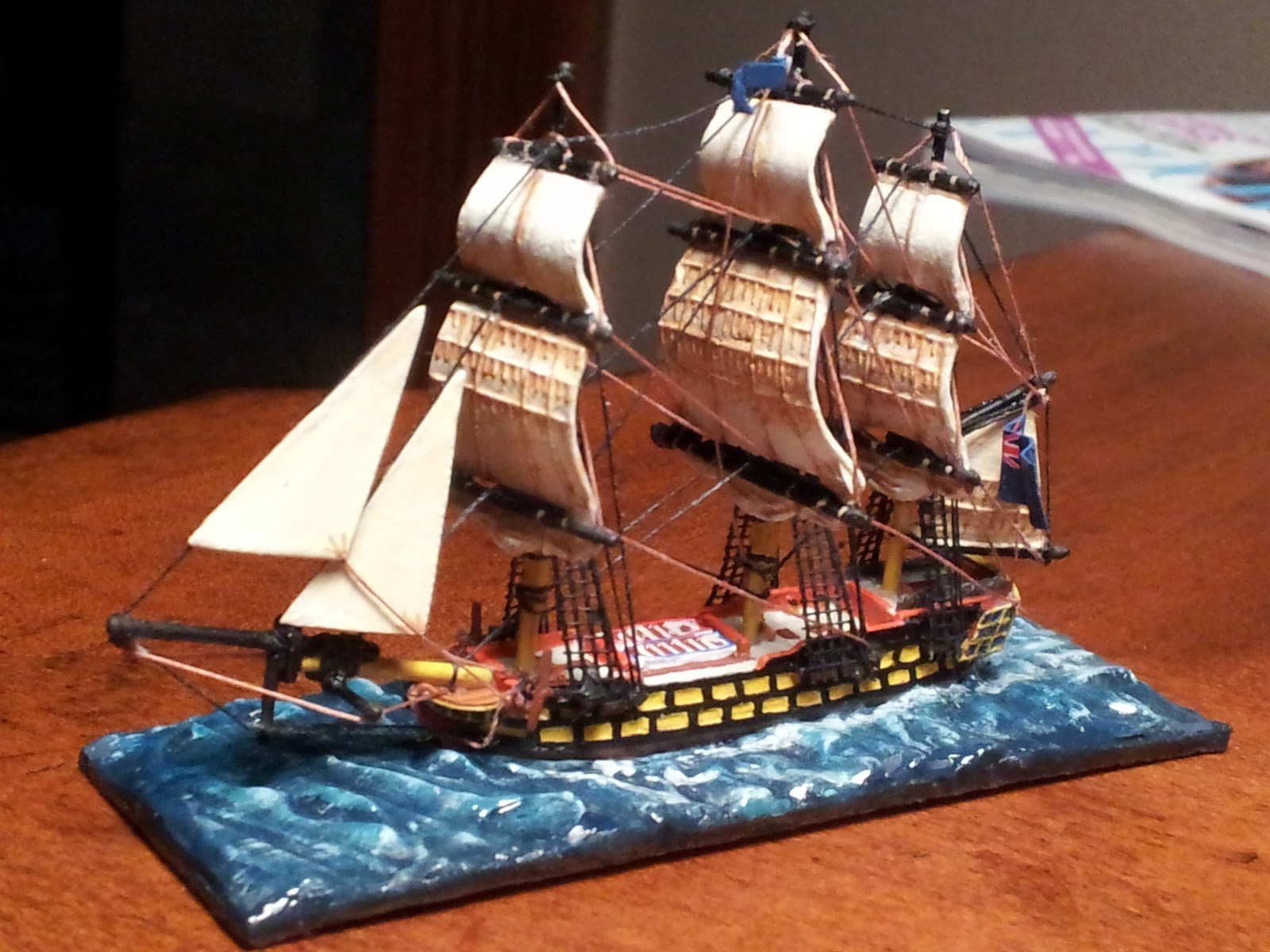 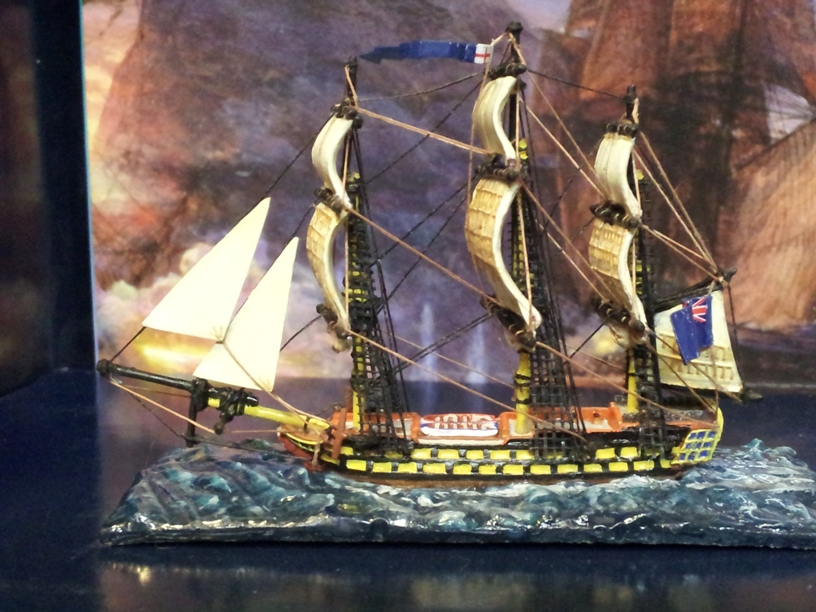 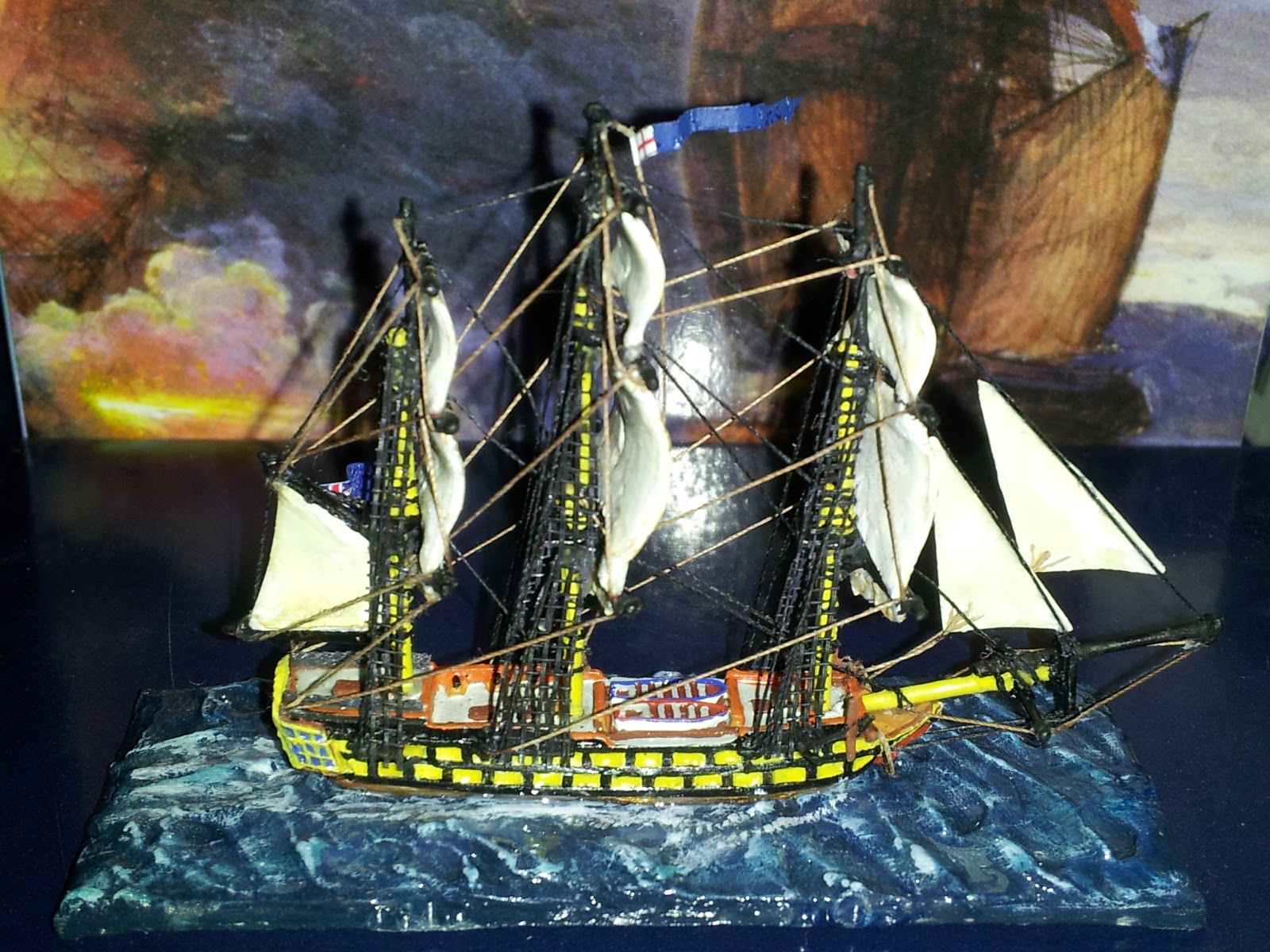 My next post will be the completed Davco HMS Temmeraire.
Posted by Unknown at 9:54 PM No comments: