Here for your viewing pleasure (I hope) is GHQ's version of the 38-gun USS Constellation. One of the original six Humphreys frigates authorized by Congress in 1794, Constellation and Congress were designed as 36-gun frigates. They were over sized for their ratings. The keels for Constellation and Congress were 135 ft long, with a 163 ft gun deck. Contemporary British 36 gun frigates had a gun deck that was 137 ft in length, and the 38-gun British frigates rarely exceeded an overall length of 150 ft. Even Pomone, a French 44-gun frigate, had a 159 ft gun deck. Humphreys designed these ships to mount 28 18-pdr long guns on the gun deck, and eight 9-pdrs on the spar deck. As designed, it would have given them a punch greater than the standard British 38-gun frigate, but in actual practice, both ships carried more and heavier guns on their spar deck than their design specified. 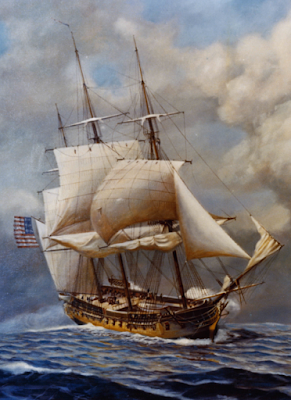 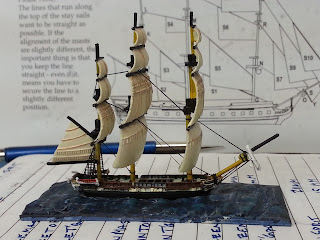 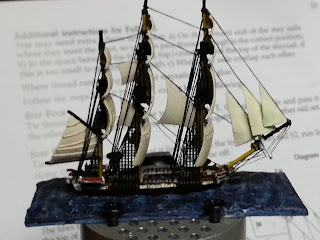 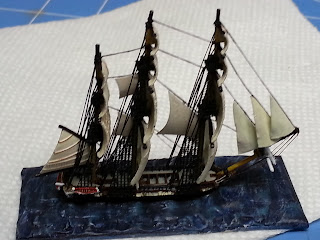 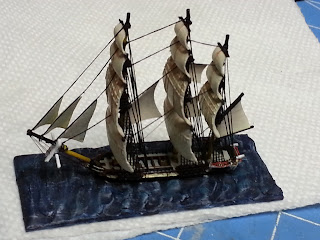 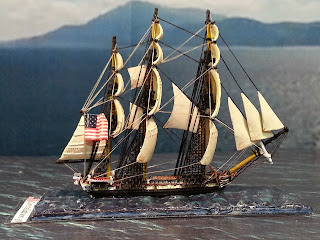 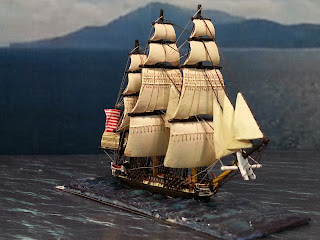 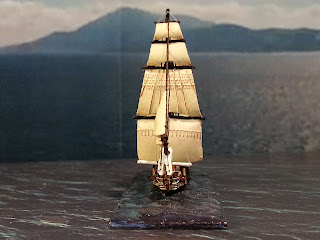 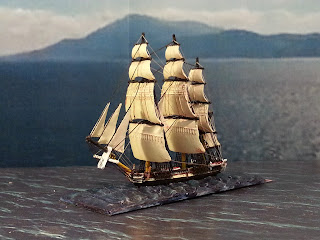 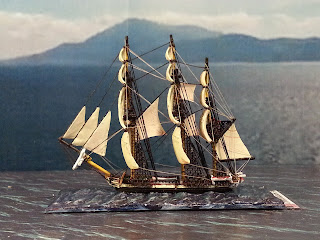 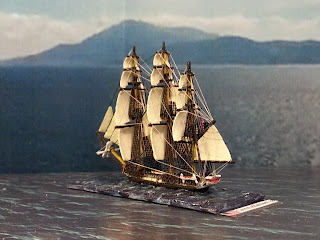 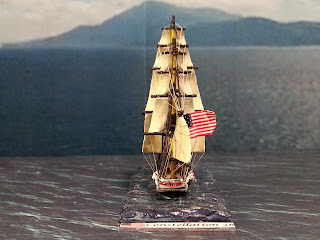 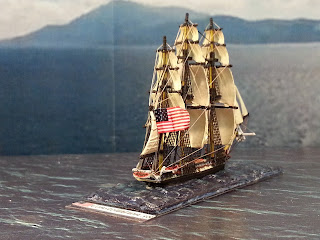