I took a break from my American fleet to build another French ship of the line. This is the GHQ version of a Téméraire class 74 gun ship Le Fouguex. Launched in 1785 at Lorient, she took part in the First Battle of Groix in 1795. In the battle of Trafalgar she fired the first shot at HMS Royal Sovereign. She was captured by HMS Temeraire and wrecked in the storm that followed the battle. She displaced 1,966 tons and had a crew of 700. Length of gun deck = 183'3" imperial; Breadth = 47' imperial; Depth of Hold 23'5" imperial.
Armament: Broadside Weight 881 lbs
Lower Gun Deck = 28 x French 36 pounders
Upper Gun Deck = 30 x French 18 pounders
Quarterdeck = 16 x French 8 pounders
Forecastle = 4 French 36 pounders carronades 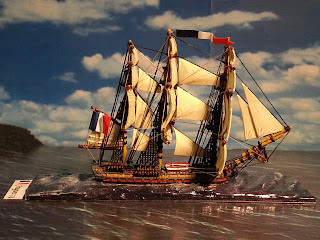 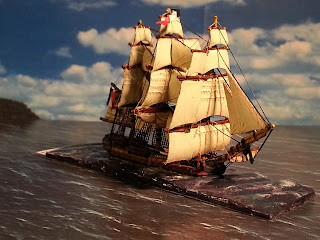 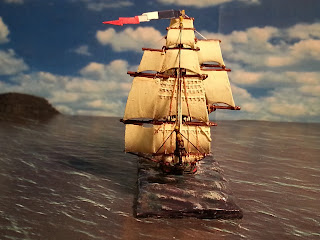 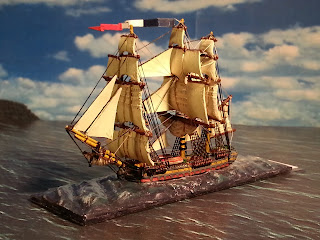 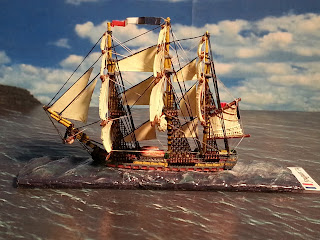 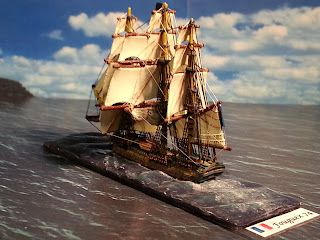 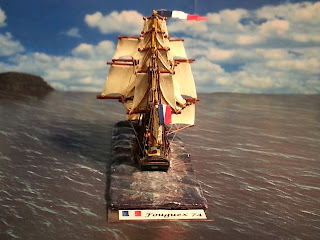 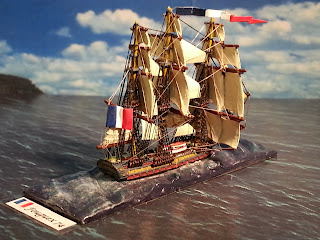 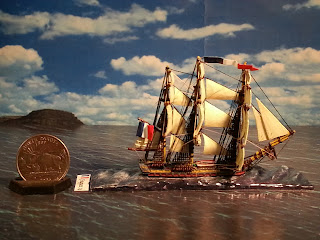 Posted by A Miniatures Hobby Room at 12:40 PM

Dimensions are correct, but, calculated from French data, don't match with the Royal Navy's measurments (beam was measured including planking in the Royal Navy, for example).

Thanks for the corrections, here and in other posts. Who are you L.R.? I would like to consult with you as a possible resource for future posts.
Regards,
Vol

I have no website, but if I choose to have one I'll link.

I know James wrote about the Commerce-de-Marseille. Do you know in which book, on which page ?

Thank you very much, Vol !

Thanks to you, I have plenty of new data !

II wish I can return the favor. Here are some data about the French Sané's ships of the line.

Armament of the French ships of the line :