It has been quite a while since my last post, last June in fact. The summer was not that busy and I had plenty of time to spend in the shipyard, but to tell the truth the creative juices just dried up. I sat down in the dungeon a lot and thought of doing something, anything! It just wasn't there. I watched a lot of movies, got caught up on everything Netflix and Amazon Prime had to offer. Without gamers to play with, I just lost the incentive to build anything for gaming.

Now it is winter and too wet to play outdoors. My UK friend Rory recently finished a beautiful 1/500 scale Airfix Victory. It turned out so nice I was inspired to build an old 1960's 1/250 scale Pyro Brig of War I picked up on eBay a while back. It was a partial build so I had to take it apart first and clean it up. It was two cannon short, had a broken mast, and was missing the flags and stern decal. I chose not to make ratlines for it, so just rigged the shrouds. There is no ship's boat, which I have always thought odd with these models, and I just didn't feel like taking the time to make one (I am just barely out of my creative block after all). So here she is: 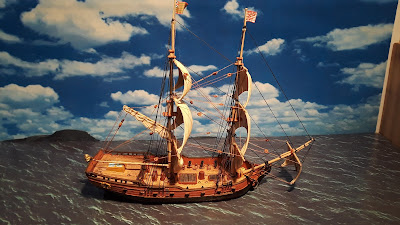 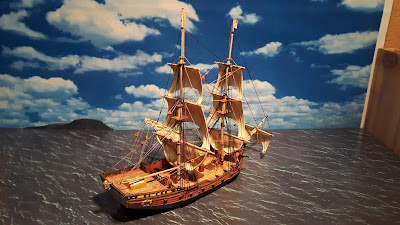 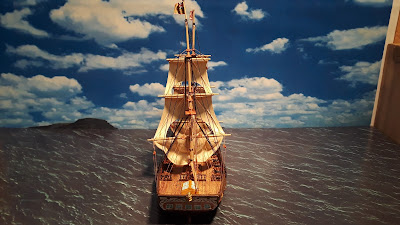 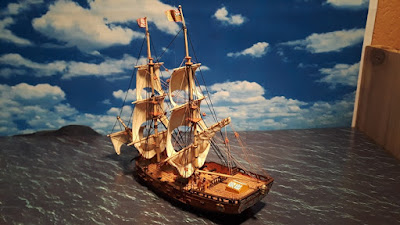 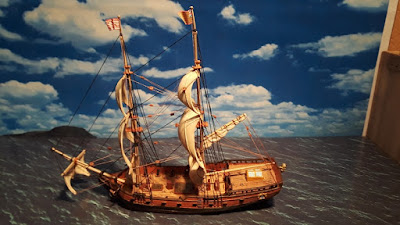 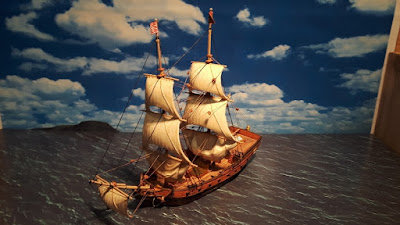 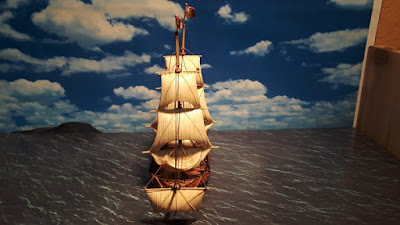 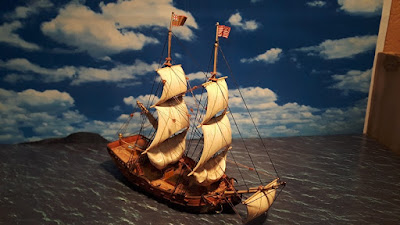 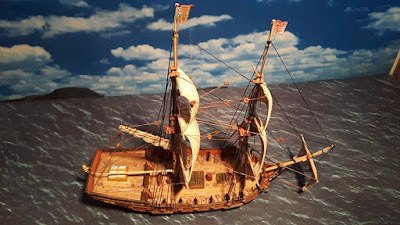 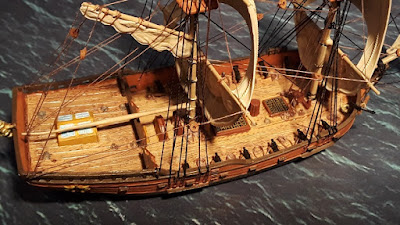 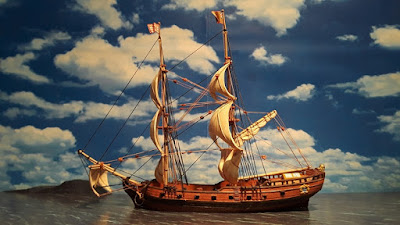 Posted by A Miniatures Hobby Room at 7:33 PM

Very nice Vol! Glad to see you back. Also, don't beat yourself up too much; we all get into a slump now and again. So, 1/240 scale would be about 7mm tall figures, right? Allow me to point out some nifty 10mm naval figures so you can run a cutting out scenario!
(Seriously, they're right here: http://shop.capitangames.com/index.php?id_category=306&controller=category )

BWW
PS: You know you need them.

Nice! Thanks Brian, but there are no "working" crew. But you are right, this big boat looks bare without crew.
I'm building my first card Jeff Knutsen ship right now. Shrunk it down to 1/1200. Started rigging it tonight. It's surprisingly stout.

No, maybe you don't NEED those little guys, but you know you WANT them....

Personally, I can't wait to see those cardstock ships finished in 1/1200 scale. I've thought about trying it, but just keep putting it off. Having built a lot of cardstock buildings, the thought of trying to fold tabs and whatnot in 1200 scale on something as small as a Great Lakes ship really gives me the heebie-jeebies.

Brian,
Actually it is War Artesan's 64 gun free sample that I'm trying out. It's coming along pretty good. I just put the ratlines on last night and intend finishing the standing rigging tonight. I am debating whether to base it or not. It actually fits well with my metal and scratch wood models. I would put it on the table with them (reason I'm thinking of basing it)
Regards,
Vol