Guerriere was a French 38 gun frigate launched in 1799 and commissioned in 1800. She was captured from the French, after a hard fought battle, by HMS Blanche on July 19, 1806. She had an eventful career up until the War of 1812. She is most famous for her fight during that war with the USS Constitution. Too badly damaged for a prize after the battle, Guerriere was set on fire the following day.

The Guerierre mounted 18pdrs on the gun deck, 32 pounder carronades and 12 pounders on the quarter deck and forecastle. At the time of the action with Constitution the Guerierre boasted 44 guns with a broadside of 526lbs. She mustered 244 men and 19 boys at quarters. There is a plethora of information, accounts and art available on line and in libraries about this final action so I will not add to it here. 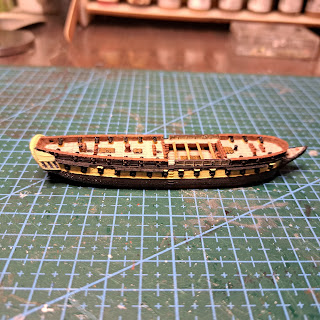 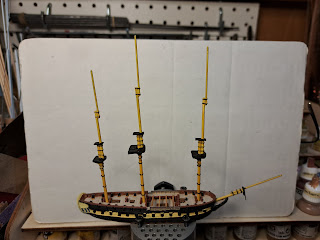 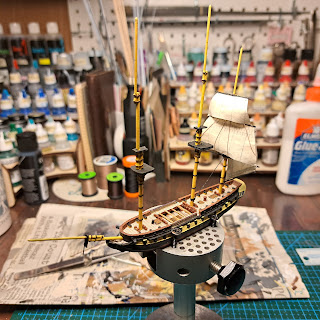 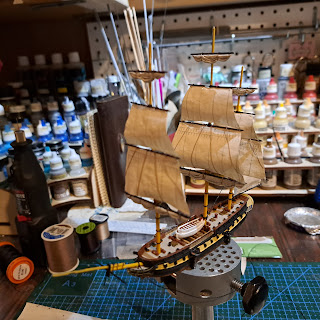 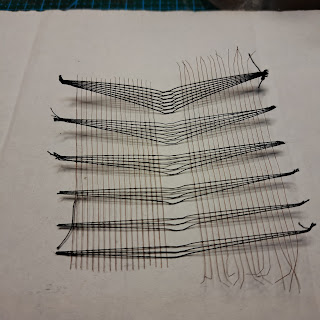 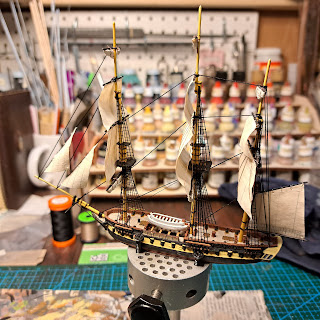 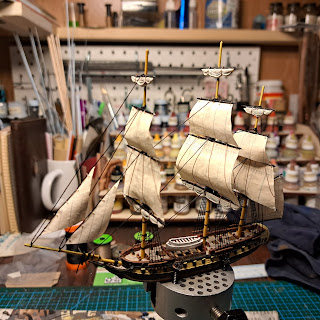 And the beauty shots 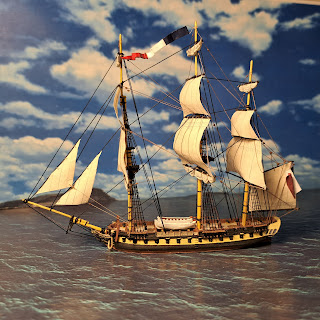 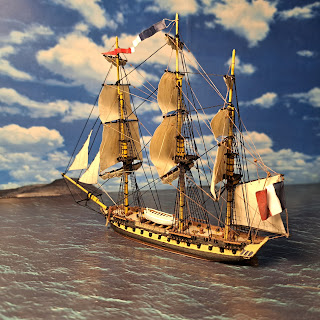 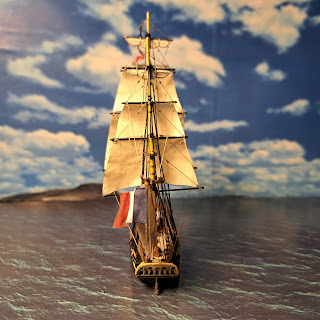 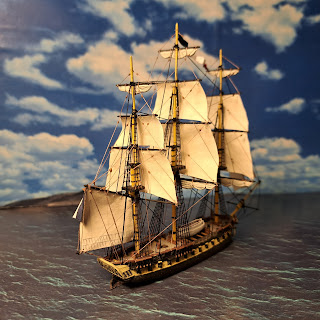 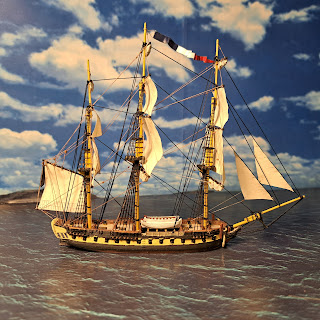 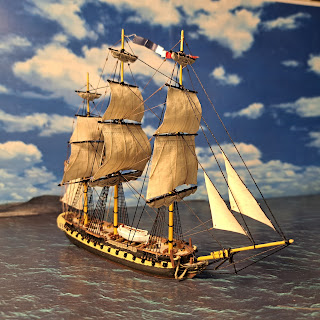 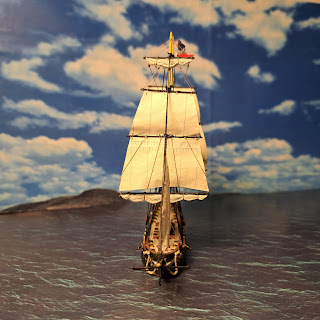 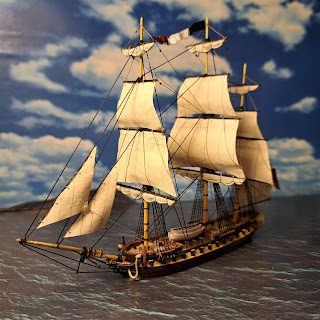 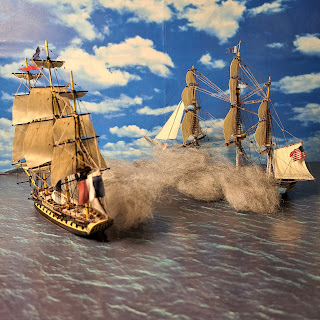 I know that in the last post I teased a few photos of a Sci-fi project I had started with printing Babylon 5 ships. Well I did a little more and then the urge to build sailing ships hit me again, sorry, what else can I say. I may get back to it again this winter. Here is where I left off 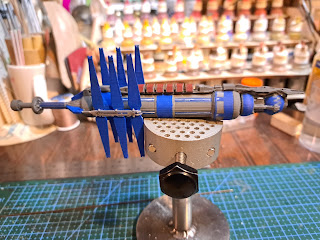 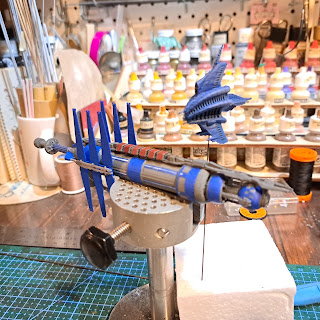 Until the next post, I hope everyone continues to enjoy this great hobby!

OOPS! I was so anxious to finish Guerriere that I mounted her French colors instead of the intended British ensign! Dang! 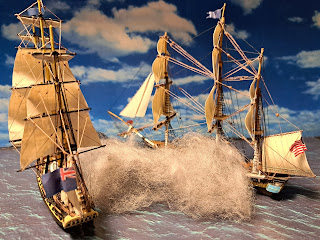 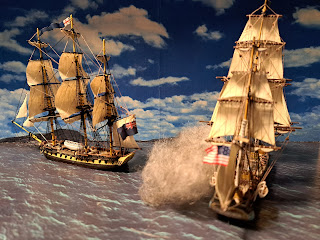 Posted by A Miniatures Hobby Room at 6:08 PM

Email ThisBlogThis!Share to TwitterShare to FacebookShare to Pinterest
Labels: 1/450, 3D, Plastic, War of 1812

Terrific job on the ship. Looks superb. Is it hard to change out the colors or is it now. French ship forever? 😀

Changing it out now Stew, haha. Can't believe I did it, gettin' old I guess! 🙄

Beautiful. I appreciate the plethora of pics showing your progress.

And B5 looks good as well!

Lovely frigate, I can see why you were drawn back to it!
Best Iain