Here is the next ship in my growing British fleet. This is the GHQ HMS Boyne model. The Boyne however, was not in any large engagements. Therefore I have modeled it as another ship in the Boyne class, HMS Prince of Wales. Prince of Wales was launched on July 28, 1794 at Portsmouth and was broken up in 1822. The Prince of Wales took part in the 1795 battle of Ile Groix and was Vice-Admiral Robert Calder's flagship in the 2nd  battle of Cape Finisterre in July of 1805. She was not present at the battle of Trafalgar, being recalled to England the middle of October, just missing the battle. Nelson had been ordered to send Calder home to face a court-marshal for his conduct at Cape Finisterre. Nelson allowed him to return in his flagship. As the flagship of Admiral James Gambier Prince of Wales, along with 38 other vessels, took part in the bombardment of Copenhagen and capture of the Danish fleet in 1807. 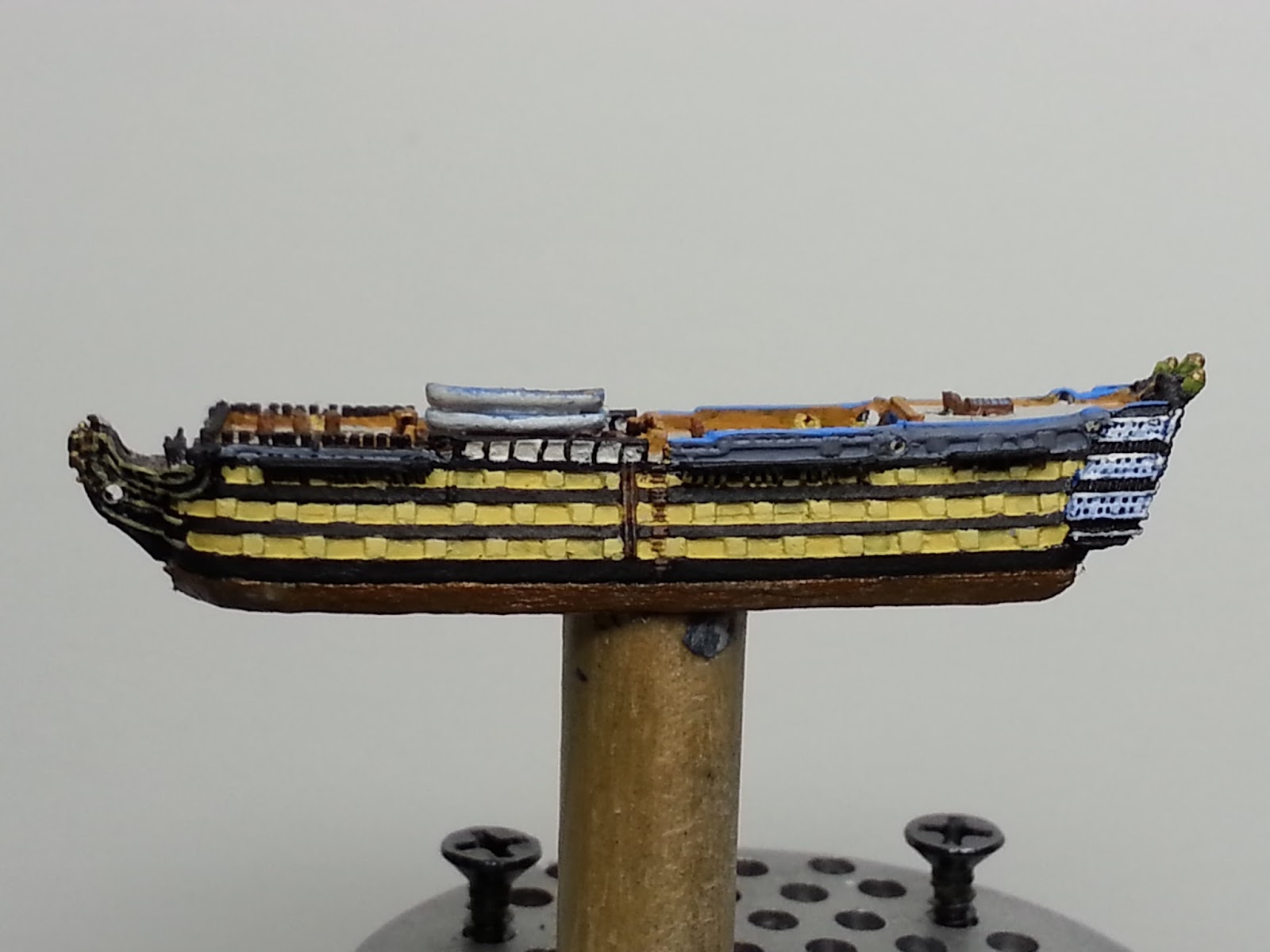 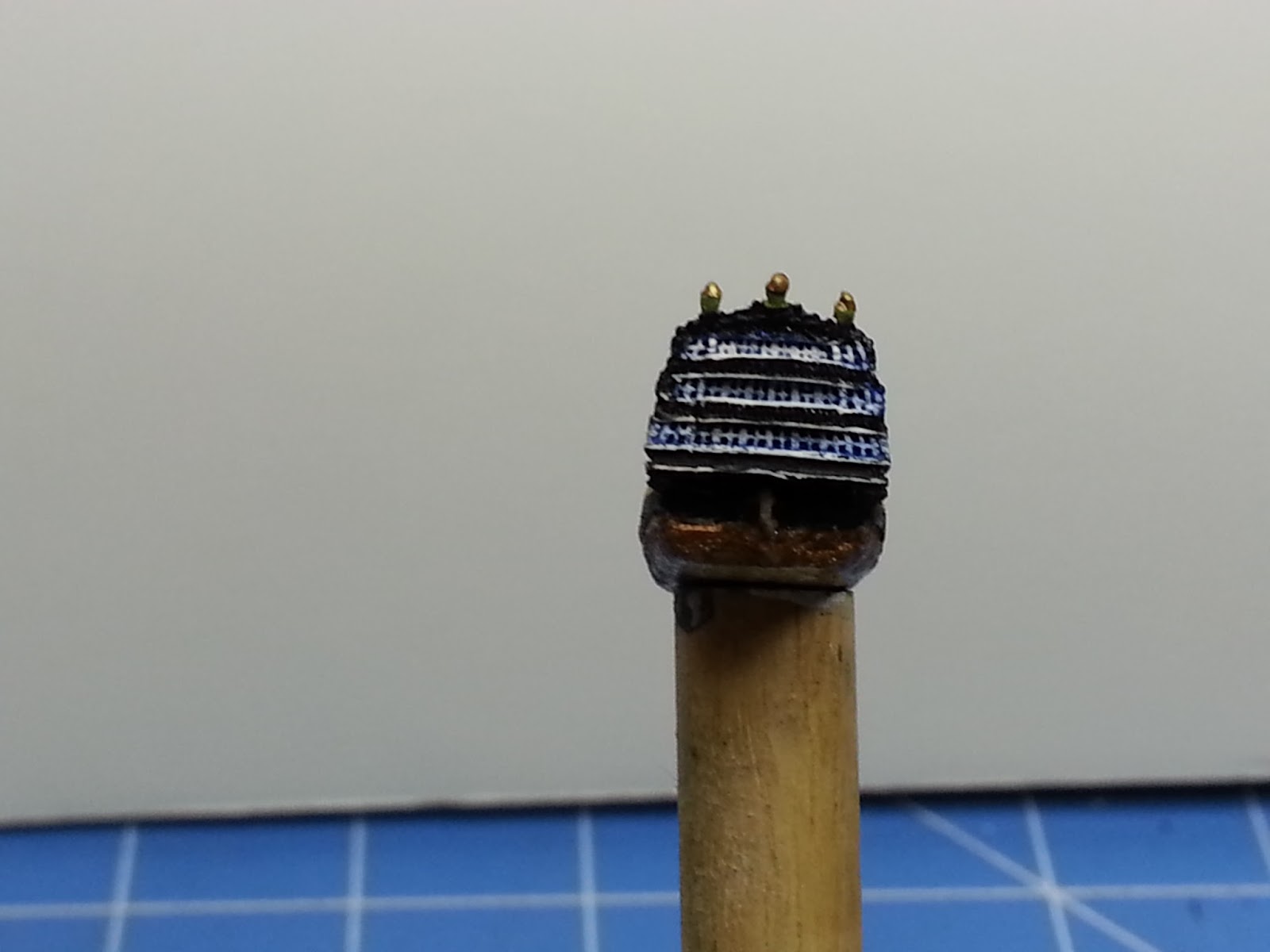 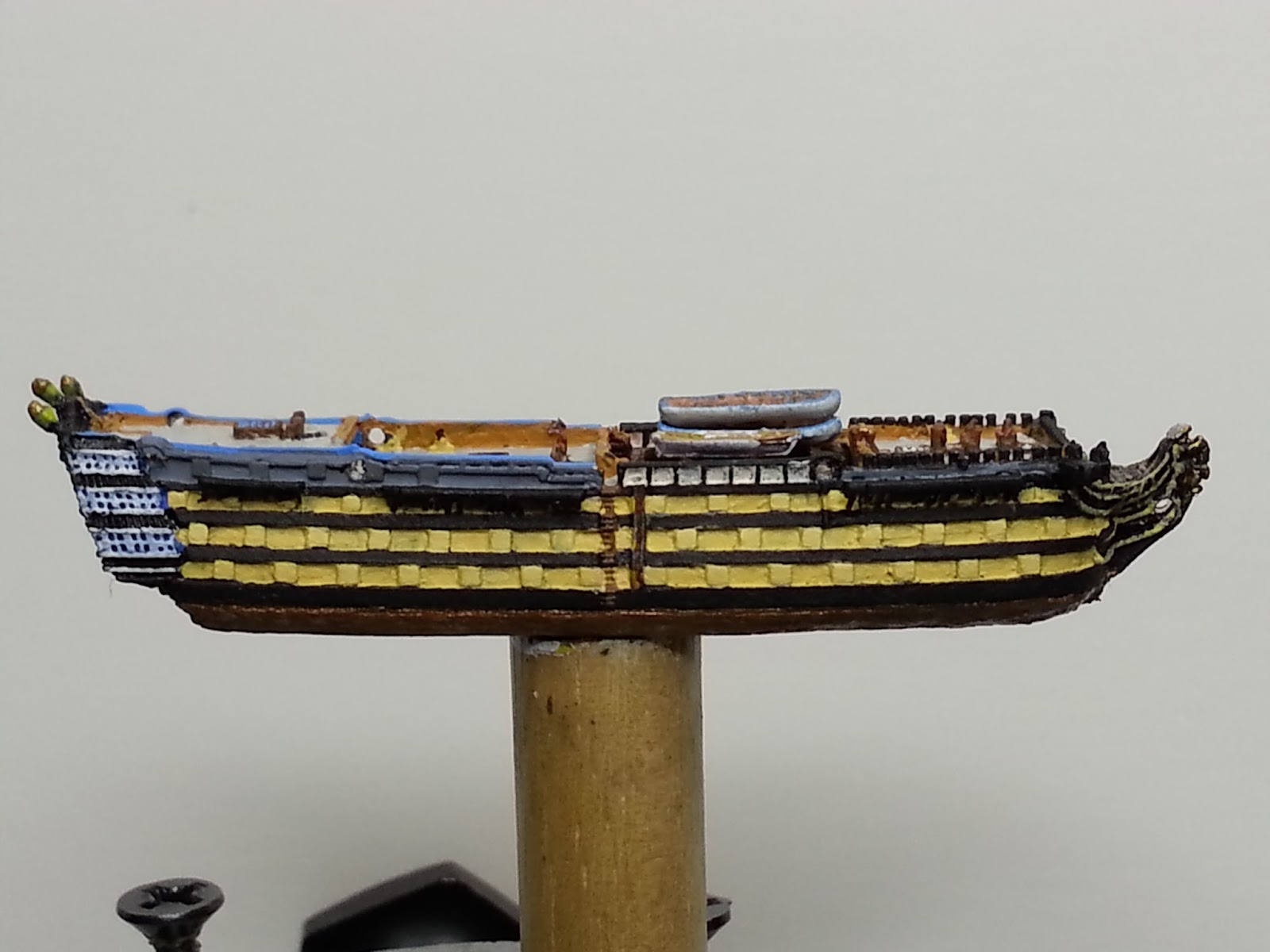 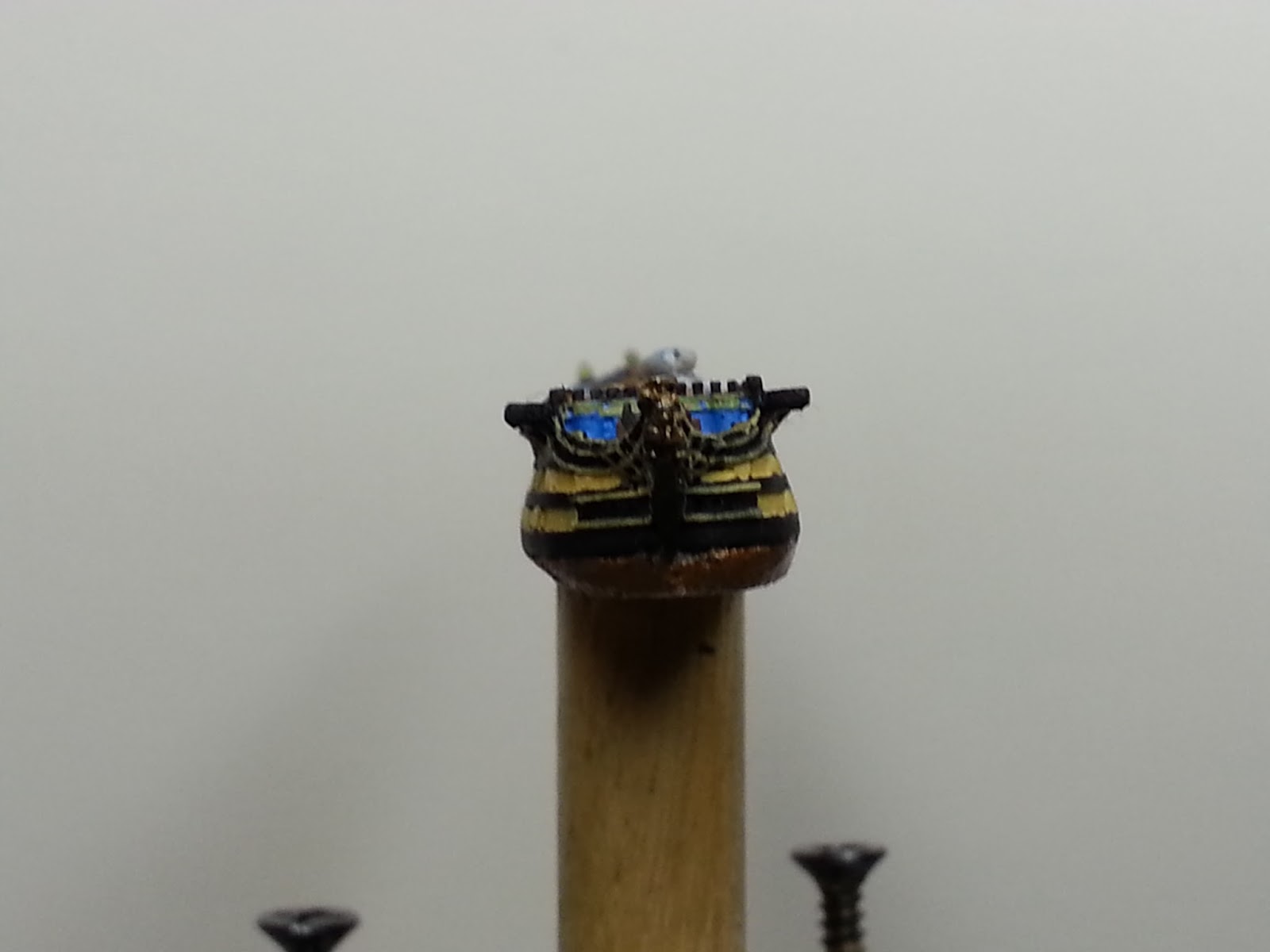 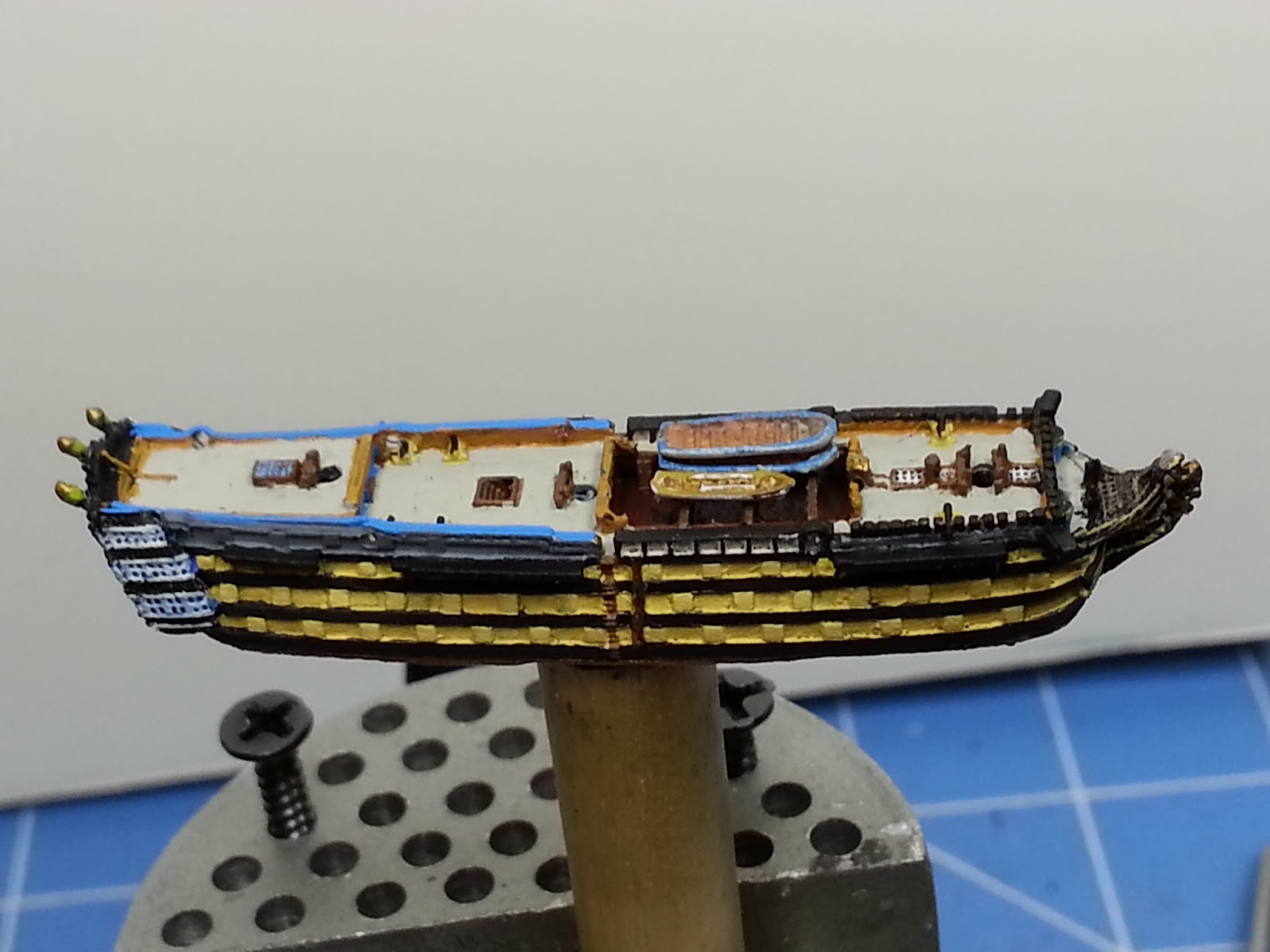 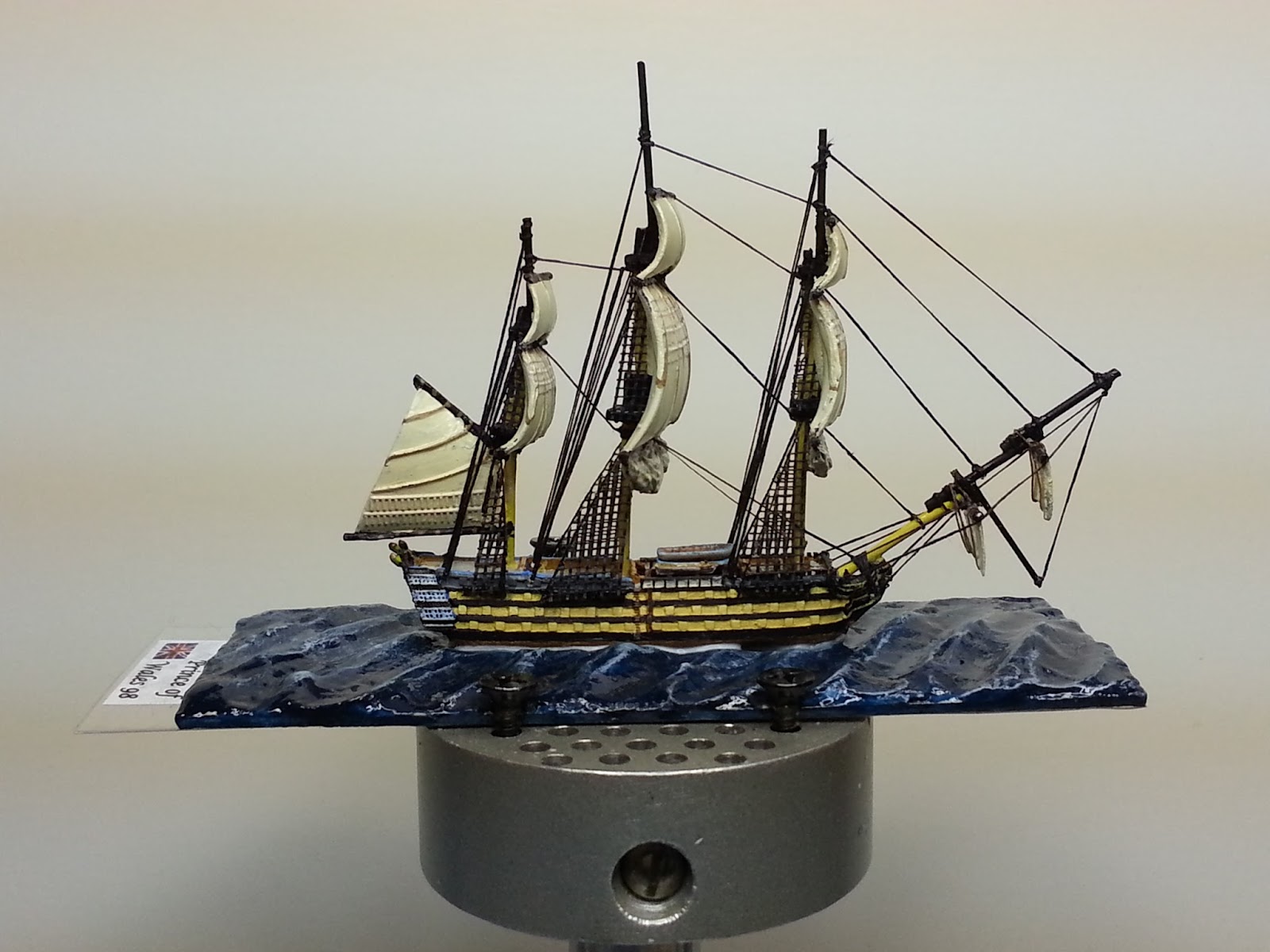 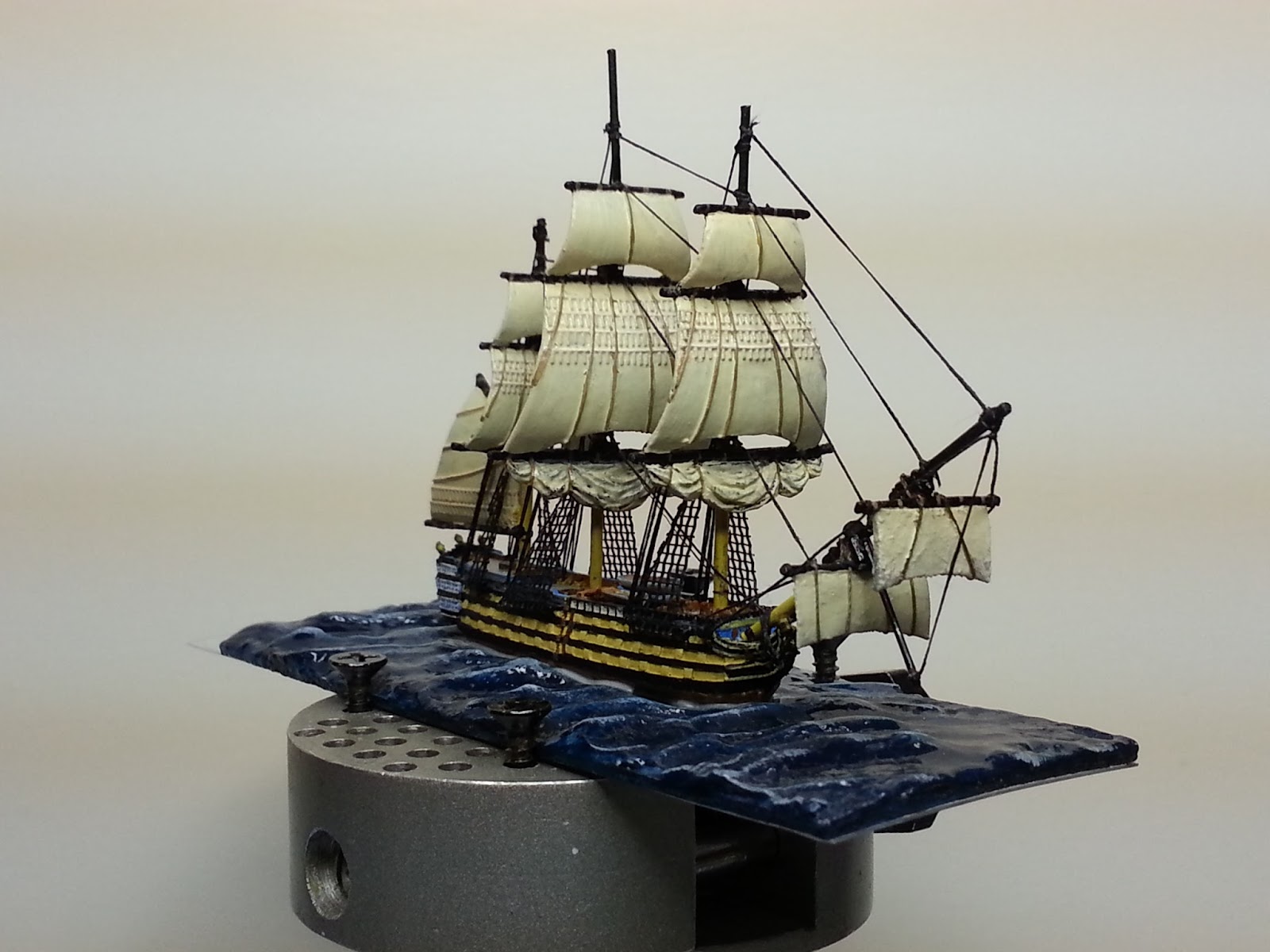 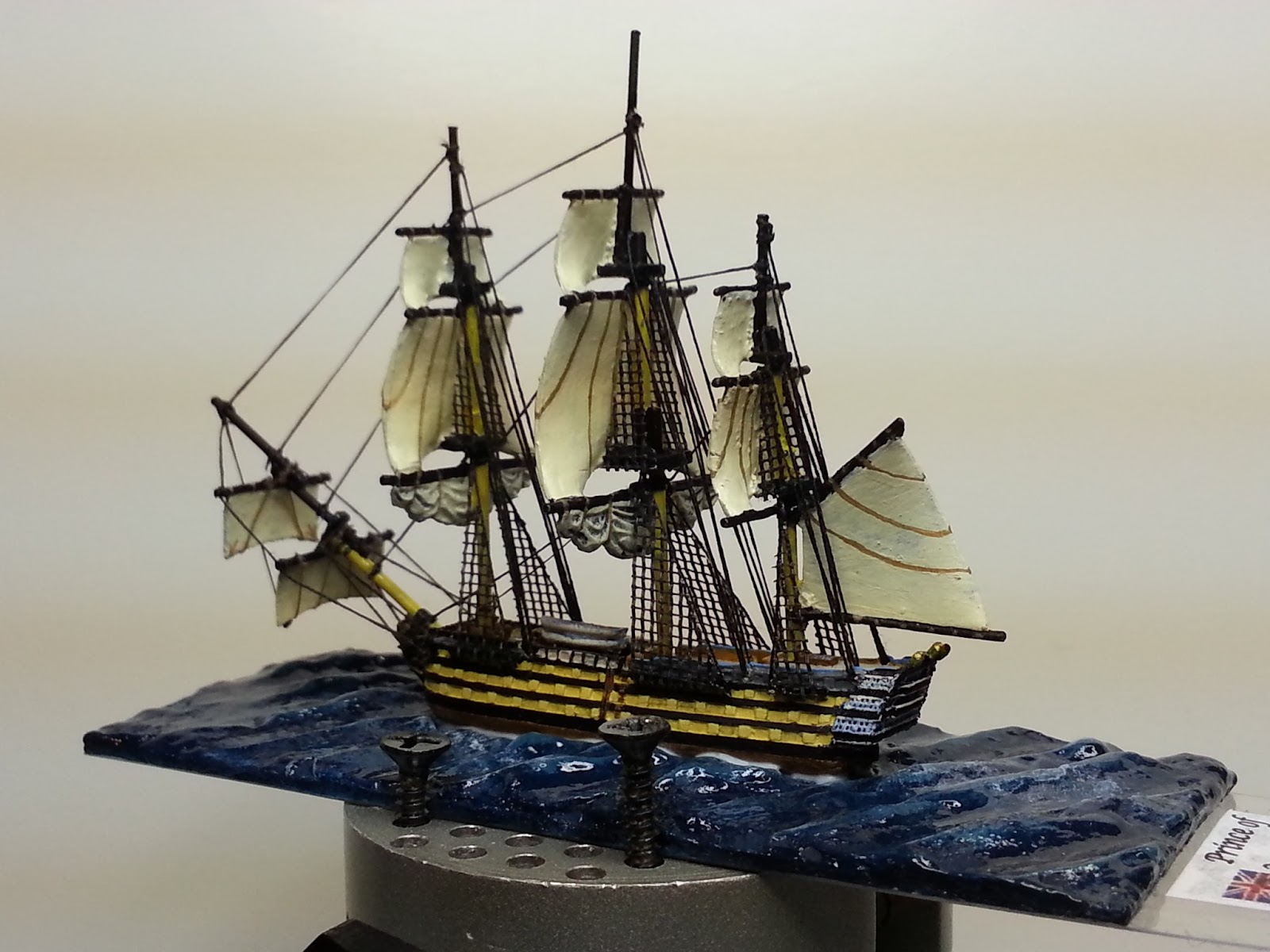 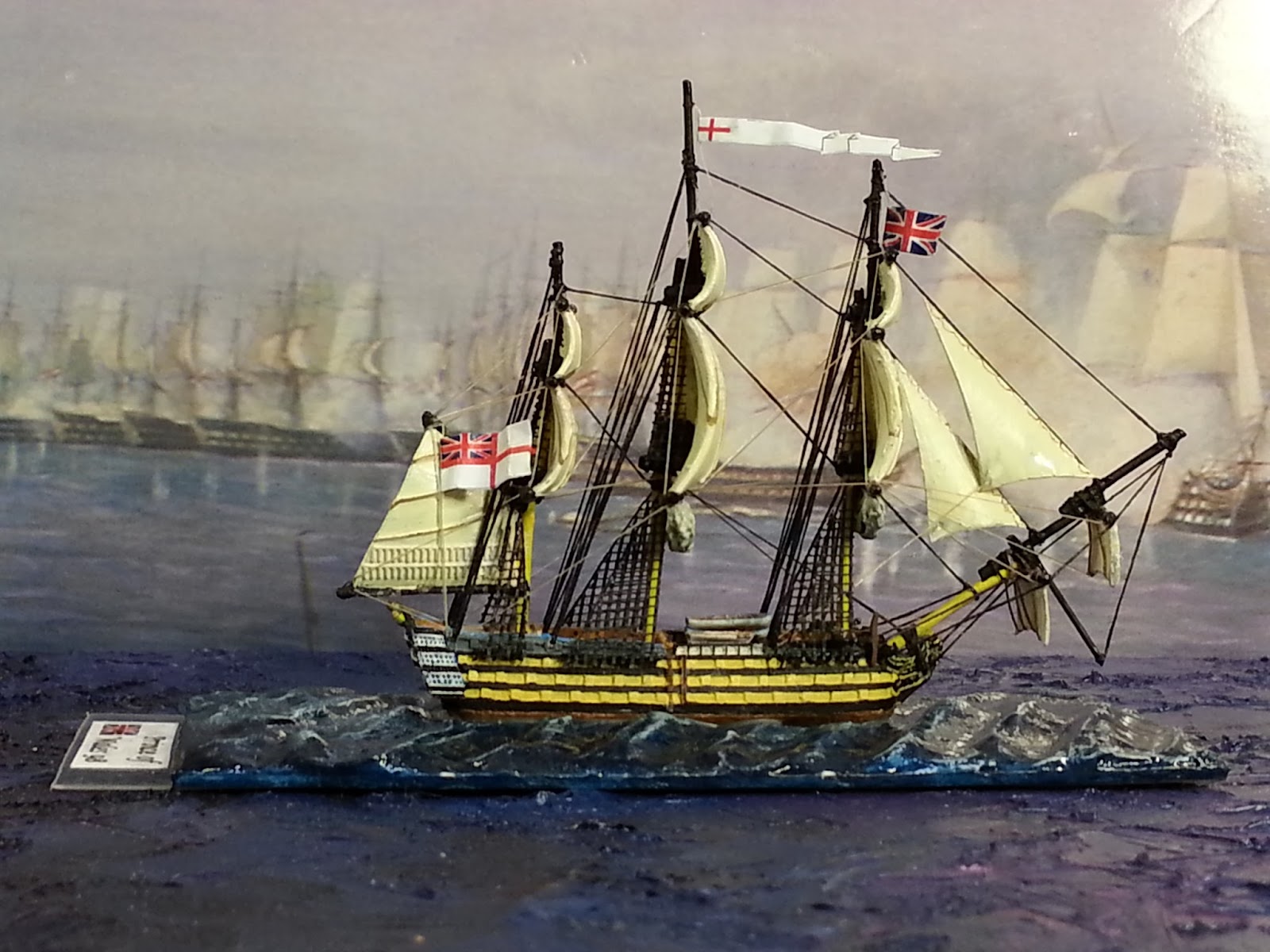 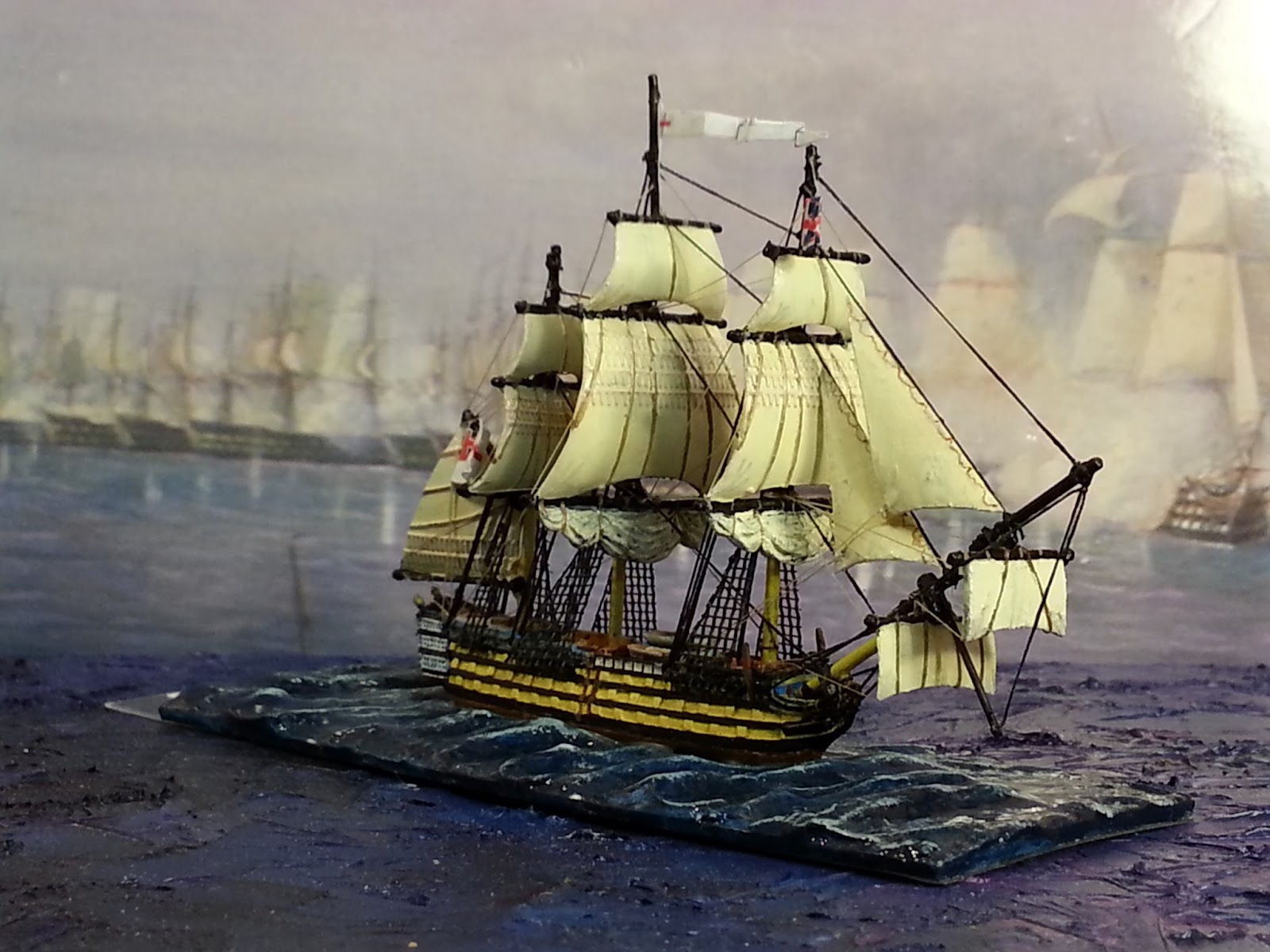 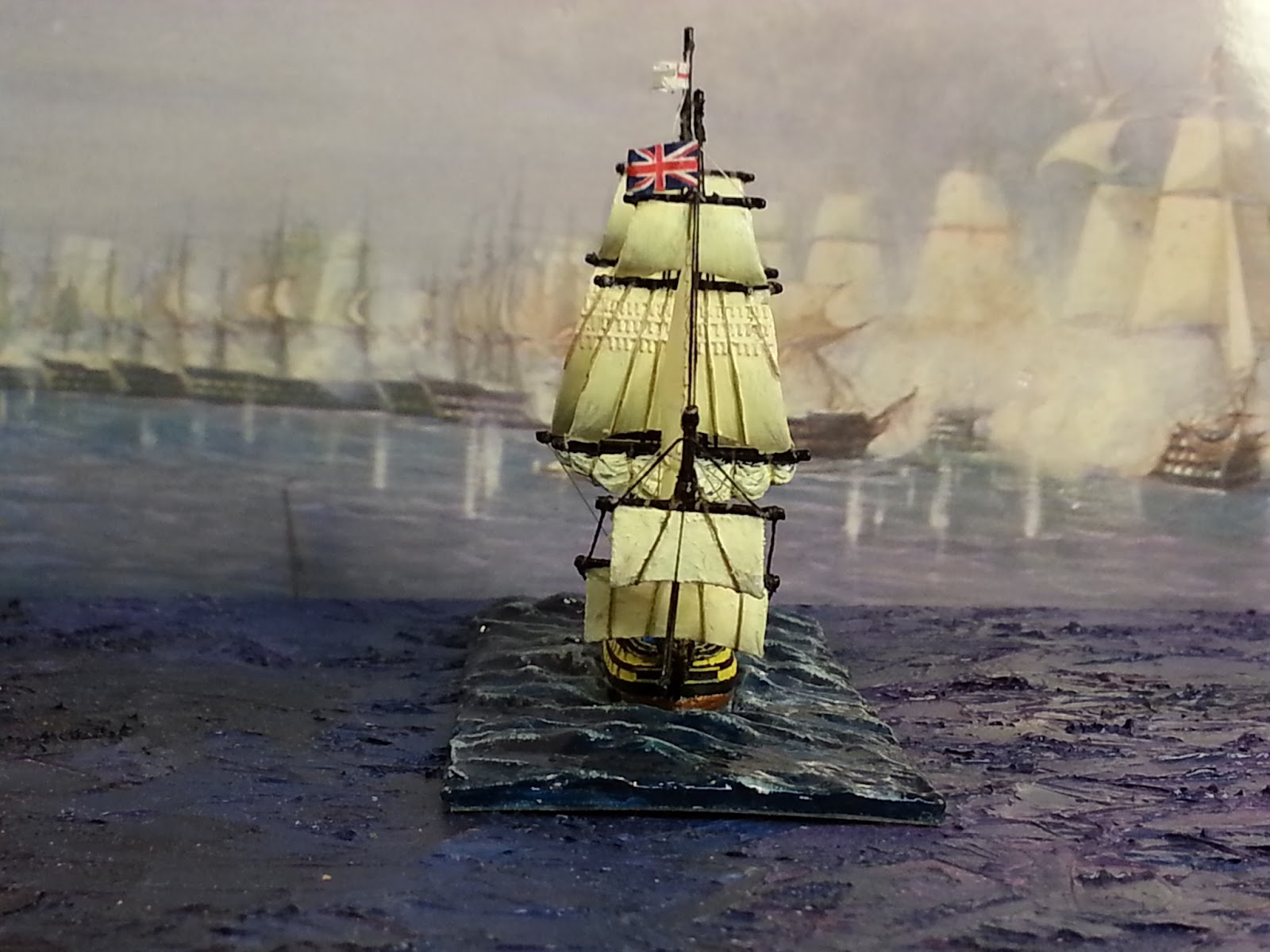 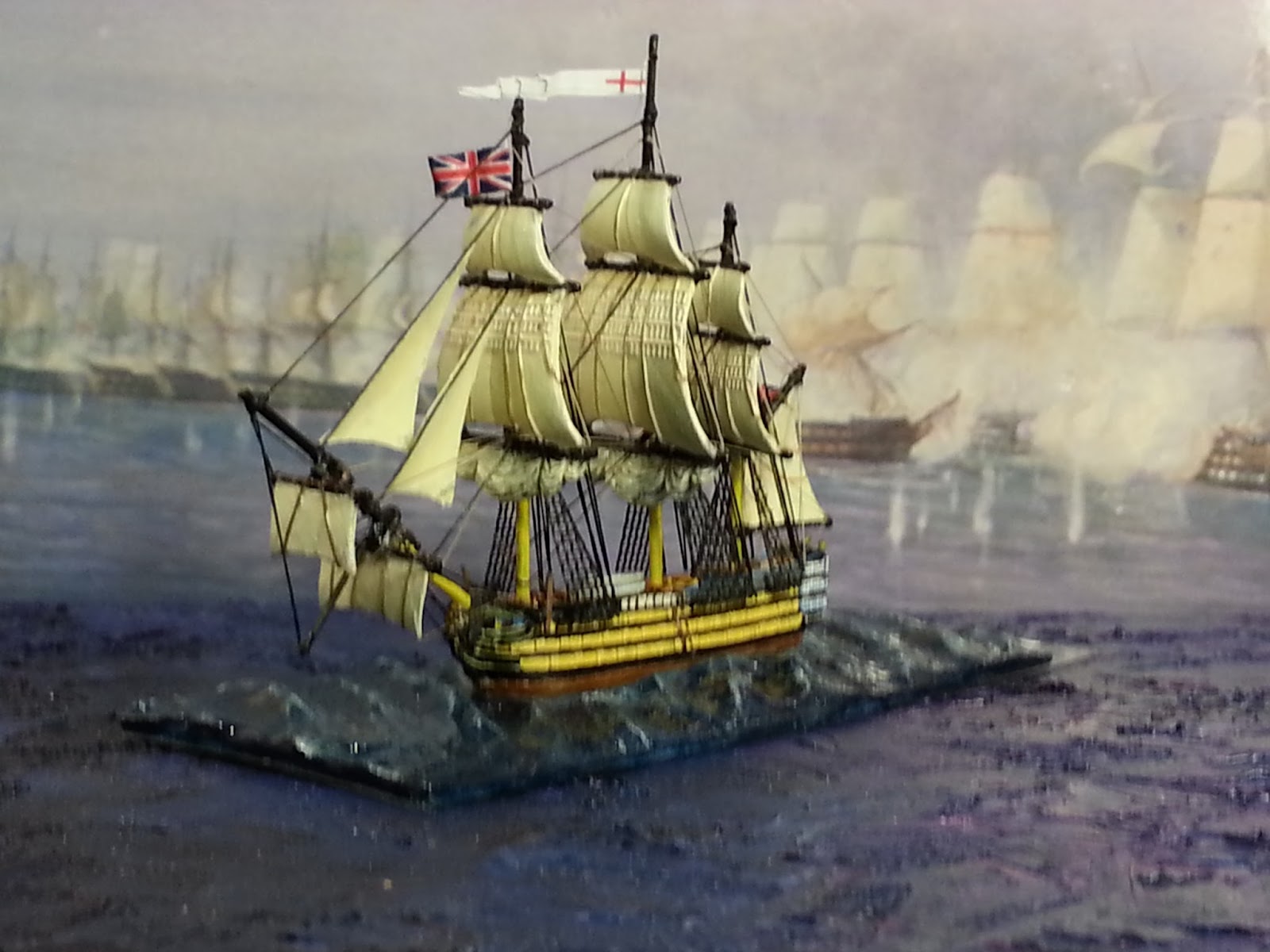 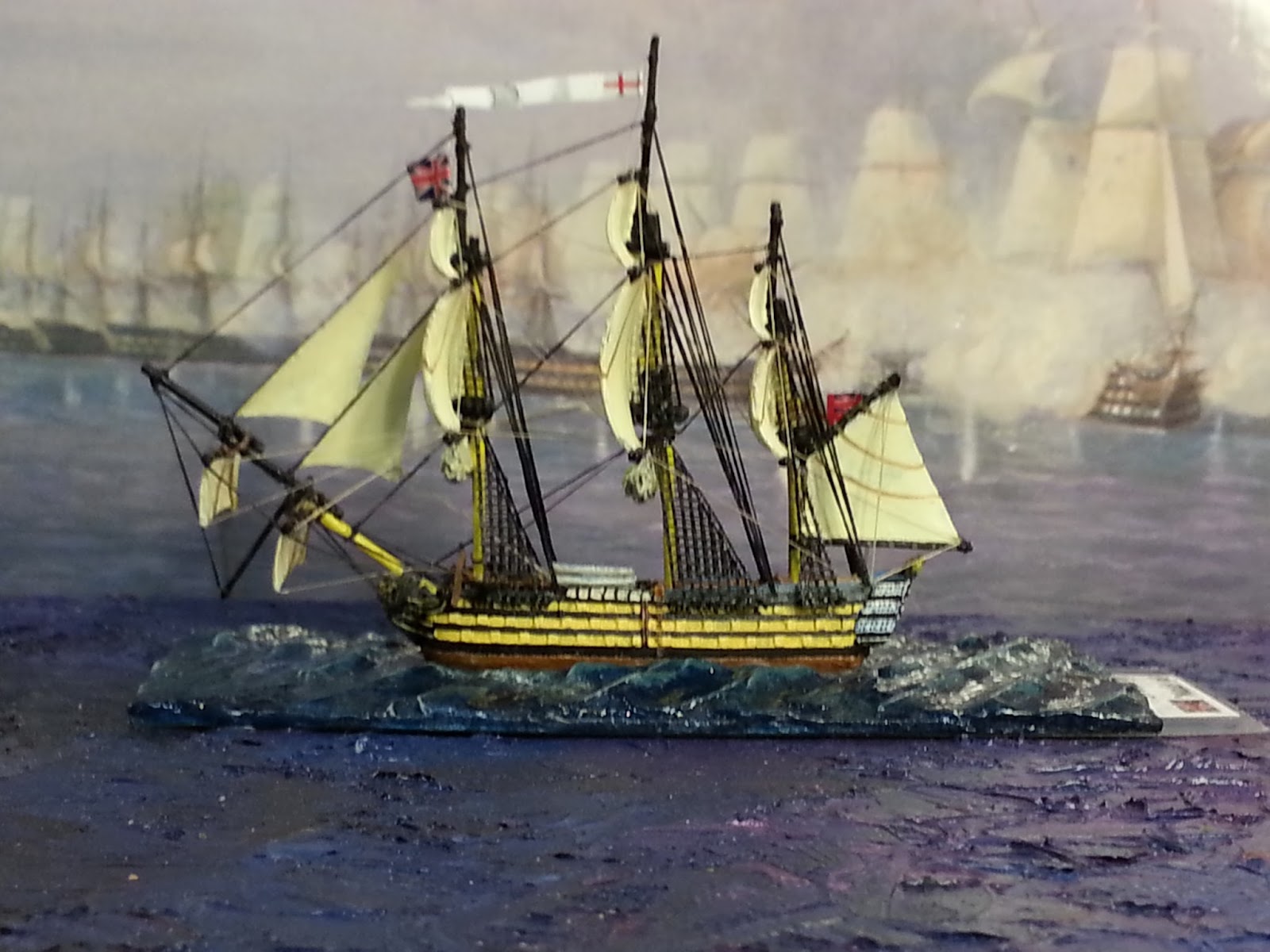 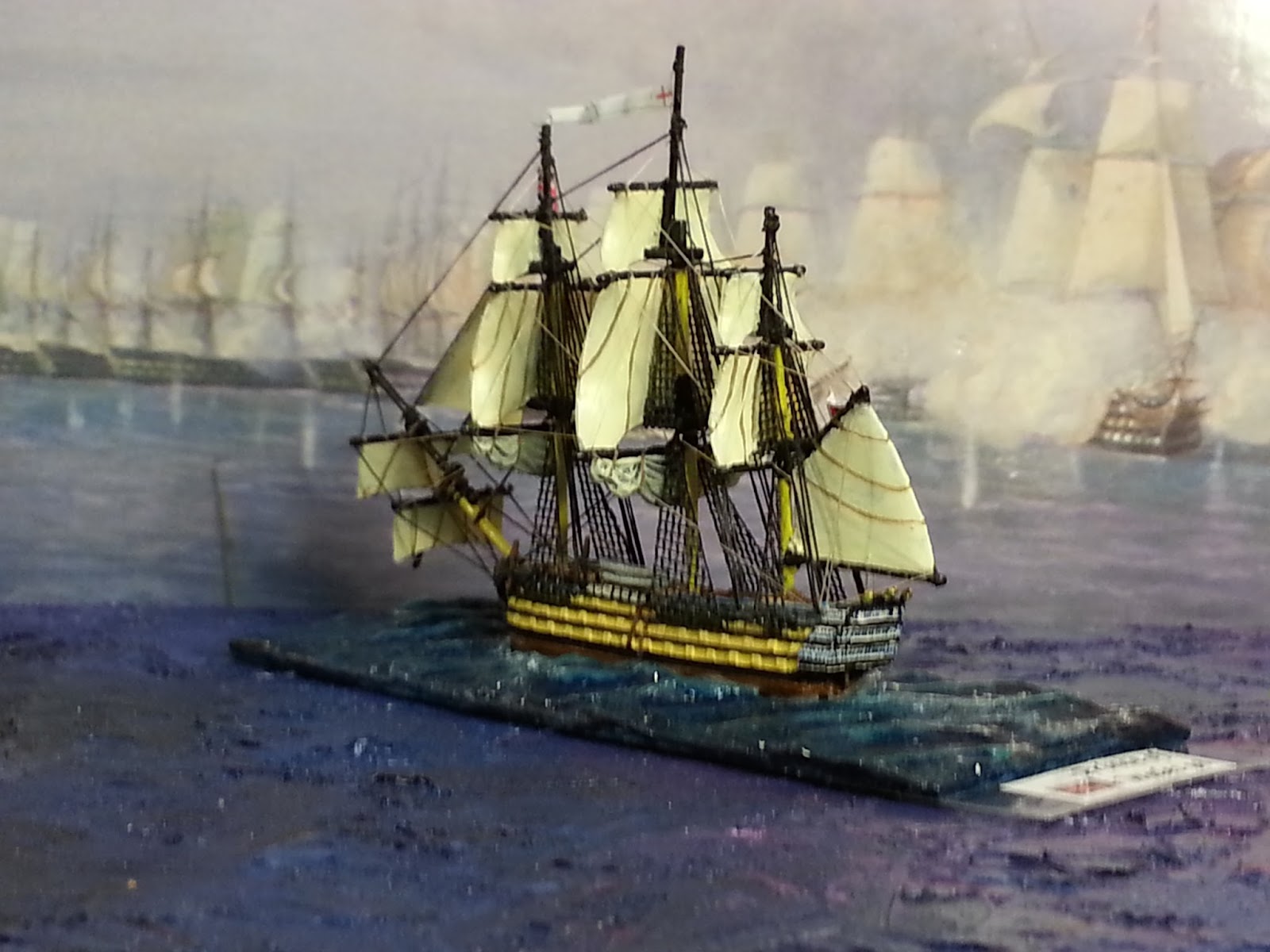 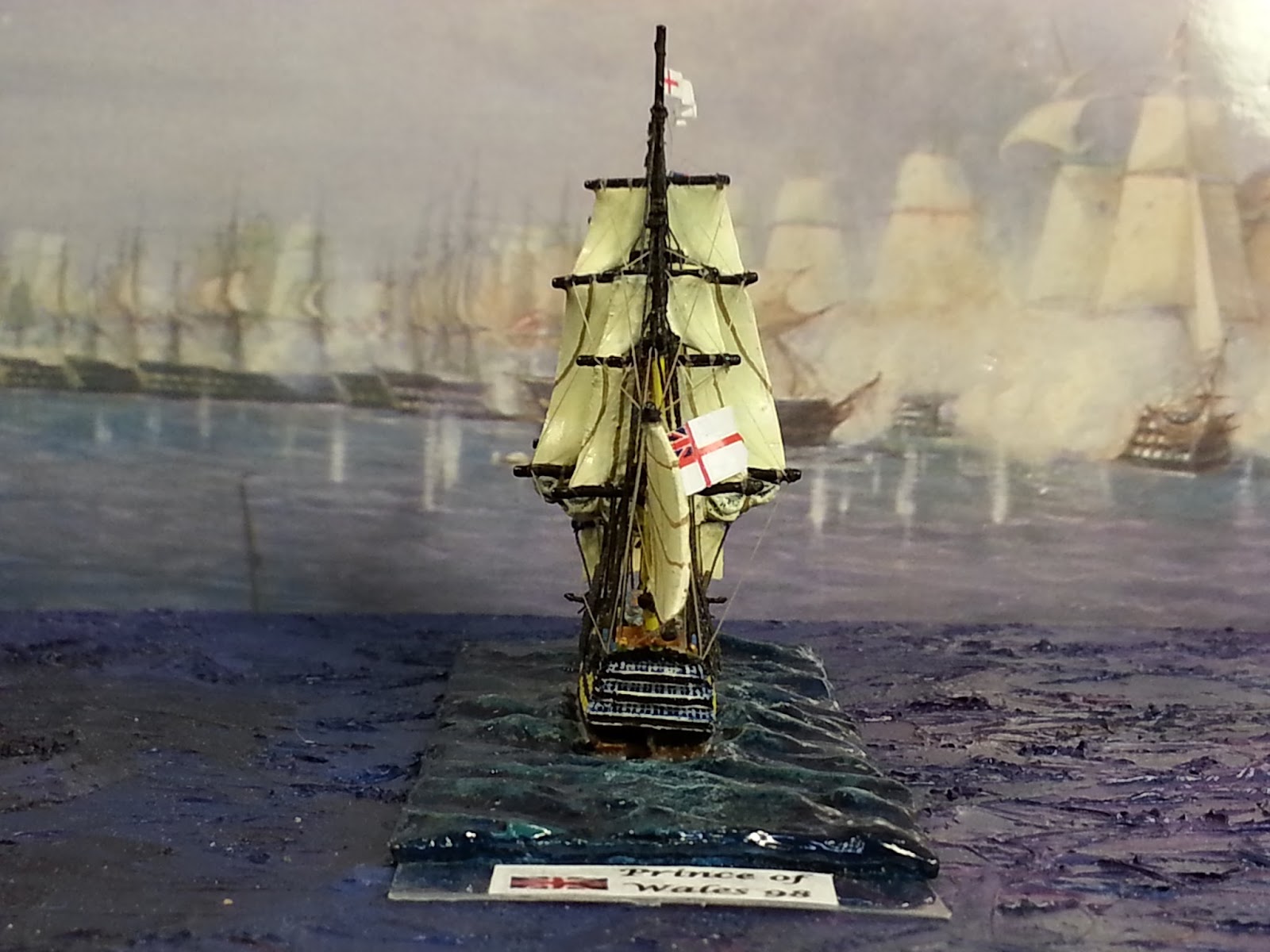 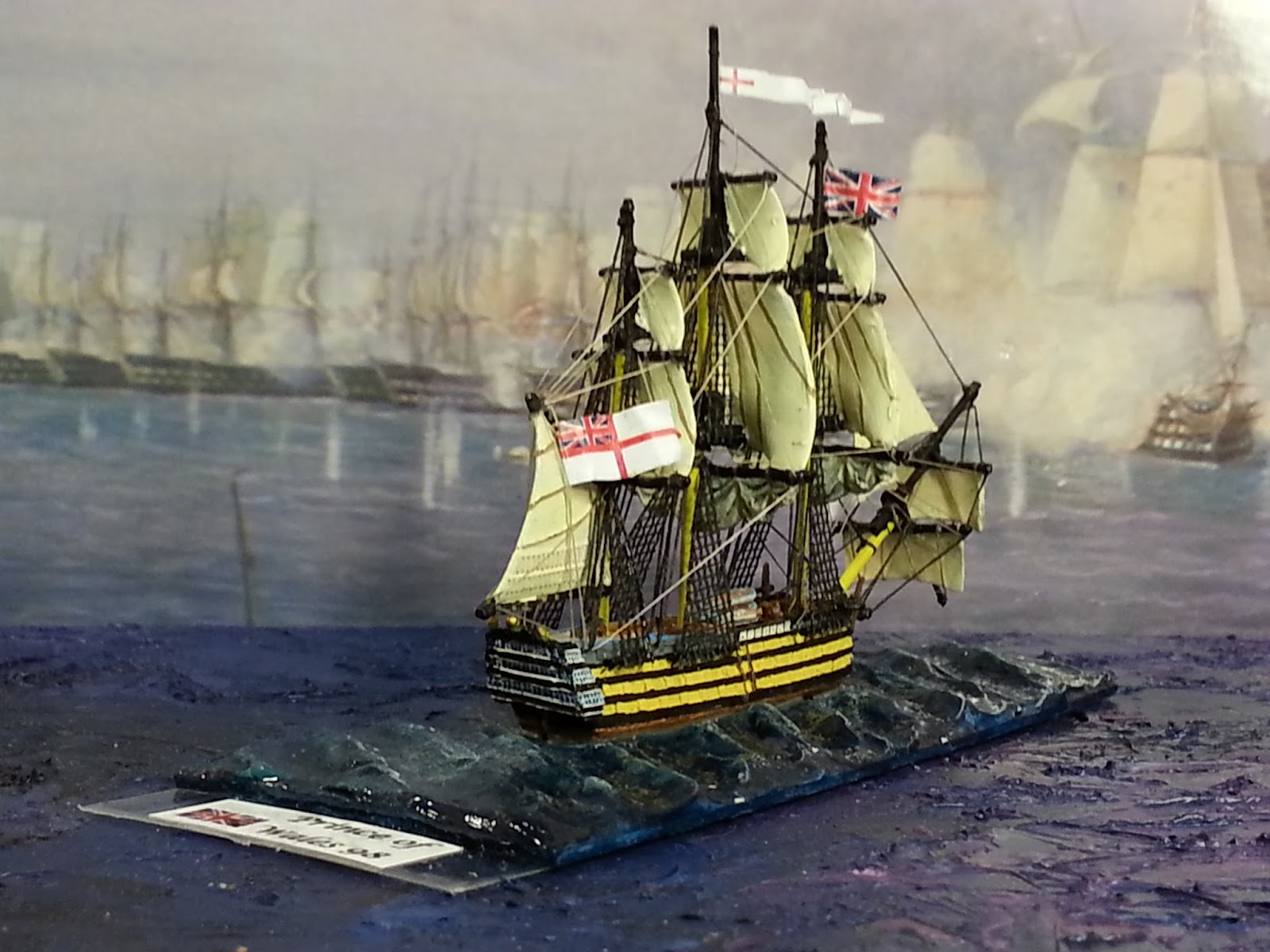 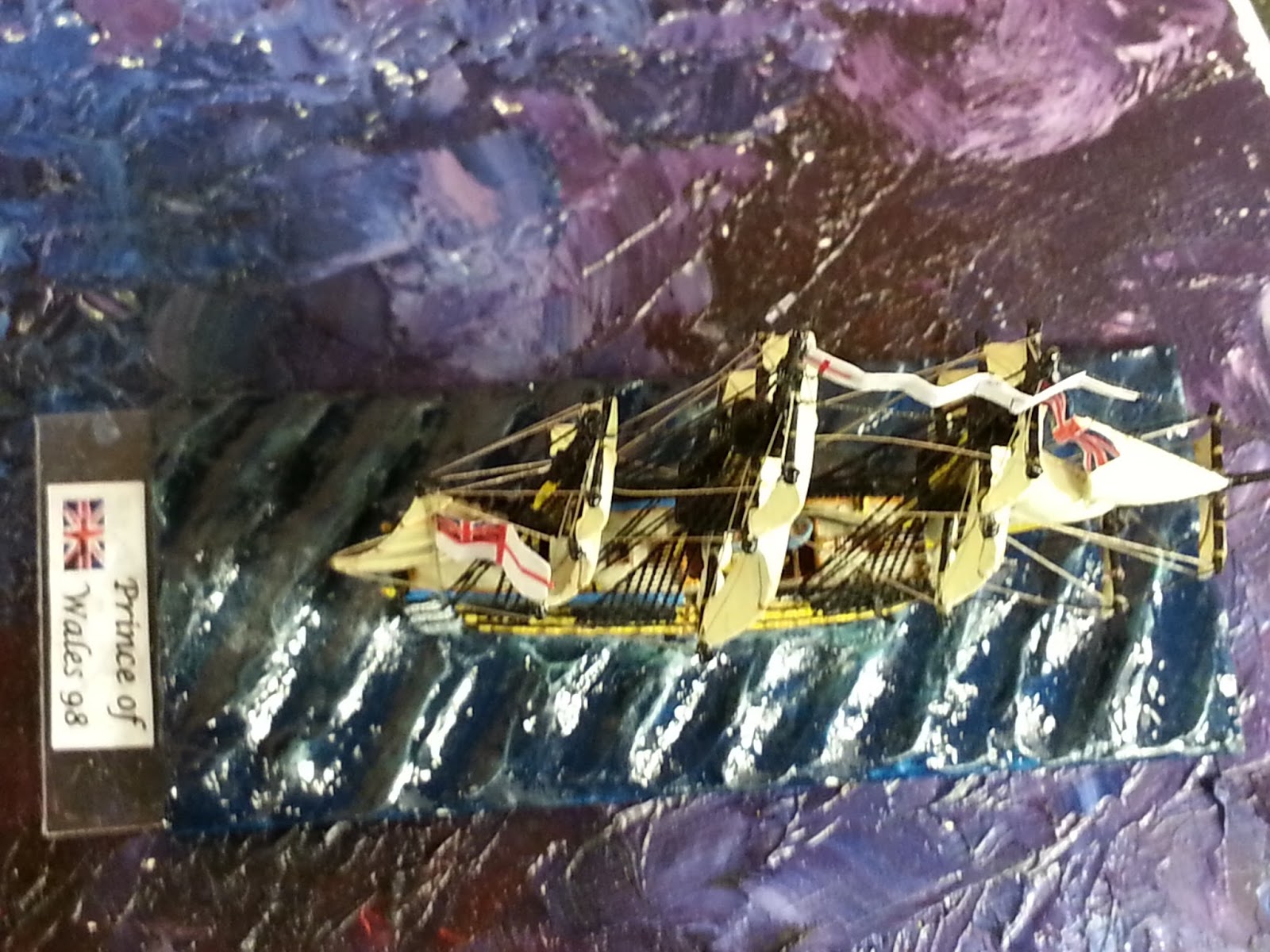 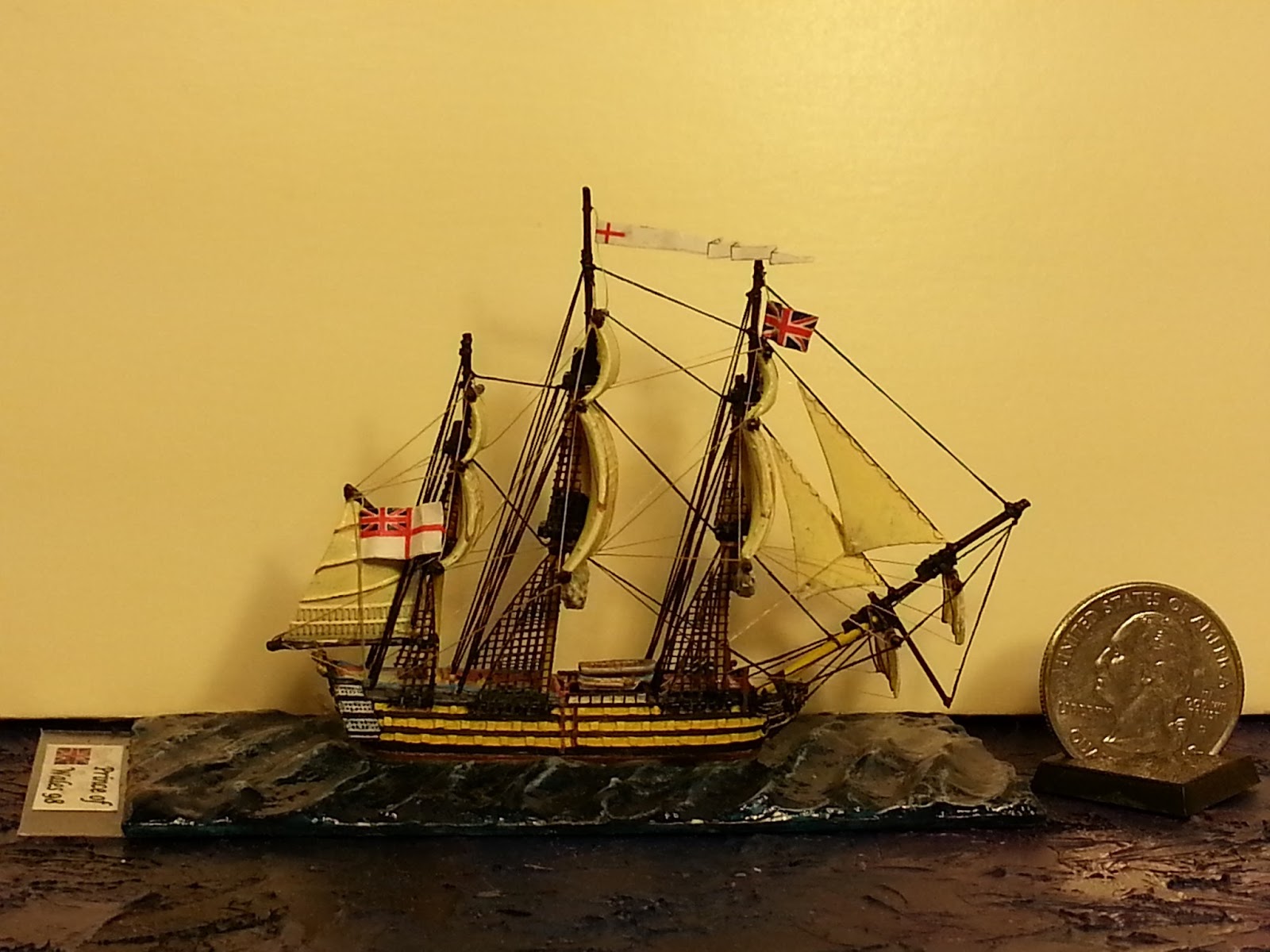