This is my second completed Temeraire class 74-gun Mann O'War PLA 3D printed ship designed by Simon Mann. It is also my second try at real cloth sails. Like the last ship, I have previously built and posted the Fougueux in 1/1200 scale back in April of 2017. She was launched in 1795 and fought at Trafalgar. She was captured by HMS Temeraire and perished in the storm that followed the battle. The ship's boats and all of the rest, aside from the hull, is scratch built. Hope you like it! 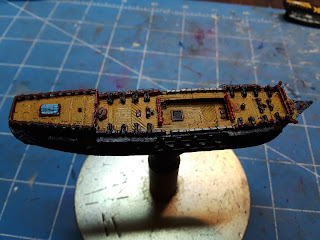 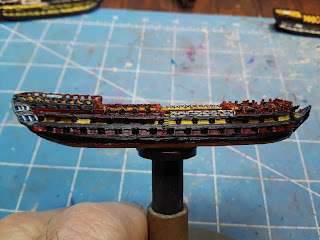 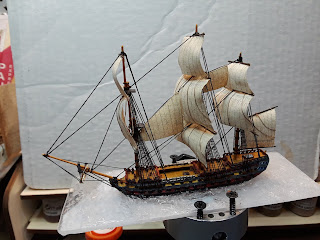 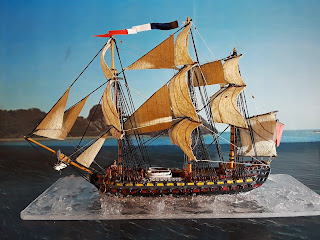 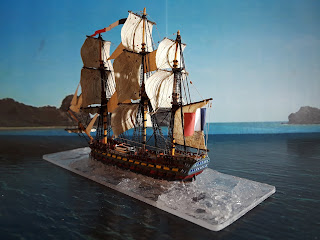 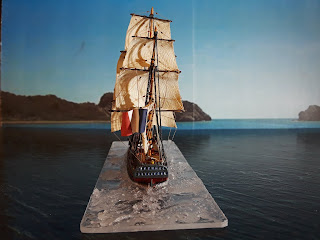 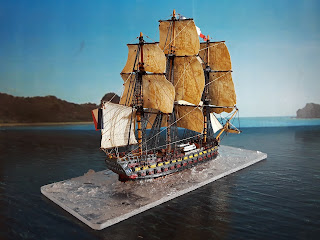 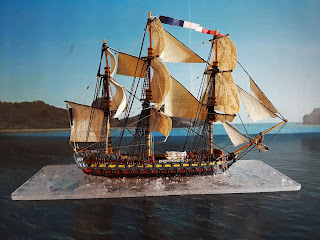 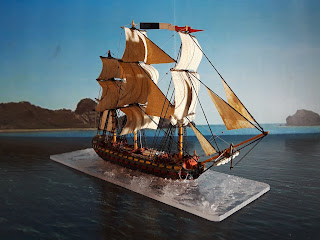 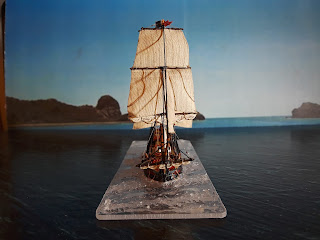 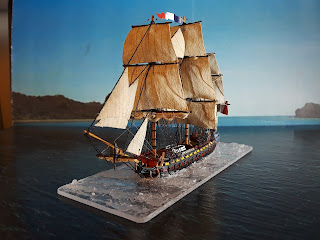 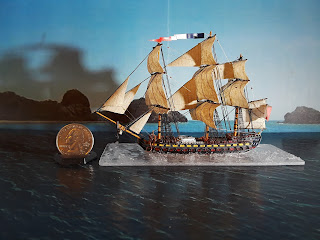 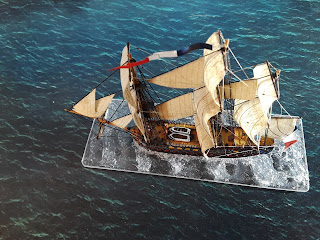 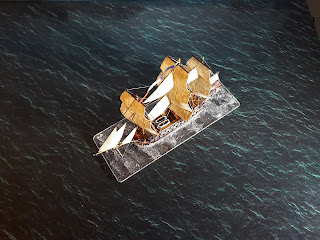 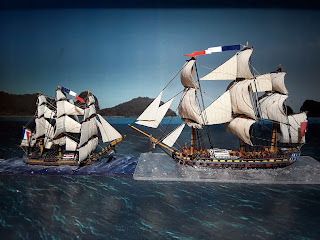 I don't know about the cloth sails. Is it too much? The paper is a lot easier and I'm not sure how much better they look. I think I might have gone too far trying to get more billow effect on this one. The first one is probably better. Please tell me what you think, are the sails on Dougay Trouin or Fouguex better? Do the paper sails on the Argonauta and Purisima Conception look better than these cloth sails?
Posted by A Miniatures Hobby Room at 4:21 PM

Tried to comment earlier but I don’t think it went through….
Anyway; I think the ship looks great. I’m sure you’re slowly working your way through that pile of resin hulls. 😀

I do think the cloth sails look good but it’s not a substantial difference. Might be more durable though.

Thanks Stew. Ha, you are right there, I have such a large pile of 3D hulls I purchased I don't know if I will ever get to any I printed myself.
And thanks for the sail appraisal, much appreciated.

Gorgeous work as always! Not sure on the cloth,I think it's better but your shout if it's worth the extra effort, maybe if you did a number of ships sails at the same time? Efficiency of scale?
Best Iain

You may be right Iain. For the las two ships I have been experimenting with the sail length to achieve more or less billowing effect. When I get the right length down to my satisfaction that may be the way to go. Then I have to figure it out for each rate. Right now I am trying to figure out the masts and sails for a 24-gun 6th rate Porcupine class frigate. Thanks for the input Iain.
Stay safe
Vol