HMS Pandora was a 24-gun Porcupine class frigate of the Royal Navy built at Deptford and launched on 17 May 1779. She was deployed in North America during the American War for Independence. She was laid up in ordinary after 1783. She is best known as the ship sent to search for the Bounty mutineers in 1790. She was wrecked on the outer Great Barrier Reef on 29 August 1791 during the return voyage.
Armament:
Inspiration paintings: 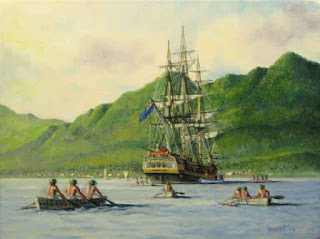 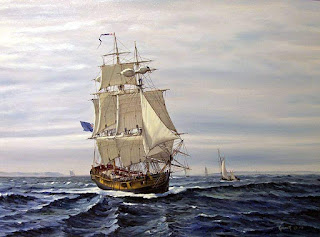 This is a 3D resin model from Henry Turner. It is beautifully detailed and quite delicate. While trying to drill or install rigging tie-off points, I had several breakouts that I had to come up with ways to repair. I also found that painting the thin rails with cyanoacrylate glue considerably strengthens them enough to hold rigging. Another challenge was creating the Iconic Pandora figurehead and getting it as right as I could at this scale. 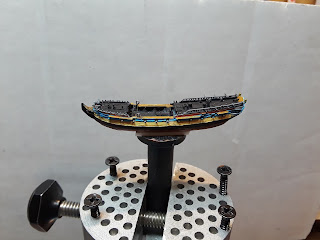 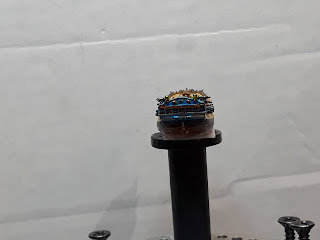 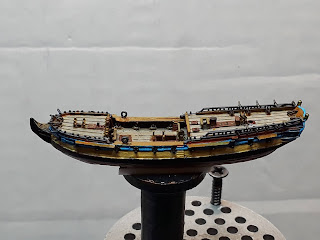 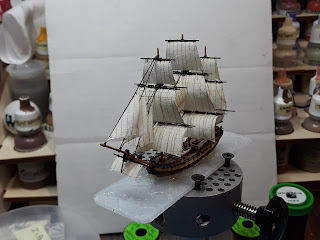 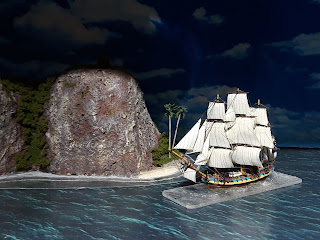 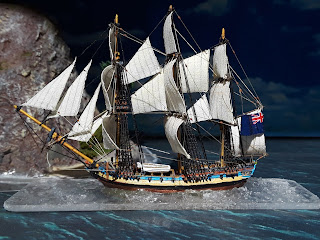 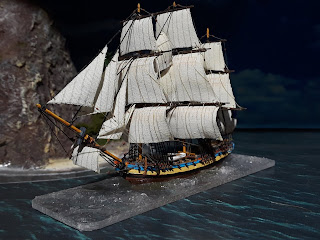 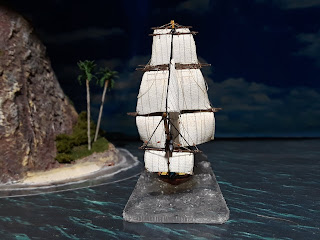 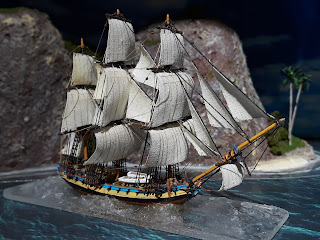 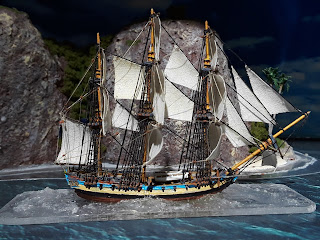 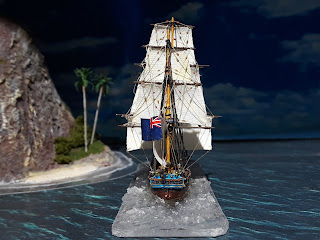 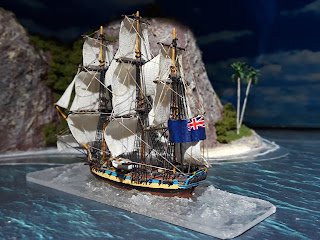 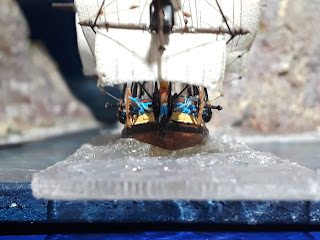 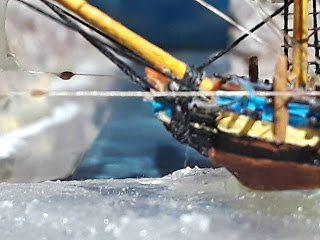 Drat! While photographing Pandora I accidently knocked a 1/1200 West Indiaman to the floor. I don't believe it was much damaged until I stepped back to located it. I drug it under my shoe. She lost her bow sprit and foremast in the squall, but the rigging held it pretty much together. Hopefully the repairs won't be too costly.
Posted by A Miniatures Hobby Room at 1:46 PM

Thanks Adam, much appreciated.
Merry Christmas to you and your family!

Bread clips! Simply genius! Never in a million years would I of thought of that. 😀

Thank you my friend. Haha, the wife complains I never throw anything away! My response is that I am doing my part for the planet by recycling and repurposing.

Thank you Phil, very kind of you

Vol,
Now that is a pretty ship! I second the comment on bread ties for fighting tops; that is a great idea.

Hello Brian, thank you sir!
To answer your question, I believe it depends on what kind of printer you use. Resin is delicate and brittle, PLA is plastic and resilient. This model was a resin print I purchased before I bought a PLA printer. I had also acquired a few 3D printed resin 1/1200 ships. They are just too brittle to even think about building for rigging. I have had a lot of success reducing my 1/700 ship files down to 1/1200 by changing out the nozzle to .03MM or even .02MM on my filiment printer. And with the new ironing feature with Cura 14.1, the detail quality has improved tremendously!

Merry Christmas to you and your family!
Vol